The demise of the international jurist has left a void in the public international law scholarship that will be difficult to fill. 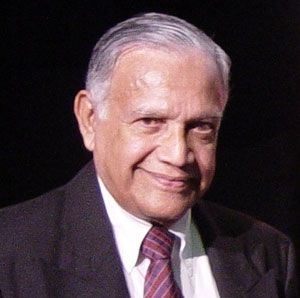 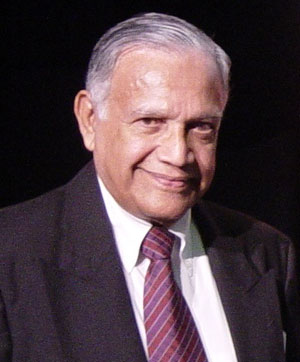 Rarely does an individual rise above the institution he is associated with and leave behind a distinct mark of identity that lives on. This assumes deeper significance if the institution in question is the International Court of Justice (ICJ). Justice Christopher Gregory Weeramantry was one such individual. As a judge of the ICJ from 1991-2000, Weeramantry stood out as the conscience of the court, on many occasions ploughing a lonely furrow in the battle of international jurisprudence.

Surrounded by Westphalian positivism with its linear line of thought in the high portals of the ICJ, Weeramantry pioneered a legal philosophy that challenged the status of quo and that promises to live through the scholarly judgments penned by him. The mark he leaves extends to various areas of jurisprudence, including international environmental law, among others.

However, more significant than his remarkable contributions to the individual areas of law was his evolution of a truly original philosophical orientation that incorporated the wholesomeness of law. Needless to mention that the demise of this judicial giant and humanist par excellence at the age of 90 on January 5 leaves a void in the public international law scholarship that is difficult to fill.

Born in Colombo in the year 1926 in what was then British Ceylon, Weeramantry’s early influences were marked by various bitter experiences with colonialism. This is no small measure influenced the rising young scholar to appreciate the political dimensions of jurisprudence.

The idea that law is divorced from politics and treads an independent path, which has remained the historical premise of law, was recognised as a myth. Trained extensively in comparative religion with the indepth understanding of various religious traditions, Weeramantry defied the image of a conventional lawyer. This unique orientation created a young lawyer well versed with the social realities of law and a keenness of spirit motivated to explore the link between the physical and metaphysical.

Starting out as a lawyer at the age of 22, Weeramantry’s strong academic inclination got him the position of a lecturer in Colombo Law College. His rise from thereon was swift. Appointed as a Supreme Court Judge in 1967 at the relatively young age of 41, he quickly rose to become a strong luminary on the bench. In 1972, resigning from the Supreme Court, Weeramantry joined Monash University, Melbourne, and served as the Sir Hayden Starke Chair of Law with distinction. In 1991, he was appointed as a judge of the ICJ and vice president of the court in 1997 until his retirement in 2000.

Conferred with numerous international and national honours, including the Sri Lanka Abhimanyu in 2007 and Right Livelihood Award in the same year for his lifetime contribution to expanding the rule of international law, Weeramantry’s legacy is an integral part of international humanism and justice.

Weeramantry’s nine years in the ICJ were characterised by several key judicial opinions which enriched the judicial methodology of the court amidst ushering in a breadth of creative borrowing from diverse sources. He is most well-known for his dissent in the Nuclear Weapons Advisory Opinion 1996 in which he held the use of nuclear weapons to be illegal in all cases. Even two decades later, the judgment is regarded as the judicial bible of pacifism and humanitarianism.

Holding the employment of nuclear weapons to be a negation of humanitarian law and one with the potential of striking a mortal blow on human existence itself, Weeramantry, citing extensively from various traditions and schools of thought, establishes a convincing narrative on the dangers posed by nuclear weapons, hence prohibiting their usage even as a self-defence strategy.

Significantly, Weeramantry was at the forefront of rebutting arguments that the issue of the legality of nuclear weapons was not merely a political question but one with strong legal dimensions and well within the competence of the ICJ to intervene. The uniqueness of this approach can be gauged from its willingness to incorporate ideas of morality, justice and fairness in a supposedly colourless and drab legal issue requiring a rigid linear line of thinking. However, this approach of borrowing from outside the traditional domains of acceptable legal sources ruffled some conservative legal feathers, becoming a source of trenchant criticism for Weeramantry.

Another significant opinion of Weeramantry pertains to the Gabcikovo-Nagymaros Project (Hungary/Slovakia) case of 1997. While dealing with treaty obligations arising in the context of constructing a dam on the river Danube, Weeramantry’s independent opinion highlighting the concept of sustainable development as a historical concept in vogue for centuries guiding and balancing human development and environment protection is reflective of his penchant for historical reasoning and original analysis.

An unmistakable theme in Weeramantry’s judicial methodology was the need to look beyond ‘Eurocentric’ perspectives in legal reasoning and embrace ideas from distinct cultures, worldviews and philosophies which accord greater wholesomeness to judicial opinions.

The radical separation of religion and its ideas from the law was a trend that disturbed Weeramantary who strongly believed in the logical potency of spirituality and its ability to influence human action for the better. His judgments were bold efforts to explore the canvass of judicial decision making using these tools which apart from being a truly original contribution to international law helped humanise and sensitise law to alternative and hidden perspectives that were often ignored if not unknown.

Weeramantry was an internationalist in the true sense of the word and his demise marks the end of an era in international judicial creativity.