The JNU administration under vice-chancellor M. Jagadesh Kumar is trying to systematically stamp out the right to dissent within the campus, writes Mohit Pandey, president of the university's students' union. 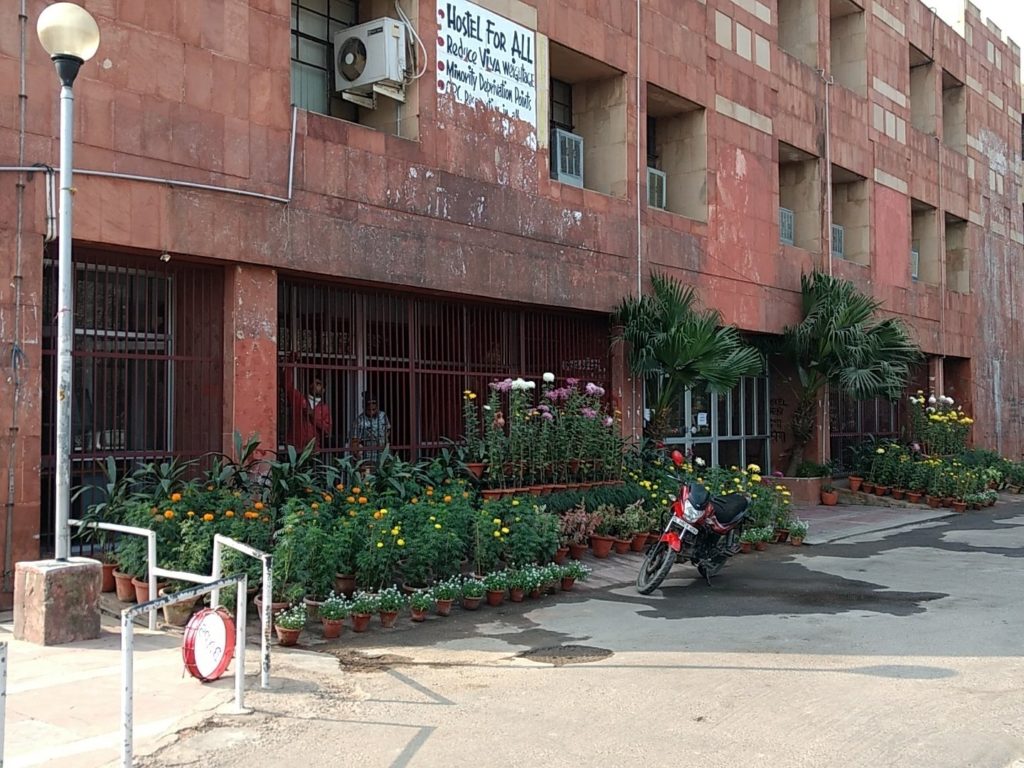 Professor Mamidala Jagadesh Kumar took over as vice-chancellor of JNU on January 27, 2016. Within weeks of his joining, the campus witnessed an unprecedented crisis with the Delhi Police being given a free hand to raid the campus, witch-hunt political activists and arrest at will without the vice-chancellor demanding either evidence or warrants before allowing such action. The vice-chancellor faced strong resistance from both students and teachers which introduced him to the spirit of JNU. He understood that in order to convert JNU into an RSS shakha, it is imperative to destroy the structures and policies that make the campus an inclusive and egalitarian space.

That is why a fresh round of attacks has been unleashed by the vice-chancellor.

Najeeb Ahmad, a minority student disappeared from the campus after being violently beaten up. The vice-chancellor has shown complete inaction in finding Najeeb. He has given the ABVP the green signal to freely indulge in violence and intimidation by refusing to punish Najeeb’s assaulters – even after they have been proven guilty by a proctorial enquiry.

Eleven students from marginalised communities have been suspended by the vice-chancellor without any chance of defence being given to them. Threats have been issued to student activists for protesting at the administration block.

Kumar’s administration has the highest number of notices ever served in the past year to student activists, including former and current union office bearers at each instance of protest – including when an effigy of gau rakshaks and the Gujarat government was burnt and while observing May Day.

The administration has also attempted to surveil public meetings – guest speakers as well as student participants.

JNUSU agenda trampled by the VC in academic council meeting

The student community has been fighting to reduce the weightage of viva-voce since 2012 to address the issue of structural discrimination in the entrance exam. The latest viva committee which had JNUSU representation came out with a positive recommendation of reduction in viva weightage from 30 to 15. But the vice-chancellor and his team made a complete mockery of all norms and procedures by refusing to implement the recommendations of the committee and impose instead his anti-student and partisan agenda. At one stage, the vice-chancellor bypassed the committee recommendations in an abrupt manner, by showing a UGC circular of May 5. However, when JNUSU forced a discussion, the VC decided to leave it to the ‘discretion’ of individual centres, despite the majority of the academic council voting in favour of reduction in viva weightage.

The JNU entrance exam fee was hiked arbitrarily during the academic council meeting of December 23, which was adjourned.

The vice-chancellor’s brazen double-standards during the conduct of the recent academic council meetings are all too obvious. The well-researched recommendations for reducing the viva weightage, which was a pro-student and pro-social justice move, was scuttled. On the other hand, the anti-student proposal of fee hikes, which lacked any clear rationale or details, was adopted swiftly and with very little discussion.

The VC is repeatedly tampering with the autonomy and quality of the university in deciding course curriculum through his insistence on imposing courses dictated by the partisan views of the government of the day. For example, while JNU has no specialisation or departments related to areas like AYUSH, the VC forced the decision that the ‘AYUSH fellowship holders will be allowed to take admissions’ and also that the ‘AYUSH degrees can be considered for equivalence by centres’, without offering any academic rationale as to which centres and faculty will admit such students. In a situation where the already existing academic infrastructure is crumbling down, where no new hostel has been constructed for students, the sudden moves to introduce such spurious proposals betrays the loyalty of the JNU administration to the political agenda of the RSS-dictated government, at the cost of academic rigour and the inclusive infrastructure of JNU.

On the academic council meeting of December 26, where Part B of the council’s agenda was to be discussed (where there is no JNUSU representation), the vice-chancellor took his agenda of  tampering with the decision making process to a new low.

First, the minutes of the previous meeting that was circulated, carried several errors, misrepresentations and falsities. Most alarming among them was the VC’s sly move to manipulate the constitution of the faculty selection committee, which as a general norm is decided upon by individual centres. This is a clear attempt to push through political and saffronised appointments, at the cost of a free and fair selection process.

In spite of strong opposition from the members, the VC tried to leave the meeting in a hurry after declaring the minutes to be passed unilaterally. When he faced resistance from the members, the registrar read the rest of the agenda and the VC announced all the items as ‘passed’. This is a gross and brazen mockery of the institution of the academic council.

The UGC notification was declared to be accepted by the vice-chancellor, without any discussion being allowed on this crucial issue. According to the UGC notification, the written test in entrance exam will only be a qualifier and viva voce will determine someone’s selection in the merit list. This is a total U-turn from the proposal of the viva committee that recommended the reduction of weightage of viva voce to deal with structural discrimination. If the UGC notification is applied and viva becomes the sole criterion for inclusion in the merit list, it will be a death blow students from deprived sections who seek admission in JNU.

After unilaterally passing all agenda in the meeting, the VC has suspended 11 students alleging disruption. All these students belong to marginalised social communities. Within 24 hours of the Part B of the meeting, the VC suspended these students without even giving them a chance to defend themselves. A replica of HCU’s vice-chancellor Appa Rao’s model of victimisation and vengeful action is being seen in JNU under Jagadesh Kumar’s regime. After chalking out policies of shutting doors to marginalised communities, this is how the VC wants to criminalise activism and punish students from marginalised section who have made it to the university.

The administrative block, which has been a site of historic struggle within JNU, has been declared a ‘no protest zone’. Grills have been put in place and a notice has been erected warning everyone to not protest there. All this has been done after students demanded action by the VC to find Najeeb and punish his assaulters.

Threat, intimidation and victimisation of teachers

The VC has decided to silence every possible differing opinion on campus. Through a press release issued after the academic council meeting on December 26, he threatened faculty members  who opposed his unilateral decision-making with disciplinary action. On Decmeber 30, Professor Nivedita Menon was issued a notice for voicing her opinion and expressing solidarity with the suspended students at the administrative block.

In any university, it is the students and faculty members whose entry into the university and academic work passes through rigorous processes of academic assessment. Their academic work defines the university. It is the students and faculty to whom JNU owes its academic credibility – JNU has been known for decades as one of the best universities, both nationally and internationally. Just last year, JNU has been recognised as the best university in the country by the NAAC and other governmental yardsticks. On the other hand, it is the vice-chancellor, the registrar and their team who – being handpicked by the government of the day–  are political appointees. Can political appointees be allowed to use their ‘power’ to play havoc with the academic credibility and democratic functioning of the university  by showing contempt for the decision-making processes of its academic council, destroying socially inclusive academics, suspending and punishing students who express dissent and threatening to likewise punish dissenting faculty members?

It is now more than clear that the present VC is clearly with an agenda of destroying everything that generations of students, teachers and the JNU community built up through historic struggles. If anyone needs to be removed from JNU for ‘disrupting’ the processes of university functioning, it is the VC himself, not the students.

Mohit Pandey is the president of the JNU Student’s Union