What Will Be the Strategic Ripple Effects of Balakot?

Structural drivers of South Asian crises – India’s coercive approach to Kashmir, Pakistan’s use of militant proxies and militant competition in the Valley – are unlikely to improve soon. 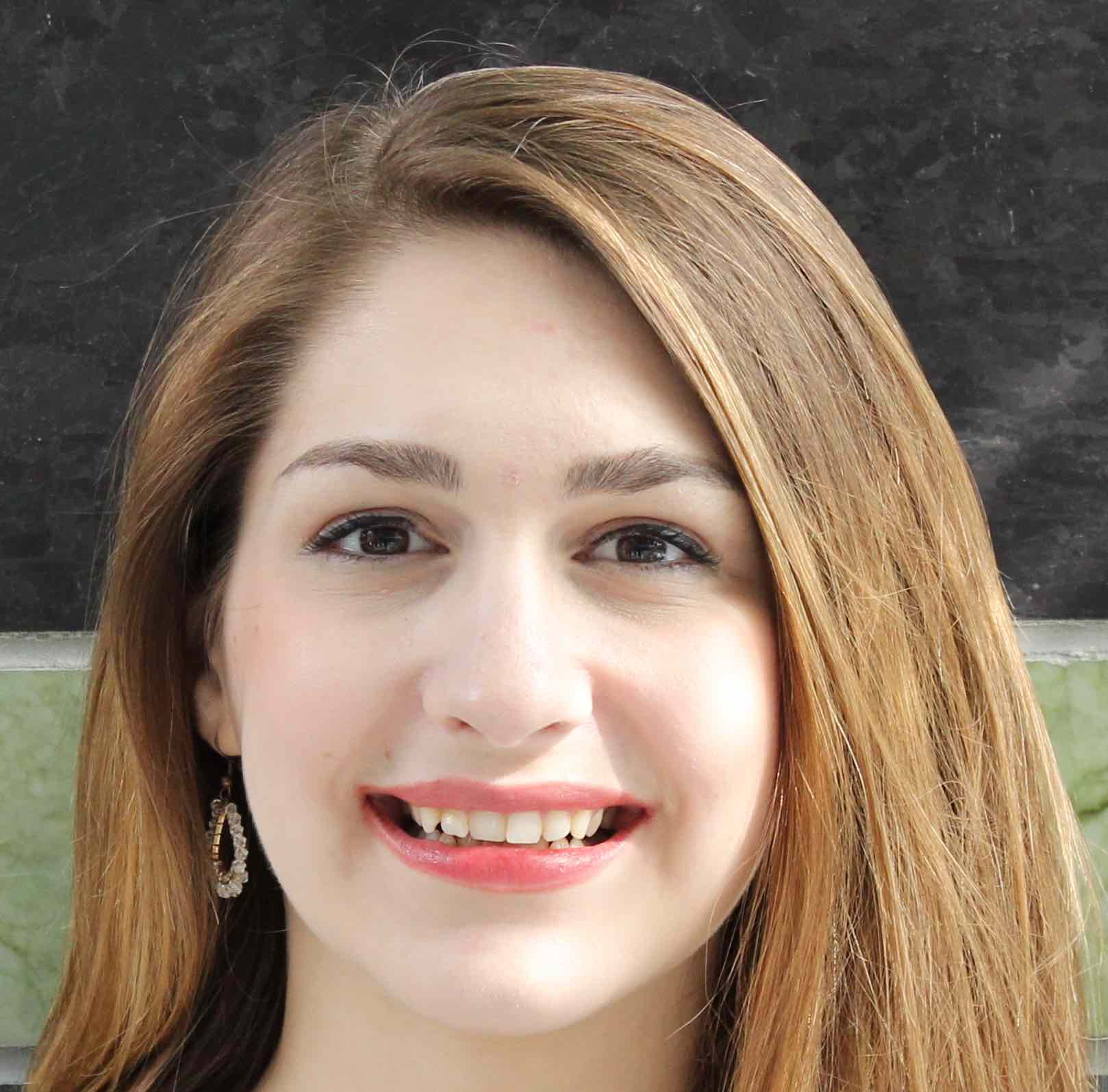 After more than 40 Indian paramilitary forces died as a result of a suicide attack in the Pulwama district of Jammu and Kashmir on February 14, many analysts swiftly declared Indian retaliation inevitable. Few anticipated the reach of the resulting airstrikes, which the Indian government claims targeted Jaish-e-Mohammad (JeM) training camps in Balakot in northern Pakistan.

Though the damage done by the Balakot strikes has been cause for debate, what cannot be denied is that Indian warplanes crossed the Line of Control (LoC) for the first time in over five decades. From there, Pakistan retaliated in a calibrated manner by entering and dropping bombs over Indian territory across the LoC, which led to a dogfight between Indian and Pakistani warplanes.

A Reuters report citing Pakistani and Western sources suggests that both countries threatened one another with missile strikes before the pilot of a downed MiG-21, who had been captured by the Pakistani military, was returned to India in a “goodwill gesture.”

Since the de-escalation of the crisis, some analysts have speculated that the threshold surpassed with the Balakot strikes might somewhat deter Pakistan from using terror groups to wage attacks against India. There are, however, several reasons Balakot’s deterrent value is questionable.

Open-source satellite imagery and on the ground reports have weakened India’s claim that it killed hundreds of terrorists. If India did not hit its intended targets in Balakot, the deterrent value of the strike has been diminished. Even if the strikes had been executed flawlessly, a single airstrike is unlikely to compel a paradigm shift in Pakistani behavior towards militants.

The real strategic takeaway of the Balakot airstrikes – as noted by many senior analysts – is that India’s longstanding doctrine of restraint has ended, opening up space for more risky Indian retaliation moves against terror attacks like Pulwama. For two countries whose leaders have proclaimed to be adept at understanding the others’ deterrence signals, this sudden breathing room for Indian conventional responses will have strategic ripple effects on the region’s handling of crises in the future.

Between each India-Pakistan crisis, learning occurs. Military doctrines, strategies and postures in New Delhi evolve to close perceived gaps in capabilities as well as holes in conventional or nuclear deterrence. After each crisis over the past 20 years, India has sought to expand the strength and number of the tactical options that would strength or re-establish deterrence after a Pakistani provocation.

One instance of this post-crisis learning in the India-Pakistan context is the well-established “Cold Start” saga: after its slow mobilisation during the 2001-2002 Twin Peaks crisis, the Indian military put into motion plans to expand the country’s retaliatory options. Yet India’s plans of rapidly mobilising ground forces to make spatial gains into Pakistani territory caused an asymmetric reaction in Pakistan, as seen in the testing of the Nasr/Hatf-IX ballistic missile under its full-spectrum deterrence policy and various developments to strengthen Pakistan’s conventional deterrence.

The Pulwama crisis was noteworthy for no talk of Cold Start (as in 2008) or large-scale ground mobilisations along fighting corridors (as in 2001-02).

With India having learned through Balakot that it may retaliate both horizontally and vertically without a Pakistani nuclear rejoinder, it will bolster the strength or number of its existing conventional options, with the aim of eventually achieving escalation dominance in a future crisis.

The most likely way India will seek to dominate is through airpower – the coercive instrument of choice in this year’s crisis.

Within the IAF, analysts have noted the state of India’s “vintage” jets and the absence of hardened structures near the LoC to shield Indian aircraft in the weeks since the confrontation. The loss of a MiG-21 by a Pakistani F-16 is one of sixteen aircraft losses the IAF has faced in the past financial year, eight of which took place in the past two months.

Improvements to Indian airpower, like the procurement of 36 Rafale jets – emphasized both by Prime Minister Narendra Modi and the IAF chief after the crisis de-escalated – and the induction of the indigenously-built Tejas Light Combat Aircraft, will give India greater confidence in its ability to win dogfights like the one that brought down the IAF pilot.

Given the extent of India’s shortage of technologically advanced fighter jet squadrons, however, it may take years for India to attain a decisive airpower advantage over the Pakistan Air Force. Once this advantage is operational, it may be impossible for India to translate air superiority into dominance without risking a full-scale conflict.

In its pursuit of escalation dominance, India is also likely to focus on the acquisition of advanced air defense systems like the S-400, which India purchased from Russia last year. Deliveries of all five S-400 squadrons are expected to begin in October and be completed by 2023. Pakistan has protested India’s acquisition of the S-400 (which is reportedly capable of detecting, tracking and destroying aircraft, ballistic and cruise missiles, and drones within 400 kilometers), although India purchased the system primarily to counter China’s own S-400 regiments. While far from a perfect roadblock, the S-400 system when deployed will present challenges for Pakistan in responding to Indian strikes in a future conflict.

Although a less probable response in the short-term, India might also expand the range of its conventional responses to include limited ground offensives in the next few years. Many regard India to be ill-prepared to execute proactive operations under the Cold Start doctrine (CSD) given constraints on joint operations and supplies and Pakistan’s tactical nuclear weapons.

Yet, the Indian Army has forged ahead with restructuring the army to allow for faster ground mobilisation and greater flexibility in limited land-based military operations. In January, Indian Army chief Bipin Rawat announced that the integrated battle groups (IBGs) at the centre of CSD would be war-gamed and field-tested by May 2019. IBGs were also mentioned in the recently-released Land Warfare Doctrine. If these offensive troop configurations prove effective in these test-bed exercises, India will likely operationalise and may even use them in round two of a future crisis – in lieu of air strikes – or in round three in response to a Pakistani retaliation.

One question mark is the role New Delhi will select for the Indian Navy in future crises. In the short-term, India is likely to position its naval forces aggressively during a confrontation with Pakistan, as it reportedly did during this crisis and in previous crises.

In the long-term, it may explore a naval blockade or land attack options, though India’s ability to execute decisive missions in its adversary’s territorial waters will be limited and potentially escalatory given Pakistan’s naval nuclear ambitions. Thus, Indian pressure in the Arabian Sea will remain the optimal choice for now.

However, India’s aspirations of building up its naval fleet to counter China (including a deal with Russia to lease a third nuclear attack submarine that was signed this month) means that large-scale naval coercion against Pakistan may become an option in the coming decades.

From Pakistan’s perception, this confrontation over Pulwama was a success: its choice to respond with tit-for-tat airstrikes into Kashmir served to bolster its deterrence, satisfy its public’s desire for a strong response, and cause India material military losses. Prime Minister Imran Khan’s decision to release the pilot back to India placed the onus on New Delhi to restrain its actions, shifting the international narrative from Pakistan-supported terrorism to escalation control.

Pakistan, however, cannot rely on a repetition of Balakot in the future, particularly if the IAF acquits itself better. In South Asian Voices last year, retired Indian military officer and strategic analyst Ali Ahmed wrote, “The tussle…is between India pulling up the window for military options below the nuclear level and Pakistan thrusting down the nuclear awning over it.”

Taken in the context of the Balakot strikes, Ahmed’s words accurately predict Pakistan’s likely response to New Delhi’s adventures into the conventional military space: the lowering of its nuclear umbrella to eliminate breathing room for Indian conventional military operations in a crisis.

In practical terms, this means that Pakistan may answer Indian conventional innovation with revisions to its nuclear red-lines, communicated through more pronounced nuclear signaling in the next major crisis and operationalised through changes to the readiness of Pakistani nuclear forces during times of heightened conflict as well as peacetime. However, Pakistan will face a credibility dilemma if it threatens nuclear use in response to Indian conventional airstrikes. 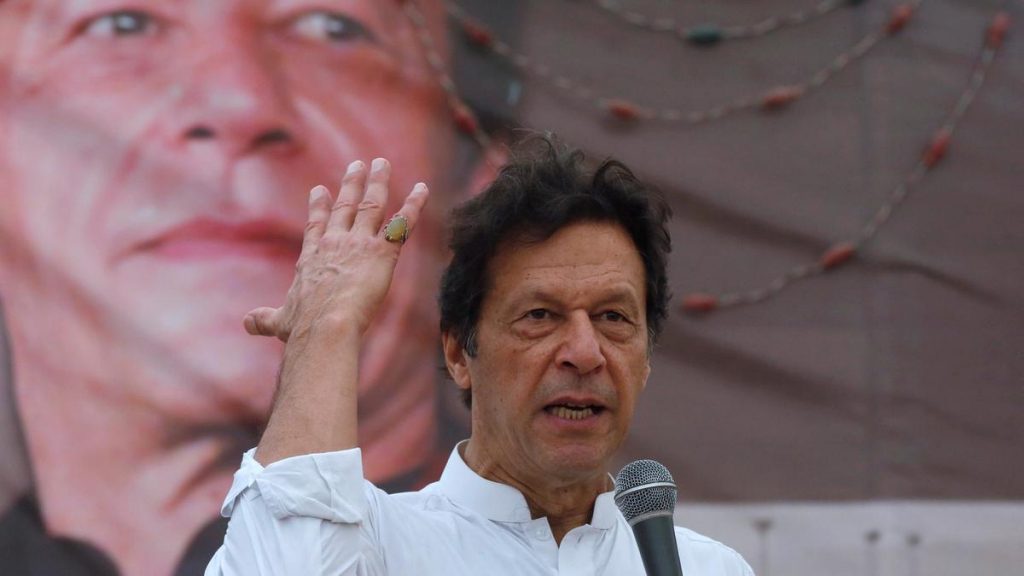 As this author wrote with Sameer Lalwani before Balakot, none of the structural drivers of South Asian crises – India’s coercive approach to Kashmir, Pakistan’s use of militant proxies, and militant competition in the Kashmir Valley – are likely to improve soon.

Although Pakistan may hold its militant proxies in Kashmir on a tighter leash ahead of the Indian elections (as it did with Lashkar-e-Taiba after the 26/11 attacks), Balakot has left these drivers unchanged enough that they will certainly trigger another India-Pakistan crisis in the future.

The iterative process of learning and adaptation from previous crises has already limited the number of military options available to India. If we view South Asian crises as an infinite game in which the action-reaction cycle recurs every few years, eventually India will run out of moves that keep the conflict limited in the face of Pakistan’s nuclear deterrent.

As decision makers consider what the end of strategic restraint means for India, they would do well to acknowledge the limited utility of the calibrated application of force in South Asia and refrain from upping the ante with each successive crisis.

Emily Tallo (@emily_tallo) is a research assistant with the South Asia Program at the Stimson Center and the deputy editor of South Asian Voices.