She had an inter-racial marriage, fought for India and then became the first ever European woman to be ordained a Buddhist monk-now her hometown Derby wants to commemorate her with a plaque 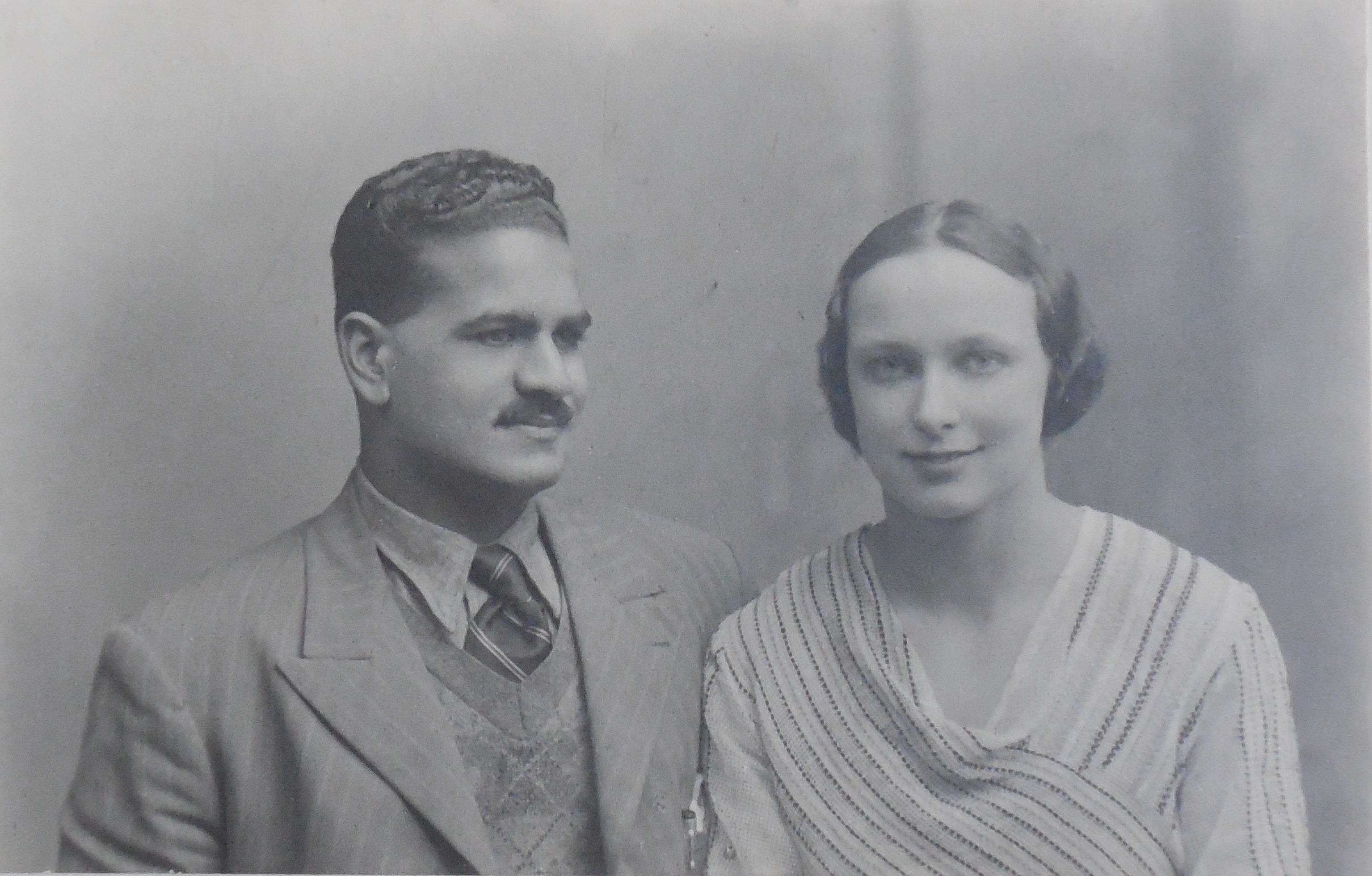 Throughout her life, Freda Houlston – Freda Bedi, to use her married name – crossed borders. Literally and figuratively. An English woman who became Indian; a Christian girl who was ordained as a Buddhist nun and one who was educated at the heart of Empire and then went to jail in Lahore because she believed in a free India.

She defies labels. And in an era when we are all so concerned about identity – and whether religion, or race or nationality is what defines us – the manner in which she challenged these simple definitions speaks to us still.

Freda was born 105 years ago in the back streets of Derby, an engineering and railways town in the English Midlands. Her parents met at the Methodist chapel and ran a small jeweller’s and watch repair business. She was born above the shop; the building is still there at 28 Monk Street, now a tanning salon.

Her father died of his wounds fighting in northern France towards the end of the First World War, when Freda was just seven. ‘This death shadowed my whole childhood’, she recalled – ‘and the Poppy Day memorial services would re-open the wound again and again, so that I almost fainted many times at school when this service was being held.’

This cathartic sense of loss – the absence of a father of whom she had only the faintest recollection – may well have spurred on her restless, lifelong spiritual quest.

There was a political quest too. She was an able and determined student and – against all odds – won a place at Oxford University. There she and her friends – who included Barbara Castle, later a fiery left-wing cabinet minister – became absorbed by the Indian nationalist movement, and got to know the Indian students there who championed their nation’s cause.

B.P.L. ‘Baba’ Bedi, a Sikh from a privileged Lahore family, became a particular friend. But in the early 1930s, a relationship across racial boundaries was frowned upon. Freda called on this special friend without the required chaperone – the rules were largely a dead letter, but she was reported and disciplined. It was not a harsh sanction, but both Freda and Baba felt humiliated.

‘It brought me up against the question of racial discrimination’. Freda said. ‘It brought us closer together, and shortly after than we got engaged.’

They married at Oxford in 1933 – it was front-page news in the local paper – and the following year moved to Lahore and built a house for themselves in Model Town. They had already established a proud reputation as radical champions of the national cause. Even before Freda had set foot in India, they had together written a short book about Gandhi and edited three volumes about contemporary India for the leading left-wing publisher Victor Gollancz. In Lahore, both became involved in left-wing politics and in publishing and journalism. Freda made a point of wearing only Indian dress, and in time took an Indian passport. As an active communist, B.P.L. Bedi was detained when the Second World War broke out. In 1941, Freda Bedi responded with enthusiasm to Gandhi’s call for supporters to give themselves up for arrest – and spent three months in Lahore women’s jail.

After independence, the Bedis’ made their home in Kashmir. Both were active and influential supporters of the Kashmiri nationalist Sheikh Abdullah. Baba Bedi is credited as the author of the hugely important ‘New Kashmir’ manifesto. Freda took a lead in the women’s militia set-up to defend Srinagar from a tribal army and was active in helping abducted women and other refugees.

By the early 1950s, the family – they had three children, the middle child is the renowned actor Kabir Bedi – moved to Delhi. For Freda, her spiritual striving now became upper-most. A working visit to Burma for the United Nations persuaded her to embrace Buddhism. In 1959, when thousands of Tibetan refugees fled across the Himalayas to India, she took a prominent role in their welfare, establishing schools and religious communities for young Tibetan Buddhists in their new homeland.

In 1966, Freda Bedi became the first European woman to be ordained as a Tibetan Buddhist nun. For the last decade of her life, she prayed, wrote, went on retreat in Sikkim and also accompanied young Tibetan religious teachers to the United States, where that strand of spirituality was woven in to what became the ‘New Age’ movement.

Sister Palmo, as she was now known, died in Delhi in 1977. She certainly made her mark in the world and deteminedly pursued her goals in life, challenging social expectations and overcoming barriers whenever they got in the way.

While she was constantly reinventing herself, she never repudiated the earlier aspects of her life. Pupils at her old school in Derby were, thirty years after Freda left, collecting money for the school she had set up for young lamas. As a nun, with shaven head and striking maroon robes, she always took a keen interest in her family, sometimes buying the latest fashions for them when travelling in the West.

Freda’s hometown of Derby now has, remarkably, a sizeable Punjabi community. It’s the site of Britain’s Sikh National Heritage Centre, and the current leader of the city council is of Punjabi ancestry. A campaign to commemorate Freda Bedi with a blue plaque on her birthplace has just begun and will be a celebration of a pioneer of border crossings – that human aspect of globalisation which has remoulded both the country of her birth and her adopted homeland.

Andrew Whitehead, a former BBC journalist is working on a biography of Freda Bedi. He is keen to hear from anyone with memories of Freda Bedi or information about her life. He can be reached at awkashmir@gmail.com

Photos supplied by the author