Demonetisation – A Curse for India’s Elderly

A concerned son's account of the effect that demonetisation has had on his octogenarian parents' daily lives. 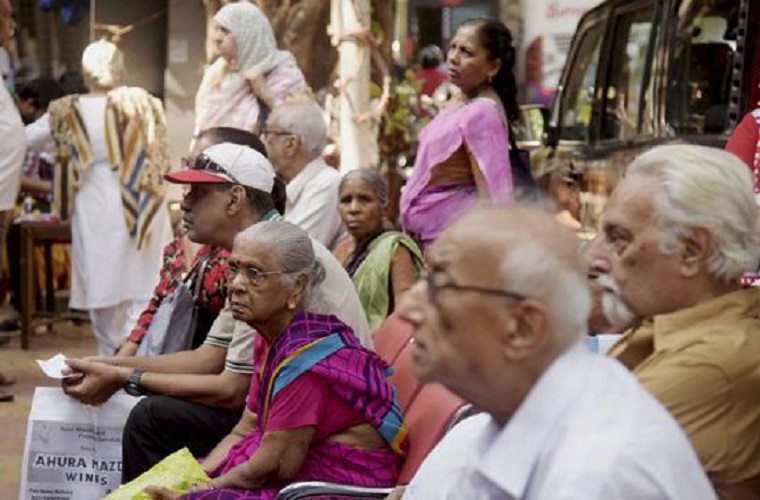 The survey also revealed that though most of the elderly enjoyed their independence, a majority of them were financially dependent on others in their old age. Credit: PTI/Files

There is no doubt that the decision to demonetise and its fickle execution have placed a massive burden on the frail, the elderly and the underprivileged. But the story I tell has little to do with the politics and economics of demonetisation. The story is through the lens of my octogenarian parents, who are living through an unforeseen financial trauma at this stage in their lives — a retired life for which they had planned responsibly and prudently, and which now stands shattered through no fault of their own.

I made my life and career in the USA after migrating from India in the mid-1980s after graduating from St. Stephen’s College in Delhi to subsequently pursue an MBA from Wharton. Undoubtedly, I have a fondness and love for India and all it represents, just as I do for the land of my adoption. My parents chose to live in their birth-land rather than follow me to the US. Although I have tried to support my parents emotionally and materially at all times, demonetisation poses such an unusual challenge that I do not know how to counter it.

I leave it to the judgment of economists and historians to rationalise the merits of demonetisation to curb black money, control terrorism and usher in a digital banking system. I do not have any ideological axe to grind. My angst stems entirely from my inability to understand how the rights and plight of the elderly and poor could be so easily ignored. And I am aghast — the Hindi word hairaan says it best — that there is no ameliorative solution or concern in sight.

It is shocking that my elderly parents have to beg bankers to get their own money withdrawn. Access to hard-earned money is every citizen’s legal right and it is immoral to deny people their own property in a democratic and capitalist society. After all, India is a constitutional republic where the rule of law is supreme.

People plan their lives based on the rule of law and an integral part of this planning involves the saving of money for personal use. India is not a European-style welfare state and pensioners need their money on a regular basis, even more than working citizens. After driving miles and waiting for hours, my parents have only been permitted measly instalments, well under the weekly permissible withdrawal limits at the mercy of bankers. Dad is infirm and relies on my mother for all decisions and it is her plight to deal with this government-imposed encumbrance that so angers me. To expect the ill, the old, and the suffering to wait in queues in wheelchairs is indeed abominable and, I must say, contrary to the teachings of India’s culture and religions.

My mother has no one to turn to except her sons and her god. And sadly, neither can deliver hard cash for her, given the cruel circumstances. I blame the government for its ineptitude and callousness in the mistreatment of those who need the most care and help. I am sure there are innumerable stories of pain and misery similar to that of my parents and many of them are likely to be much worse: my parents are from the educated, urban class that has been able to insulate itself from the nastier side of India, until now.

I’m surprised that there is no civic or legal action on the plight of seniors. A civilised society is judged by how the elderly, children, women and underprivileged are treated. It disgusts me to see how bankers are shirking their duties and how politicians move the goal-posts almost every day. All I want to do is to shine a spotlight on the elderly and hope someone pays heed. As dutiful citizens, my parents have neither asked for nor expected any favours. They simply ask for fair treatment based on a human calculus of what an Indian citizen can endure.

The irony of it all is that my dad served in the government and was in positions of accountability and responsibility to deal with economic issues and economic offenders. He was the director of enforcement, revenue intelligence and anti-tax evasion.

I ask India’s leaders how they expect seniors to manage their lives without money to buy their daily bread and medicines. Is demonetisation a curse on those who least deserve it? I hope that those who matter pay heed to the pleas of our seniors and those in dire need. India’s leaders must have respect for India’s elderly. It’s not too late to take corrective action and admit that mistakes have been made. If not, I would not be surprised if there is a karmic price to pay. The old may forgive: their children will not.

Jatinder Singh ‘Ronny’ Bindra is based in Chicago.