In Tranquebar, Amidst the Shells and Singing Waves

The former Danish outpost in Tamil Nadu is an oasis of tranquility. 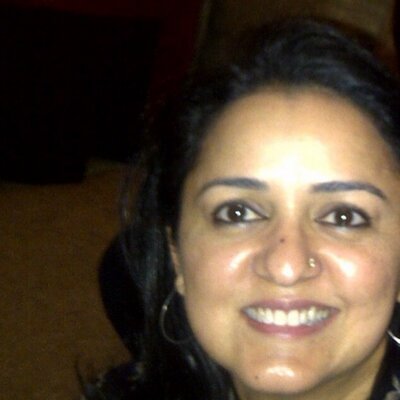 Drive 114 kilometres out of Pondicherry, three undemanding hours, through Tamil Nadu’s Nagapattinam District and you will arrive in Tharangambadi, a quiet fishing town situated on the Coromandel Coast where the Danes first arrived and settled in India.

Unable to pronounce the name, they quickly christened it Tranquebar. That was way back in 1620.

The Danes probably chose ‘Tranquebar’ as one experiences an overpowering sense of tranquility and restfulness here. In Tamil, ‘tharangambadi’ means ‘land of the singing waves.’ The otherwise turbulent waters of the Bay of Bengal lose their tempestuousness as they travel south and the sea hisses onto the warm shores of the town laden with unexpected gifts. 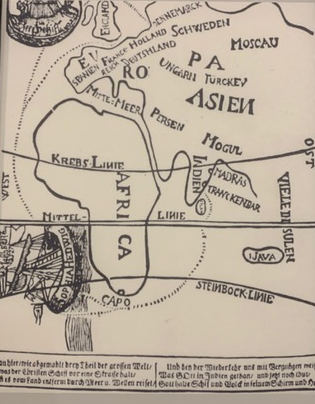 Map of the Danish voyage to Tranquebar. Credit: Ziegenbalg House

Historical accounts suggest that when the Danish ships set sail, they coursed through the Atlantic Ocean, then downwards, circumventing Africa, steered north and landed in the lush island of Sri Lanka. But the Lankans did not give Admiral Ove Gjedde permission to trade, and despite having been at sea for two long years, he started out once again.

By sheer luck, the next place he dropped anchor turned out to be Tharangambadi. After some heavy negotiating, Gjedde signed a treaty with the Thanjavur king, Ragunath Nayak, to rent a small section of land (not more than “five miles by three in extent”) for approximately Rs.3000/- to expand their trading base in the Indian Ocean. The Danes ended up staying in Tranquebar for over 200 years.

The morning after we arrived, I strolled along the beach at sunrise and saw silhouetted figures hunched in the far distance over shallow waves. Walking up, I realized village women were bent over the frothy silver spray, plastic nets in hand, actively scooping up what I assumed were fish from the rich ocean. Reaching closer I saw, every time their blue nets dipped in, they hauled out a large catch of shells. The women then hurried through wet sand towards shell-hillocks lying on drier ground. Shaking their nets like a sieve over the first they sifted out the tiniest shells, proceeded to strain out the medium sized with a rattling shake, turned the net upside down emptying the largest shells on to a third mound, before rushing back to gather more treasure from the humming sea. 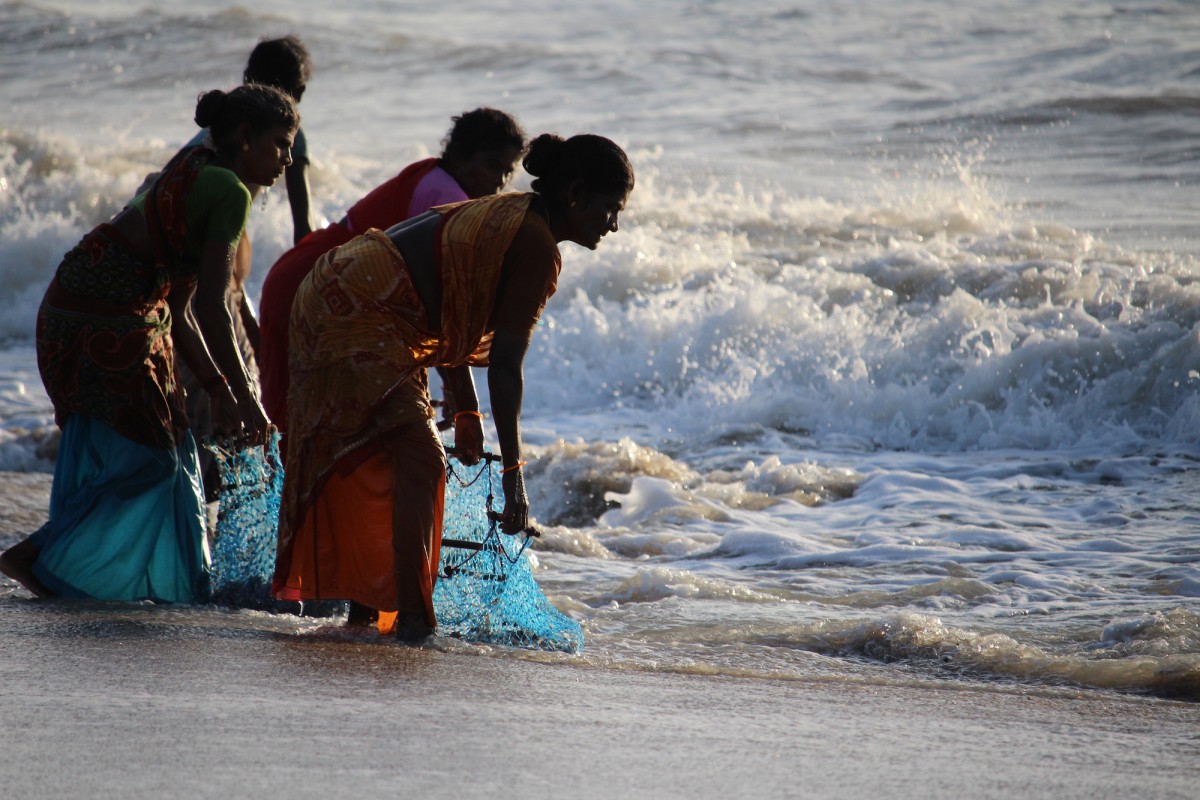 Constantly re-setting my aperture to compensate for the increasing sunlight, I was busy clicking photographs when I felt an energetic tap on my shoulder. It was one of the sea-shell ladies.

“Tamil ill-ley ma, no Tamil ma,” I said, suddenly annoyed at my limited vocabulary. But she just signalled for me to follow her. From a small basket near a heap of good-sized shells, she pulled out two dead fish and a live, wriggly lobster.

“Nalla irku, very nice,” I said with the right expression. She beamed.

Pointing to my camera, she invited me to take pictures – of the fish, the lobster and herself. There she stood patiently, posing for me as her co-workers hurried around us mechanically sorting shells. Half an hour later, the ladies scooped the shells from various mounds into steel vessels, lifted the heavy load over their heads and marched off purposefully. 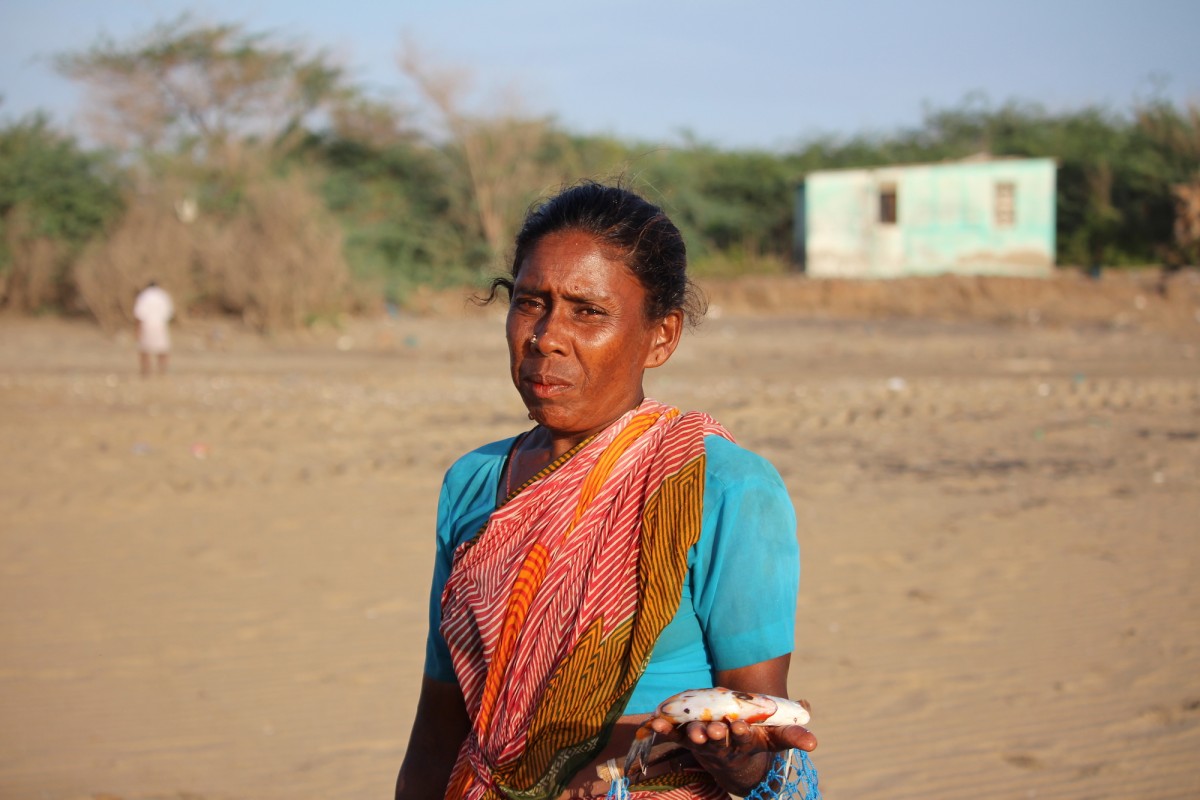 The sun climbed further into the sky; the waves continued singing.

The previous day, straight after driving into Tharangambadi, we rushed off to visit Bartholomew Ziegenbalg’s house. There was just about an hour left before the 6pm closing time to see where the first Lutheran missionary had lived and preached Protestantism to unsuspecting Tamils.

in 1706, under the patronage of Denmark’s King Frederick IV, Ziegenbalg came to Tranquebar along with his colleague Heinrich Plütschau as part of the Danish-Halle Mission to spread Christianity. They were certainly successful baptizing the first Indian converts within just a year of their arrival.

For me, Ziegenbalg’s story is less about proselytising than about how he succumbed to the endless charm of this simple town. Almost from the beginning, it is said, he was more obsessed with learning the local language than preaching (though he managed to convert some 250 souls). He preferred living amongst the locals instead of in the Danish colony, suffered ill health almost constantly and was even imprisoned, yet during the 13 fruitful years he spent here, Ziegenbalg did a series of firsts. 24 to be exact. Or at least that’s what his memorial says, ‘Be Always the First, Ziegenbalg Was.’ He translated the Old and New Testaments into Tamil (the first ever full translation of the Bible to an Indian language), started a seminary, opened the first school for girls, established a paper mill, imported a printing press all the way from Denmark and even began manufacturing Tamil alphabets into wooden typefaces, aside from a lot more which the town folk are immensely proud and appreciative of. 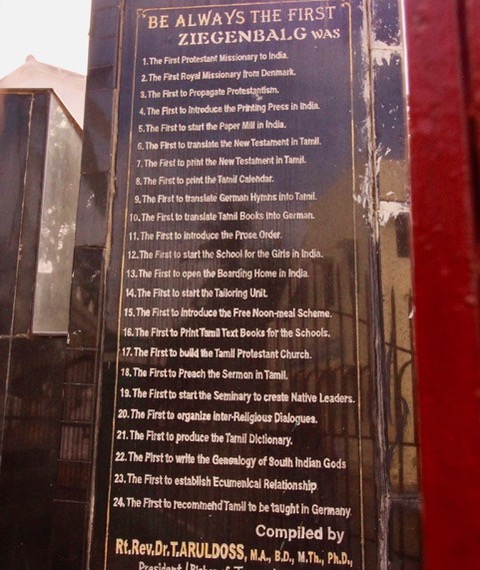 We paid Rs. 20 to enter ‘Ziegenbalg House – A Museum for Intercultural Dialogue’, where he had lived 300 years ago. The façade of this unassuming two-story building looks more impressive on Facebook, than up close, but is filled with timeless gems.

History lessons start at the entrance, large printed banners with pertinent information written up in Tamil tell us about Ziegenbalg, his family, the Danish-Halle mission and its innumerable accomplishments.

“Excuse me,” I ask a young helpful man, “do you have anything we can read …that is in English…?

“Akka, sister…” he turns to a local lady and says something in Tamil. She nods, steps behind the banner and in a businesslike manner starts rolling-up the thick-ish plastic sheets. Under each, there is another, written up in English.

As we cross into the adjacent room, we pass a divided passageway. An ancient piano sits quietly against the wall, a dusty music book open to a Tamil hymn lying on top of it. An empty chair placed strategically in front of the piano enhances the dramatic effect of the scene. It was Ziegenbalg who persuaded the Tamil Christian community to start writing their own hymns. He also began translating German hymns into Tamil while retaining their tunes and original meter.

Right in the centre of the last room, a medium sized printing press is being cranked into motion with a handle (like a gramophone) by another efficient akka. Black and bright gold, it stands out from the other printing machines in the room in colour and size. Showing us how it works, akka holds up a freshly printed sheet as two-three tourists eagerly film the process with their phones. Fully functional and on exhibit year-round, this metal printing press is similar to the wooden one Ziegenbalg used himself. The one he requested Denmark for eventually arrived in Tranquebar thanks to the efforts of the the SPCK, Society for Promoting Christian Knowledge, based out of London. 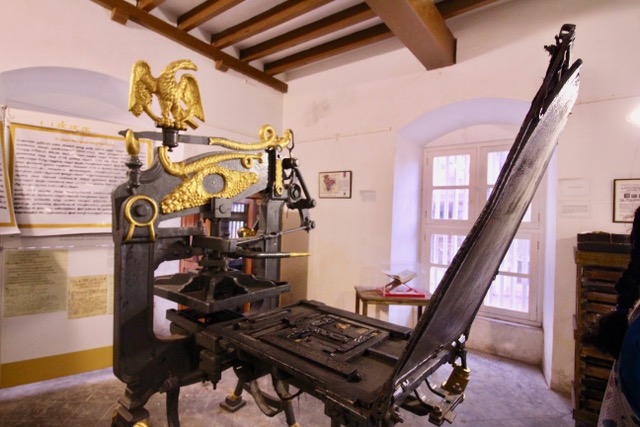 Standing untidily in the same room are two wooden cupboards stashed with close to 1000 typefaces, both in English and Tamil. The first version of the Tamil New Testament is on display in a glass case. Framed black and white pictures hang on the walls, snapshots of how printing was done back then. The most interesting one is of a local manager, wearing a turban and bandh-gala kurta, stack of papers in hand, supervising the work of local labourers.

Stepping out in the dusty quadrangle, we walk around the derelict church where Ziegenbalg preached. One can’t enter the place; it is in ruins, spared neither by time nor wind and water.

In 2004, the tsunami ripped through Tharangambadi causing large-scale destruction. Through an open window, we get a glimpse of what the church must have been like. Rafters and ridge beams from the slanting roof have almost all decayed and fallen. The flooring is debris mixed with trash. What does seem somewhat intact are the arched walls surrounding the hall, and the cross that still stands atop the gabled roof on the outside

Referred to as ‘The missionary India never forgot,’ Ziegenbalg died at the young age of 36 and is buried in his beloved Tranquebar. Despite the years gone by, this town of 24,000 inhabitants has not forgotten him. On the occasion of his 300th anniversary in 2006, 10,000 people – Hindus, Muslims, Christians – came together to celebrate Ziegenbalg’s work. During the week-long festivity, the government released a commemorative stamp and Ziegenbalg was declared ‘Father of the modern Protestant mission.’ 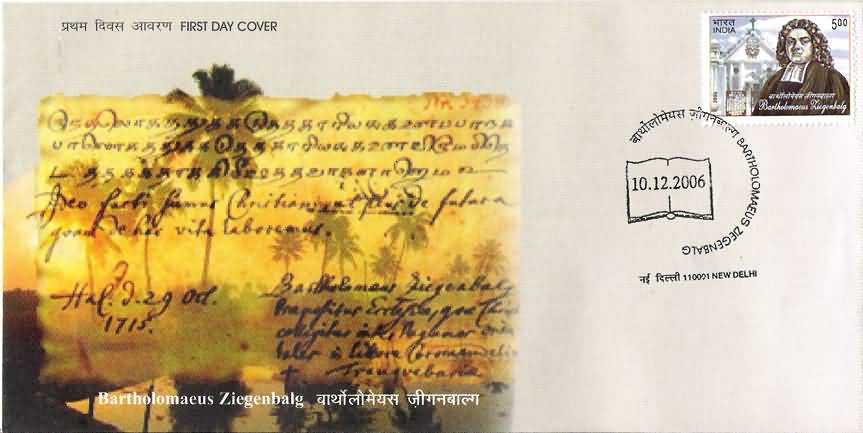 There are several other sites to explore in Tharangambadi – the Danish Fort, the Dansborg Archeological Museum inside the fort, Governors bungalow, the Masilla Nathar Temple built in 1306, the Zion Church, the Tranquebar Post Office which dates back to 1884 and has been functioning in the same place since and of course the Tsunami Memorial. The only ozone-rich beach in India is here in Tharangambadi. The air is delightfully fresh and the people, tourist-friendly, used to visitors stopping by every now and again, armed with a camera and an insatiable curiosity. Each evening, both residents and travellers gather in the expansive town square near the fort to enjoy the sea breeze till late night. Children play cricket, couples walk, lovers talk, families group around excitedly to take photos, as the waves hum to the shore and the tired sun sets on another day in Tharangambadi.

The Danes eventually sold Tranquebar to the British for 1.25 million rupees in 1845. But their legacy is no longer restricted to “five miles by three in extent.”

Shahana Raza is an independent writer and dilettante environmentalist.