Ngozi Okonjo-Iweala, Poised to Be WTO's First Female Leader, Has Her Work Cut Out

She will need to spend time rebuilding trust with its key constituency if the institution is to regain purpose and relevance in the coming years. 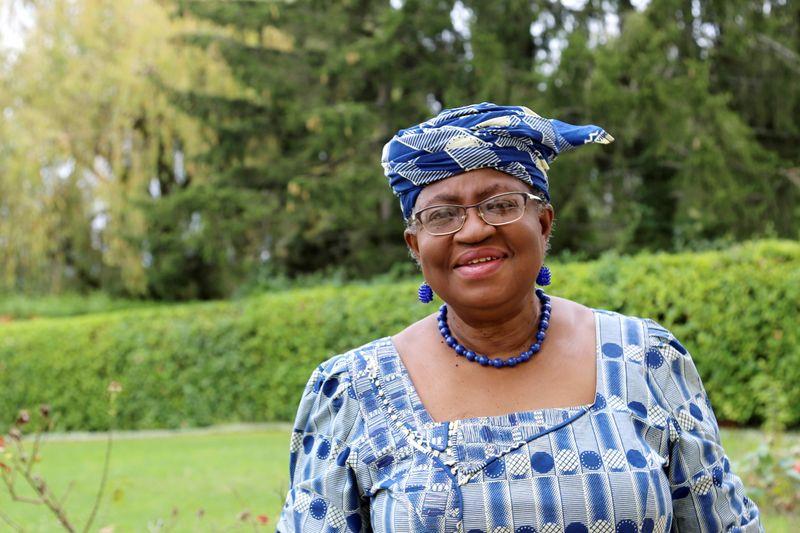 Finally, the decks are being cleared for the first African and first woman, Ngozi Okonjo-Iweala from Nigeria, to head the World Trade Organisation (WTO).

After the premature departure of the previous director general, Roberto Azevado, for a multi-million-dollar lucrative job with an American drinks company PepsiCo last year, Okonjo-Iweala was selected with a considerable majority.

The appointment had been blocked since last November by the Donald Trump administration, but that decision has now been reversed by the Joe Biden administration on February 5 as part of its reengagement with the international community.

“I look forward to finalizing the process of @WTO DG,” Ms Okonjo-Iweala tweeted on February 5. “Grateful for the expression of support from the US today for DG @WTO. Congratulations to Madam Yoo of Rep.Korea for a hard fought campaign.”

South Korea’s trade minister Yoo withdrew from the DG race on February 5 to clear the decks for Okonjo-Iweala’s appointment, after a telephonic conversation between South Korea’s President Moon Jae-in and US President Joe Biden.

By the afternoon of February 5, the office of the US Trade Representative issued a statement of endorsement for Okonjo-Iweala as WTO’s next director general.

“The Biden-Harris Administration is pleased to express its strong support for the candidacy of Dr. Ngozi Okonjo-Iweala as the next Director General of the WTO,” the USTR stated.

“Dr. Okonjo-Iweala brings a wealth of knowledge in economics and international diplomacy from her 25 years with the World Bank and two terms as Nigerian Finance Minister.  She is widely respected for her effective leadership and has proven experience managing a large international organization with a diverse membership.”

“The United Stands ready to engage in the next phase of the WTO process for reaching a consensus decision on the WTO Director General,” according to the USTR.

“The Biden administration looks forward to working with a new WTO Director General to find paths forward to achieve necessary substantive procedural reform of the WTO.”

In the normal course, losing South Korean trade minister Yoo would have withdrawn from the WTO DG race in the week of December 7, 2020. Apparently, she held a one-on-one meeting with the former USTR Ambassador Robert Lighthizer  that week to inform him about her decision to withdraw from the race. However, Lighthizer insisted that Yoo remain in the race, said people familiar with the development.

Ngozi faces a tough task, with the COVID-19 crisis adding to divisions and tensions in the international trading system that were already present before the spread of the virus shut down the global economy.

The vaccine question will be a first order of business for the new director general. The resort of advanced economies to a me-first approach to vaccine distribution through the use of advanced purchase agreements and export bans will delay access for many in the developing world, possibly for years, raising the threat of new mutations in the virus, further economic disruptions and an unnecessary loss of lives.

In response, developing countries in the WTO, led by South Africa and India, have called for a waiver on related patents in the WTO to allow countries to manufacture the vaccines themselves in a timely and affordable manner.  Under pressure from their own large pharmaceutical companies, advanced countries in the WTO have so far resisted this life-saving initiative.

Ngozi certainly has experience with this issue as chair of the GAVI board, the vaccine alliance. However, the initiative has, itself, been criticised for being too close to pharmaceutical companies.

The ugly demonstration of neo-mercantilism by rich countries comes on top of a system that has been losing trust and direction since the global financial crisis. Those same countries have derailed negotiations on the Doha Development Agenda, revived the so-called Singapore issues and started negotiations on digital trade on a plurilateral basis with the inappropriate support of the WTO secretariat. All this against a backdrop of a slowdown in global trade, a resort by the European Union to a growing trade surplus with the rest of the world, the weaponisation of tariffs by the Trump administration and a dangerous technology war with China.

Whilst trade has bounced back from the sharp collapse following “the great lockdown” in the spring of last year, it seems likely that the Biden administration will continue to maintain the pressure on China and seek to link reform of the WTO to issues of labour standards, environmental practices and human rights.

Amidst the growing protectionist narratives across all countries – including the United States’ ‘Buy American’ and manufacture everything domestically trade policy and the European Union’s export restrictions on the flow of vaccines in the face of the COVID-19 pandemic – attempts to force the same old tariff-liberalisation policies in the garb of addressing the pandemic will not work, said a trade envoy, who asked not to be quoted.

“Globally, there is a backlash in country after country against the classical trade liberalisation policies and time has come to ponder over whether there has to be a rapture with the trade policies that were pursued over the past 25 years,” the envoy suggested.  It would be simply “delusional” to expect that the new DG could bring any change for addressing the myriad of challenges.

Even before Ngozi started her innings at the Centre William Rappard that houses the WTO, key US Congressional lawmakers stressed they expect a new director general to help bring about reform of the WTO that Washington has been seeking.

“The World Trade Organisation is a bedrock of US trade policy and is in dire need of a strong leader to bring about necessary and overdue reforms that have been sought by the United states for years,” the US House Ways and Means Committee Chairman Richard Neal said on February 5.

In the process, development issues will be pushed even further down the international trade agenda at the very time developing countries are looking to strong multilateral support to build back better from the current crisis.

In the face of US’s pressure on the new DG, the developing countries are expected to face serious challenges in advancing their “inclusive and developmental” agenda of reforms, the restoration of the Appellate Body without incurring any payment, the TRIPS (trade-related aspects of intellectual properties) waiver for combating the COVID-19 pandemic, and securing a permanent solution for public stockholding programs for food security among others, said people familiar with the development

That is where the other Geneva-based trade organisation, the United Nations Conference on Trade and Development, UNCTAD, would be expected to offer advice and support to developing countries.

Like its neighbour, UNCTAD is also in its own leadership transition. The current head, Mukhisa Kituyi, a former Kenyan trade minister, is leaving prematurely to run for president of his country, leaving his deputy from Belgium temporarily in charge as the organisation seeks a new head from the Latin American region.

According to several envoys, Kituyi is responsible for single-handedly destroying UNCTAD during his tenure of seven years by transforming it into a vehicle for advancing the interests of developed countries.

His departure, which appears to have been forced by the UN Secretary General, comes as the organisation gears up for its 15th conference which will be held in Barbados later this year.

Also read: Should India Grant Compulsory Licences to Increase the Supply of Vaccines?

Kituyi leaves the institution in poor shape, having spent much of his time over the last seven years travelling away from Geneva and showing little interest in the management of the organisation or the development policy challenges UNCTAD was set up to address almost six decades ago.

According to several members of the G77, speaking anonymously, Kituyi has largely avoided the inter-governmental machinery that frames the work of the organisation and has provided no guidance to the secretariat on development policy issues, including the trade issues that fall under the Doha Development Agenda.

Part of the problem seems to be that developing countries have allowed the one organisation that they established in the heyday of multilateralism to drift into providing technical assistance projects funded by rich countries and away from proposing reforms to the multilateral system that could make the system more supportive of development but might also challenge the interests of those same donors.

The upcoming conference looks like an opportunity for renewal, but a new head will need to be in place sooner rather than later. And much like the WTO, they will need to spend time rebuilding trust with its key constituency if the institution is to regain purpose and relevance in the coming years.