Legal Options for India After Trump's Attack on Preferential Trade

If India decides to pursue the case at the WTO dispute settlement body, the primary question would revolve around the legality of the US measure. 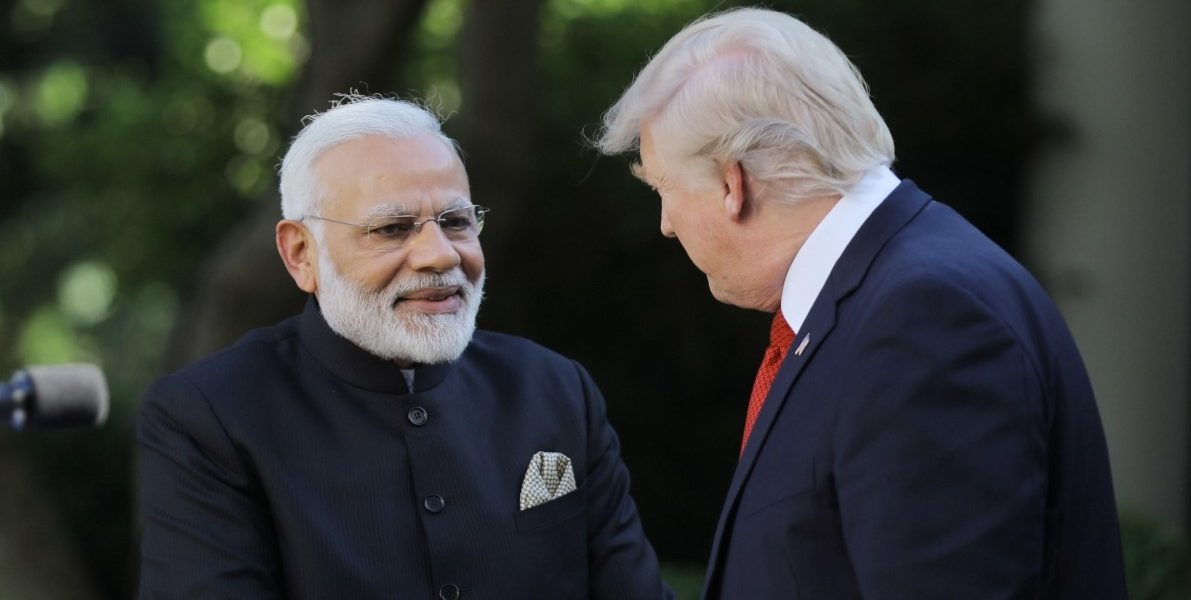 The recent announcement made by US trade representative Robert Lighthizer, intending to terminate India’s and Turkey’s designations as beneficiary developing countries under the Generalised System of Preferences (GSP) programme, has received much attention from trade and IR experts.

The US contends that both these countries no longer comply with the statutory eligibility criteria. India, as per the US, has implemented a wide array of trade barriers that create serious negative effects on American commerce and despite intensive engagement, has failed to meet GSP criteria.

India has responded with downplaying the significant economic impact, advocating further diplomatic consultations and considering the WTO dispute settlement mechanism. Without getting into the economic and political aspects, the focus of this piece is to throw some light on the legal facet of this development.

The legal basis for the GSP can be located in the 1979 ‘GATT decision on differential and more favourable treatment, reciprocity, and fuller participation of developing countries’ (also known as the enabling clause). This clause has become an integral part of the GATT, 1994 – to which India and the US are both parties. The enabling clause, which is an exception to the most-favoured nation (MFN) principle, states that members may accord “differential and more favourable treatment” to developing countries, without according such treatment to other members.

“Differential and more favourable treatment” means that developed countries may give preferential tariff treatment to products originating from developing member-countries, in accordance with their GSP. In the present instance, the US allowed duty-free entry of imports from India – up to $190 million per annum. As per World Bank data, India is currently the largest beneficiary of the GSP programme.

If India decides to pursue the case at the WTO Dispute Settlement Body (DSB), the primary question would revolve around the legality of the US measure. The US implemented the GSP through a domestic law – the Trade Act of 1974. Sections 501 and 502 are the relevant provisions empowering the president to, inter alia, grant, extend, withdraw, suspend or limit preferences.

However, in case of a challenge, the DSB will gauge the legality of the executive action as well as the relevant legislation on the touchstone of the GATT, 1994. In this regard, the US may contend that the granting of tariff preferences is a discretionary act as the enabling clause in the GATT, 1994 uses the term “may” instead of “shall”.

India, on the other hand, can challenge the US measure by arguing that the measure violates the enabling clause of the GATT, 1994. As per the US, India has employed trade barriers that hamper its commerce and has failed to provide the it with equitable and reasonable access to the Indian market. However, according to Part IV of the GATT, 1994, the nature of GSP benefits do not seem to be reciprocal. “When developed countries grant trade concessions to developing countries, they should not expect the developing countries to make matching offers in return,” it says.

In addition to this, India may make use of its previous challenge to the European Communities, which resulted in the EC-tariff preferences case of 2004 at the WTO, despite this decision only being binding upon the parties to the dispute. In this case, the substantive issue was whether differential tariff preferences can be accorded to differently placed developing countries.

The determination of whether developing member-countries are similarly situated must be based on “objective criteria”, which may include the development, financial and trade needs of the country. In the present situation, the onus would be on the US to justify the basis of its measure, which discriminates only against India and Turkey.

In its official statement, India has argued that its

“… Tariffs are within its bound rates under WTO commitments, and are on the average well below these bound rates. India’s trade weighted average tariffs are 7.6%, which is comparable with the most open developing economies, and some developed economies. On developmental considerations there may be a few tariff peaks, which is true for almost all economies”.

It would be interesting to see how the discourse shapes up. In this globally protectionist environment, it is hoped that the countries refrain from a tit-for-tat trade war like the one between the US and China.

Anmolam is a lawyer who runs the non-profit organisation BDLAAAW. Farheen Ahmad is a research scholar, pursuing her Ph.D in international law from South Asian University, New Delhi.