In two weeks, India will have to decide whether it wants to impose retaliatory tariffs on US goods. At stake is the GSP scheme, which accounts for 12% of Indian exports to the US.

New Delhi: The Narendra Modi government faces a tough call as its November 2 deadline, which has been deferred more than once already, for imposing retaliatory import duty on 29 US products nears.

If it goes ahead with proposed punitive tariff changes, the Trump administration could respond with tit-for-tat measures, including withdrawal of Generalised System of Preferences (GSP) benefits to Indian exports.

In June, India announced retaliatory action against the US decision to hike tariffs on steel and aluminium imports. However, it has twice extended its imposition deadline to give diplomacy a chance to sort out trade issues with the US.

Apart from retaliatory tariffs, Trump’s demand for a more open market for agriculture products, automobiles and capping of prices for medical devices are the other potential flashpoints in India-US trade ties.

Under the GSP scheme, India exported merchandise worth $5.6 billion to the US at zero or low tariff in 2017-18, which accounted for nearly 12% of its total exports to that country.

If India is shut out of the GSP, its exports to the US could become 5-6% costlier. In that case, India could lose US market share to rivals like Vietnam and Bangladesh, which have duty-free access, warn trade experts.

Engineering, chemical and textile sector are some of the sectors that could be hit hard in case GSP benefits are withdrawn by the US. This is a worrying prospect, considering all these sectors are dominated by small and medium-sized enterprises.

Benefits offered by the US to the developing countries under the GSP scheme are non-reciprocal. However, the US can withhold GSP benefits to a trading partner if it finds that its exports are facing market access hurdles in that country. 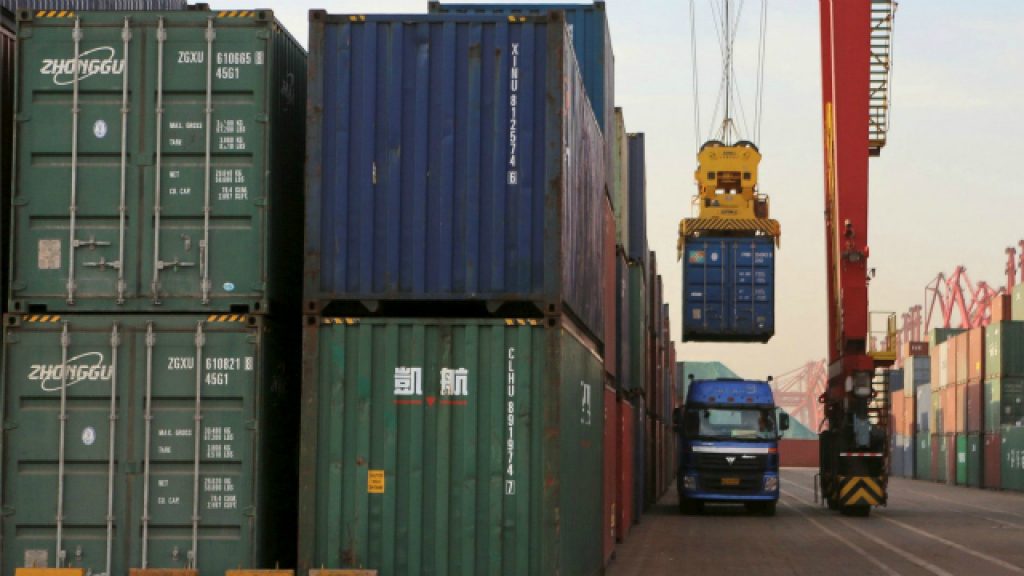 Under the GSP scheme, India exported merchandise worth $5.6 billion to the US at zero or low tariff in 2017-18, which accounted for nearly 12% of its total exports to that country. Credit: Reuters

The US Trade Representative is currently conducting a review of India’s eligibility to avail GSP benefits. It is examining two petitions submitted by dairy producers and manufacturers of medical devices.

While the National Milk Producers’ Federation and the US Dairy Export Council have complained about restricted market access for farm products, the Advanced Medical Technology Association has raised the issue of price caps on coronary stents and knee implants.

Trump has publicly attacked India and even called it a “tariff king” and threatened to retaliate. However, there are indications that Indian policymakers have not taken his threat seriously as they feel that the flourishing India-US strategic partnership will prevent Trump from acting unilaterally in trade matters.

Another reason why they think that Trump will desist from carrying out his threat is modest duty gain (nearly $200 million) that will accrue to the US if GSP benefits to Indian exports are withdrawn.

The share of India’s GSP exports to total US has fallen from 30% in 2011-12 to 11.5% in 2017-18, Ajay Sahai, director general, Federation of Indian Export Organisation (FIEO) noted to highlight India’s declining dependence on GSP quota.

But Sahai agreed that even if the GSP may not be that critical for overall Indian exports, individual exporters could be hit if the benefits are withdrawn by the US.

“SMEs exporting to the US  think that GSP gives them sufficient cushion,” Sahai told The Wire.

However, experts have warned against taking Trump’s threat lightly given the way he has declared trade war against China and imposed retaliatory tariff on imports from allies like Japan and Korea.

For example, Anwarul Huda, professor at Indian Council for Research on International economic Relations (ICRIER), feels that Trump’s threat, which may be bargaining tactic, should be taken seriously.

Huda fears that selective withdrawal of GSP benefits to Indian exports could dent its competitiveness in the US market, working to the benefit of rivals like Vietnam and Bangladesh.

Trump recently said India has offered negotiations to sort out bilateral trade issue with the US. He exulted at the reported Indian offer, presenting it as victory of his hard-nosed approach on trade relations.

Also Read: At G7, Trump Accuses India of Charging 100% Tariff on Some US Imports

“We have a country, take India. Good relationship. They want to make a deal now because they don’t want me to do what I’m going to do, with I have to. So, they (Indians) call us. They didn’t want to make a deal with anybody else,” Trump had gloated.

The US’s industrial tariffs have fallen to close to zero after several rounds of trade liberalisation. But on the other hand, India still continues to impose high import duty, which riles Trump.

What is even more worrying for the US is that as much as 25% of India’s industrial tariffs remain unbound at the WTO.

According to latest WTO data, in 2015 India’s average bound tariff rate was 48.5%, while its simple ‘most favoured nation’ average applied tariff was 13.4%. The US has expressed concern over this, saying its exporters face tremendous uncertainty as India has considerable flexibility to change tariff rates at any time.

As Modi prepares to seek re-election next year, can he risk alienating these small businesses, which the BJP sees as its key political constituency?