Boris Johnson Wants a Trade Deal with India. But Will the UK Accept Looser Immigration Rules?

The floated deadline for the trade agreement of 2022 seems fanciful. For the UK, the problem is that New Delhi is not in a hurry and will drive a hard bargain on the issue of immigration. 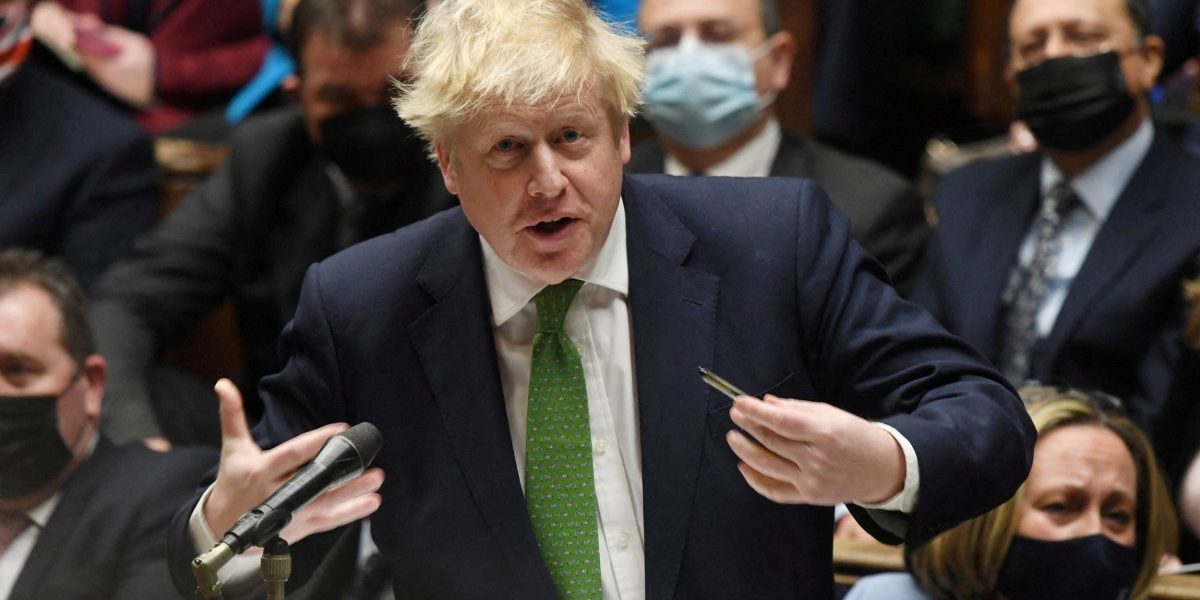 The India-UK free trade deal negotiations began almost two weeks ago. The Narendra Modi government has made any agreement contingent on relaxing rules and reducing fees for Indian students and professionals. The UK government should see this as an opportunity to address its unsustainable labour shortages and at last make good on “global Britain”.

A trade deal with India is seen as the ultimate post-Brexit prize for the UK government and the trade secretary Anne-Marie Trevelyan has described these free trade negotiations as a “golden opportunity”. She flew to New Delhi last week to persuade the Indian government to slash barriers on British-made cars, green technology and Scotch whisky. India’s commerce minister, Piyush Goyal, has requested that the export of textiles and agricultural products be made easier in addition to concessions on labour mobility in exchange.

New Delhi’s red line on immigration could be the UK’s golden ticket to solving its current worker scarcity. These trade negotiations come as the UK faces significant shortages of employees in various key industries from hospitality to road haulage. Businesses that once relied on the freedom of movement across EU countries are now struggling to find workers. Pundits warn these labour shortages will only increase in the coming years.

A UK-India trade deal could remedy this crisis and offer thousands of work visas for Indian nationals. One suggested outcome is a lower salary or skill threshold for Indians in order to make it easier for Indian migrants to come to live and work in the UK for, say, up to three years. This type of deal would be a cause for celebration for a great many Britons that recognise the benefits of immigration.

Also read: UK: Boris Johnson Polling Is Now So Bad That Conservative MPs Should Ditch Him

It is politically out of the question for a government that pursued Brexit to look across the English Channel to solve its labour shortages, but they are at least open to the prospect of making immigration of skilled Indian workers easier. Trevelyan said, “everything is on the table to discuss” and the foreign secretary is predisposed to relax immigration rules for Indian citizens. The Chancellor of the Exchequer Rishi Sunak, the son-in-law to Indian billionaire businessman N.R. Narayana Murthy, is characteristically keeping his cards close to his chest on this issue.

Home secretary Priti Patel is against the move to grant more visas. Referring to India, one member of the governing Conservative party, Edward Leigh, complained in the House of Commons that the voters did not want to “to replace immigration from Europe with more immigration from the rest of the world”. The UK government is beholden to a powerful anti-immigration base that will protest any loosening of the visa rules for Indians.

Work and tourist visas can currently cost Indians an eye watering Rs 1.4 lakh (£1,400). But now, New Delhi is laying down the law with the UK. If they want to seal a deal with their biggest post-Brexit trade partner, then they must cut visa fees for students and allow them to extend their stay in Britain after graduation. The UK Home Office’s loss in reduced  visa fees would be but a pittance compared to the Rs 2,800 crore (£28 billion) a year that the two-way trade deal is predicted to yield by 2035.

As yet, Britain has struggled to strike any new trade deals with fast-growing economies since leaving the EU. Their hopes for a US trade agreement floundered with the election of Joe Biden, and China’s increasing authoritarianism makes it an unsavoury bedfellow. The British cabinet is now putting all its eggs in one basket by relying on a trade deal with the country predicted to become the third largest economy in the world by 2050 – and this is generally not a favourable opening hand in trade negotiations.

Narendra Modi issued an invitation to Boris Johnson to attend last years’ Republic Day Parade, but no such offer has arrived at Number 10 Downing Street for next week’s celebration. Coronavirus has consistently halted the PM’s plans to visit New Delhi. After he attempted to plough ahead with a trip as India battled its second wave in April 2021, the opposition Labour party accused him of practising double standards by keeping the country he personally intended to visit off his government’s “red list” of travel.

As the UK looks to lift all lockdown restrictions as the peak of the omicron wave passes, Boris Johnson will be waiting by the phone with a red pen, ready to cancel his plans and jump on the first jet to New Delhi. An official trip to India would be a much-desired distraction to his political woes. He is looking increasingly vulnerable as more reports emerge about “industrial scale partying” in Downing Street during periods of Covid-19 lockdowns and restrictions.

The floated deadline for the trade agreement of 2022 seems fanciful. The problem is that New Delhi is not in a hurry and will drive a hard bargain on the issue of immigration. The UK’s embattled Prime Minister does not have the political inclination or courage to face down the anti-immigration elements within his own party, even if it could help solve the UK’s employment crisis. We should not expect a full-scale UK-India trade deal anytime soon.

Tom Wilkinson is a PhD candidate in the Department of International History at the London School of Economics specialising in the history of colonial and post-colonial India. He tweets @TomWilk0.