According to government sources, the trade agreement does not reflect its original intent and that the final outcome is not fair or balanced. 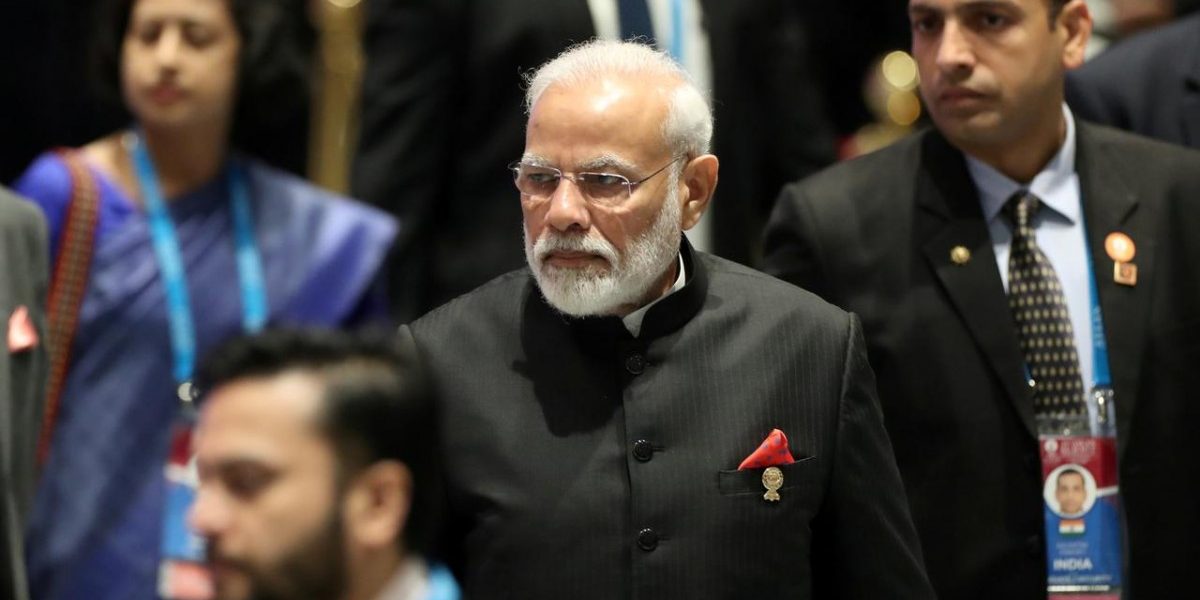 The other 15 countries involved in the deal – the 10 member states of the Association of Southeast Asian Nations (ASEAN) and its five free trade agreement (FTA) partners – will go ahead with the process that will ensure a signed deal by 2020.

At a press conference organised in Bangkok on Monday evening, India’s ministry of external affairs said that the move to drop out of the RCEP was correct.

“India conveyed its decision at the summit not to join the RCEP agreement. This reflects both our assessment of the current global situation as well as the fairness and balance of the agreement. India had significant issues of core interest that remain unresolved,” MEA Secretary (East) Vijay Thakur Singh said.

“India has participated in good faith in the RCEP negotiations and negotiated hard with a clear-eyed view of our interest. In the given circumstances, we believe that not joining the agreement is the right decision for India. We would continue to persevere and strengthen our trade, investment and people to people relations with the region,” Singh added.

Government sources said that “the prime minister stands firm as key concerns [were] not addressed.”

“There will be no compromise on core interests. [the] RCEP agreement does not reflect its original intent. [the] outcome [is] not fair or balanced,” government sources said.

The key issues that have become a sticking point include inadequate protection against an import surge from countries like China and no credible assurances on market access and non-tariff barriers.

“Our farmers, traders, professionals and industries have stakes in such decisions. Equally important are the workers and consumers, who make India a huge market and the third biggest economy in terms of purchasing power parity. When I measure the RCEP Agreement with respect to the interests of all Indians, I do not get a positive answer. Therefore, neither the Talisman of Gandhi-ji nor my own conscience permit me to join RCEP,” Prime Minister Narendra Modi reportedly said during a closed-doors meeting with other Asian leaders in Bangkok on Monday.

Modi is currently in Thailand’s capital to attend the East Asia Summit.

In a joint leaders’ statement put out on Monday evening, all 16 nations noted that while 15 of the participating countries had “concluded text-based negotiations for all 20 chapters”, India had “significant outstanding issues”.

“We noted 15 RCEP participating countries have concluded text-based negotiations for all 20 chapters and essentially all their market access issues; and tasked legal scrubbing by them to commence for signing in 2020.”

In India, domestic opposition has solidified against the RCEP, with agricultural producers and farmers fearing that cutting tariffs on dairy and other produce would open the door to cheap Chinese imports and threaten sectors that support a vast swathe of the population.

The trade-wing of the Rashtriya Swayamsevak Sangh also carried out a nationwide campaign against the deal, saying any change in tariffs would cripple factories and farms at a time of slowing economic growth.

Some supporters of the deal however  say it’s better for Indian agriculture to be in the trade zone than out.

The Confederation of Indian Industry (CII) for instance recently said that if India dropped out, it would be cut off from the RCEP region in terms of preferential access and that this would “hinder investments from many RCEP countries”.

“Not being part of the block is tantamount to not having an even footing in terms of preferential access and losing export competitiveness. This will only harm India’s export and investment flow in the future,” the CII said in a statement.

Within the government, the MEA had been pushing for India to be part of RCEP, while other ministries had differing opinions. “Ultimately, it was a political decision,” said a diplomatic source.

Singapore prime minister Lee Hsien Loong said that it was a “pity” that India was not part of RCEP, but “we hope one day it will come on board”.

“We hope one day that it will be possible, either because we can overcome the specific issues that are outstanding or India takes a different perspective, (for us to) come together and India will be part of the group,” he stated, as quoted by Channel News Asia.

A government source had noted that talks had gone on till 2 a.m. on Monday morning and then continued throughout the day. Even though both sides were aware that neither had much interest in compromising, negotiations did go to the last minute.

“We were still hoping and praying…,” said a diplomatic source from an ASEAN country.

It had been clear that the RCEP would have gone ahead in Bangkok this time, even if India did not join the club. “There was a decision within ASEAN at the June summit that RCEP will be completed, without India if required,” said an Indian government official.

At the post RCEP summit press conference by India, there were repeated questions from the Indian and foreign media on whether India would be willing to join the free trade agreement in the future. However, Singh, the senior Indian diplomat present did not give any definite answer, only repeating her earlier words. “I have already conveyed that we have conveyed to the participating countries that India will not be joining the RCEP,” she said.

The lack of a definite answer could mean that India wants to keep all options open. However, it will find the going tough to convince the other countries to make compromises.

As the diplomatic source noted, all the 15 countries have closed the RCEP chapter. “I would be very untenable to reopen again, because it essentially means that any other country can do so going forward,” he said. There is also a general fatigue with indefinite trade negotiations.

Doubts for region too

The other participating countries, especially New Delhi’s friends, Japan and Singapore, had wanted India’s presence within RCEP to ensure that no one country – read China – dominated and influenced the body. This had been a recurring theme for most South East Asian nations to prop India in regional bodies since New Delhi framed its Look East policy.

India’s absence also raises a question mark about the concept of the Indo-Pacific, with the two important book-ends of the region, India and United States keeping out of RCEP and the Trans-Pacific Partnership respectively.

It was in India’s interest to make the Indo-Pacific concept represent something beyond security, and RCEP’s economic focus provided the perfect complementarity. But now that India is not part of the most important regional economic framework, it would be difficult to sell the Indo-Pacific idea to Asean.

Analysts believe India’s leverage to force concessions in the future is also highly limited. “If it joins “eventually”, it joins with other people’s rules. That’s the same problem the US may have on TPP. The US will think this TPP is a floor, the 11 will think it is a ceiling. They will accommodate the US part way because the US is, well, the US. But India is not the US,” Evan A. Feigenbaum, Vice President for Studies at the Carnegie Endowment for International Peace, told The Wire.

Ultimately, the Bangkok summit saw the emergence of a clear champion in geo-political terms. Not only did India not join RCEP, but the United States also downgraded its presence with the official delegation led by its national security advisor. “Only one Asian power clearly emerged the winner from this summit,” said the diplomat from an Asean member state.