In the interest of their citizens, countries in the region have no option but to work together to develop climate mitigation policies. 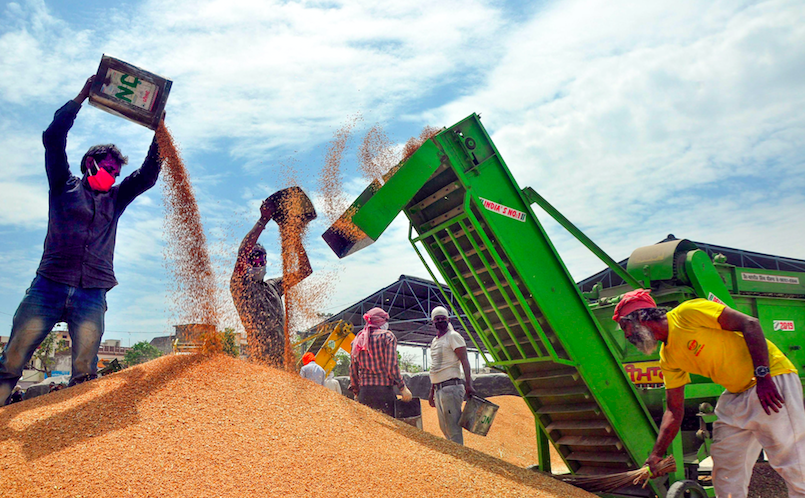 South Asian nations are truly an enigma. Despite their economies growing at a high rate, they continue to host many malnourished children and adults, especially women.

The region has about a quarter of the world’s population, which is projected to grow to about 40% by 2050. South Asia has missed the sustainable development goals (SDGs), adopted by UN General Assembly in 2015. One of the objectives of SDGs was to end hunger, achieve food security and improve nutrition, while promoting sustainable agriculture. It was also supposed to help the poor in each country and promote good health and well-being which are essential for sustainable development.

South Asia bears a high burden of poverty and undernutrition. About 42% of the world’s poor, earning less than US$1.25 per day, live in the region. Nearly 21% of the population is undernourished, and more than 41% of children are underweight. About 48.4% of women of reproductive age are anaemic. The stunting (too short for their age) rate of 30.7% among children is higher than the global average of 22%. Wasting (less weight for height among children up to 5 years) is 14.1% while the global average is only 6.7%. In the case of breastfeeding children, South Asia’s performance is better than that of other regions. About 57.2% of infants aged 0 to 5 months are breastfed in South Asia while the global average is 44%.

Clearly, South Asian nations face an enormous challenge of human development. The irony is that an increasing share of population is consuming more calories than required and is exercising less than recommended. As a result, 8.4% of South Asia’s women and 4.8% of men are obese. In India, this proportion is even higher.

Even as the world was slowly limping back to normalcy after nearly two years of COVID-19-induced problems, in February 2022, Russia invaded Ukraine – which caused an upsurge in global prices of food and fuelled inflation even in developed economies which had not faced such high consumer inflation in a generation.

Nepal was able to contain inflation to 7.38% in November 2022. Bangladesh was also successful in keeping inflation to 8.14% through some deft management.

The Government of India has been highly sensitive to inflation and even before the Russian invasion of Ukraine, India had been taking steps to contain food inflation. With a population of 1.4 billion (by end of 2023), the Indian government and the Reserve Bank of India accord high priority to keeping inflation under check.

India runs the world’s largest food distribution programme for the poor. Even before COVID-19 hit India, about 810 million beneficiaries were entitled to receive 5 kg wheat/rice at highly subsidised rates of Rs 2 per kg for wheat and Rs 3 per kg for rice (about 1.2 cents).

However, India’s PDS is largely cereal centric, and the poor population of Indians do not receive proteins and other nutrients, necessary for a healthy diet. India also runs an ambitious mid-day meal programme, under which the primary school children are provided hot cooked meals.

Due to deficient monsoon, India’s rice production is estimated to decline this year by 6% to 105 million tonnes. To manage the stock, India imposed export duty of 20% on non-basmati rice in September 2022 and export of broken rice was banned.

About 30% of the Indian population is vegetarian and pulses are important for their protein requirement. Therefore, the government makes every effort to keep the prices of pulses low. Inflation in pulses in November 2022 was only 3.15%, even though India imports around 15% of the annual consumption of pulses.

Globally, India is the largest producer and consumer of gram (chana). In the last two years, the chana prices have been below the minimum support price (MSP). The government has been selling chana below the MSP. This has kept pulses inflation low.

Retail prices of tur (arhar) touched Rs 200 a kg in 2016. For bringing stability to the pulses market and to maintain supply of pulses, the government signed a medium-term arrangement with Mozambique, Malawi and Mynamar for the import of some quantity of pulses at zero duty.

In addition to the above steps to augment the domestic availability of pulses, the government in July 2021 invoked Essential Commodities Act and imposed stock limits on tur, masoor and urad.

In the case of edible oils, India is even more dependent on imports and about 65-70% of domestic consumption has to be met by imports. To augment domestic availability at reasonable prices, the government has lowered import tariffs.

From the above, it becomes clear that India has been quite successful in keeping food inflation under check. 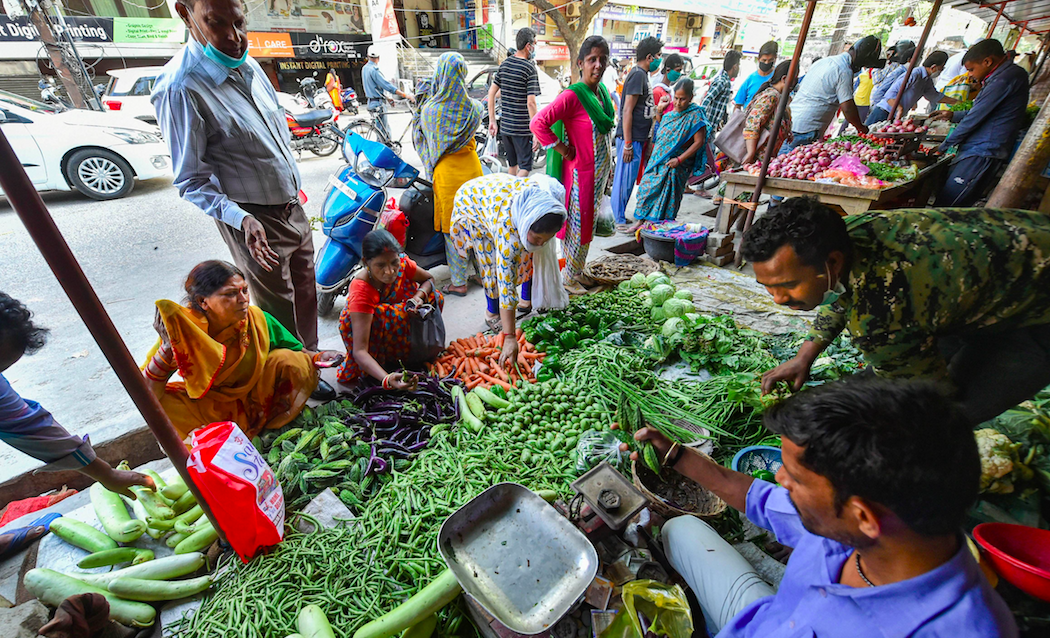 As far as trade is concerned, South Asia is one of the least integrated regions in the world. A Brookings India study of 2020 estimated that only 5.6% of total trade takes place among South Asian nations. In East Asia and the Pacific, intra-regional trade contributes about 50% of total trade.

However, a lot of trade within the region is through third countries. My colleagues in Indian Council for Research on International Economic Relations (ICRIER), Dr Nisha Taneja and Samridhi Bimal had estimated that informal trade between India and Pakistan in 2012-13 was close to US$ 4.71 billion, about twice the value of formal trade. They had estimated that India’s export was US$ 4 billion while its import was US$720 million.

Higher volume of trade can be mutually beneficial to all the countries in South Asia as the surplus production can be exported, which can reduce the fluctuation in prices of agricultural produce, particularly perishable commodities. To achieve this, a much better infrastructure of storage and transportation across the region is required for increasing the trade in such produce. Reeling currently under high food inflation, Pakistan can benefit from open trade in agricultural produce from India.

In 2017, India signed 14 Comprehensive Strategic Partnership (CSP) agreements with the UAE. India-Middle East Food Corridor can evolve into a major contributor to the food security of Arab Gulf states. Indian productivity of crops, milk, meat, poultry, and fisheries will have to increase substantially if India must become a reliable exporter of agricultural produce to the gulf.

In addition to a liberal trade regime, it is important for South Asian countries to formulate policies which would encourage the consumption of nutritious diets. An International Food Policy Research Institute (IFPRI) paper titled ‘Affordability of nutritious diets in rural India’ highlighted the need to improve the advertising and publicity for nutritious food. Highly processed food receives a lot of publicity funds from private companies.

In 2010, the World Bank launched the South Asia Food and Nutrition Security Initiative (SAFANSI) to address the challenge of malnutrition. However, in ten years of its existence, it does not seem to have much difference to the nutritional status of these countries.

South Asian agriculture is extremely vulnerable to climate change. In February 2022, the Intergovernmental Panel on Climate Change (IPCC) published the Sixth Assessment Report. It projects a 2% loss of GDP for South Asian nations by 2050 and about 9% by 2100 in a business-as-usual scenario. Heat waves are projected to be longer and more intense. We have already seen the devastating floods in Pakistan in 2022. It is estimated to have caused damage of $30.2 billion, about 4.8% of its GDP. Some 8.4 million people have been pushed below the poverty line. In Bangladesh also, about 7.2 million people were affected by flash floods in May and July 2022.

In the interest of their citizens, South Asian nations should have no option but to work together to develop climate mitigation policies. The vast masses of poor living in the region are in no position to bear the brunt of climate change. Collaboration rather than confrontation is the need of the hour.

Liberal trade among south Asian nations can be a boon to the poor in these countries.

This is an edited version of a speech delivered on January 20, 2023 at the South Asia Agri Summit, Kathmandu.