Experts appear to believe that while a part of the changes the global economy is seeing may be temporary, some shifts could be more permanent. The Chinese national flag flies outside a hotel in central Beijing, China May 15, 2019. Photo: Reuters/Thomas Peter/Files

New Delhi: While much of the global trade ecosystem is reeling from the impact of the COVID-19 pandemic, China’s exports have come roaring back to life, surpassing even pre-coronavirus levels, according to the Financial Times.

Some of this is thanks to virus itself, the FT says, as global demand for Chinese goods like electronic products and medical equipment has seen a sharp rise. According to Bloomberg, it’s also not just that – “China is supplying the kind of sophisticated machinery that German manufacturers once dominated, like high-end tunnel borers and hydraulic valves and pumps used in wind turbines.”

China was the first country to be hit by the coronavirus pandemic, and appears to be first in line to make an economic recovery. In the second quarter of 2020, China was the only major global economy to have a positive rate of GDP growth. The Chinese currency is also on the rise, and has become stronger for the eight week in a row.

Citing data from Oxford Economics and Haver Analytics, the FT report says “while overall volumes have fallen, China’s share of global exports compared with other large exporters leapt to more than 18 per cent in April, before falling back slightly to 15.9 per cent in July”.

Also read: COVID-19 Has Pushed the Indian Economy Into a Tailspin. But There’s a Way Out.

Experts appear to believe that while a part of the changes the global economy is seeing may be temporary, some shifts could be more permanent. China’s export growth is also indicative of larger trends in East Asia, which have seen a smaller infection rate in the last few months and have been able to open up their economies and manufacturing activities faster. The fact that people across the world are also purchasing technologies that make it easier to work from home has fuelled this growth, FT says.

In South Korea, for instance, electronics and medical product industries have performed well recently, but heavy industries like shipping and automobiles continue to struggle. 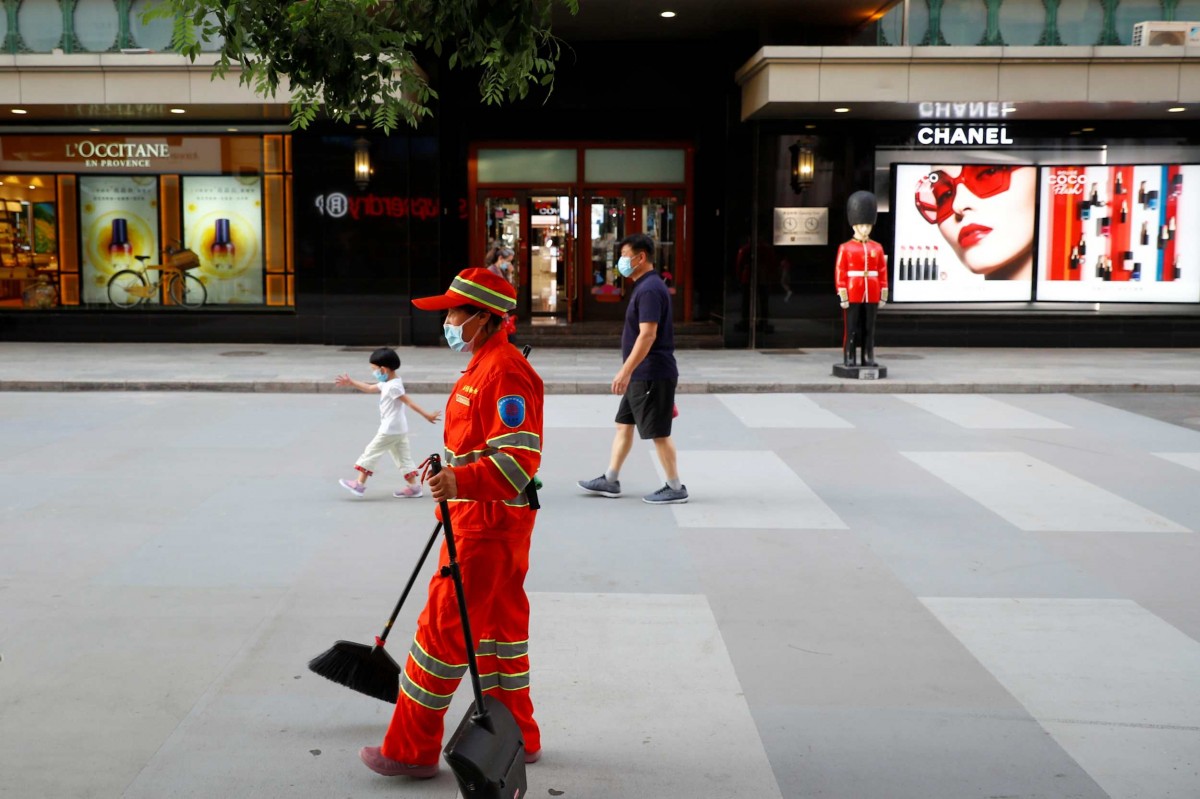 State support has been an important part of China’s quick recovery, the FT report states, but experts also pointed to the “entrepreneurial and agile” nature of the companies involved, most of which are not state owned. While the stimulus packages in the West have been more focused on creating demand, China has focused on supply. “China has stimulated less and relied more on exports to drive its own recovery,” Brad Setser, senior fellow at the think-tank Council on Foreign Relations, told FT.

Recently, though, consumer spending in China is also on the rise – retail sales in August were up 0.5% from the previous year. This is the first time sales have increased in 2020, CNN reported. Earlier on Monday, China‘s cabinet issued guidelines to boost new types of consumption, including online shopping and payments, in a bid to support the recovery of the economy, Reuters noted.

So while industry – and therefore exports – had a head start in China, as the Economist too has noted, consumer spending is also picking up now. All in all, it appears to be racing ahead of other big economies in terms of making a post-pandemic recovery.

The Indian economy has been one of the worst hit by the coronavirus pandemic, with many economists arguing that this is because the country was already witnessing a downturn before the pandemic hit. In the second quarter of 2020, India reported a GDP growth rate of -23.9%. Many have argued that the number may in fact be a lot worse, since the official statistics don’t account for the informal sector, which is more vulnerable to crises of this kind.