Why Does India's Geological Heritage Remain an Unchampioned Cause?

India's geological ‘tryst with destiny’ does not begin at Harappa, Mohenjo-Daro or even in the later Vedic period. It goes back billions of years, and we're doing little to nothing to protect it. 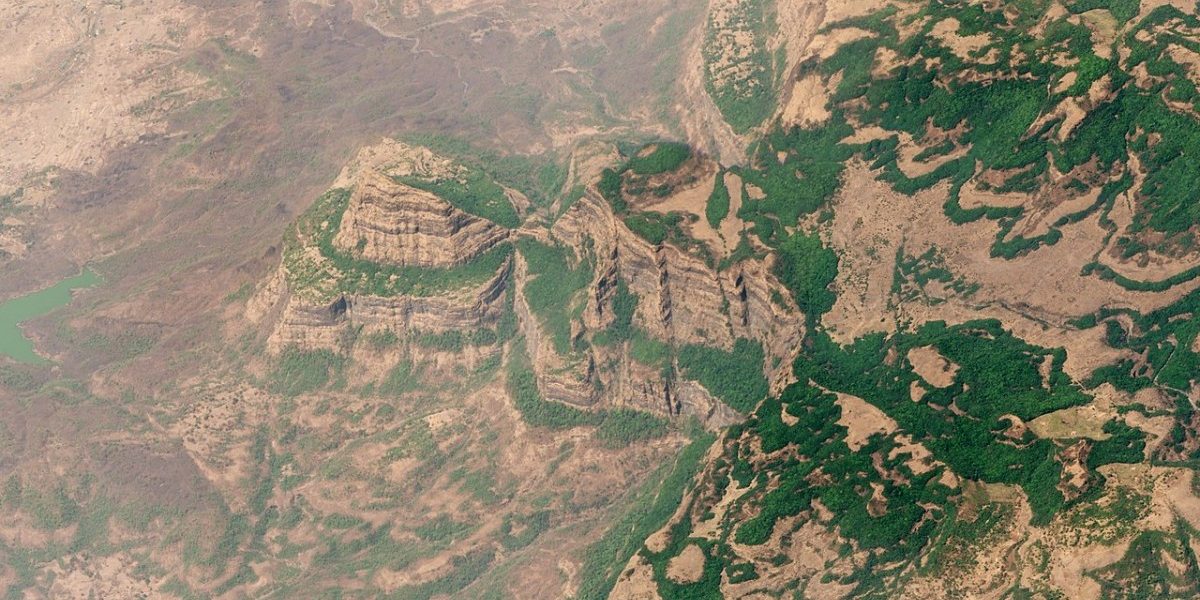 The geodiversity of India is as varied as most other aspects of the country, with landscapes changing from the world’s greatest peaks to coastal dunes, large inland water bodies at the same time as wetlands and coral reef islands. In a number of places, we find a variety of rocks and minerals and distinctive fossil assemblages. These geological features and landscapes that evolved over billions of years tell us the spectacular stories of our origins. India’s tumultuous geological past is recorded in its rocks and terrains, and they should be considered our non-cultural heritage.

Thanks to unplanned real estate growth, many such features have been knowingly or unknowingly destroyed. Destructive stone mining activates also add to this misery. That India accounts for more than 30% of the world’s stone production illustrated the magnitude of the quarrying and excavation activities in the country. Apart from marble, the export of what is collectively called as granite – a term encompassing diverse suites of metamorphic and igneous rocks that form Earth’s most ancient crust – fetches billions of dollars’ worth of foreign exchange in lieu of revenues from the booming domestic real estate market.

Most unscientifically mined and managed, this industry is the second-largest foreign exchange earner after bulk iron ore, and is generally outside the pale of public scrutiny, and remains unregulated despite some (weak and unimplementable) environmental laws. The magnitude of these activities is evident from the fact that the area covered under stone-mining operations exceeds more than 10% of the total area of India.

An article in Science in August this year discussed this sorry state of affairs. Coveted palaeontological sites known for their rich cache of fossils have either been shut down by land owners or obliterated in the name of development. Geological conservation seeks to ensure the survival of the best representative examples of India’s geological features and events so that present and future generations can appreciate more of the world’s best natural laboratories. Unfortunately, geological conservation, unlike its archaeological counterpart, remains an ignored subject in the country. We still do not have even a legal framework to keep these jewels from being destroyed.

And this geological heritage will be lost forever if anthropogenic activities are allowed to go on unchecked, especially in the context of the current developmental catechism. This situation calls for sustainable conservation approaches, such as those we have been able to formulate to protect biodiversity. For example, the unique geographic entity of Kutch in Gujarat and its vicinity contains dinosaurian fossils of the Mesozoic age (200 million years ago). However, many scientifically informative geological sections in that region that preserve the signatures of early Earth have been lost forever due to the construction of highways and real-estate development. The Trichinopoly region of Tamil Nadu was originally a Mesozoic ocean. Now a veritable store house of Cretaceous (60 million years ago) marine fossils is in a state of decline thanks to both legal and illegal activities.

One can many such abominable cases of destruction that happen on a regular basis in India. Basalt columns found in St Mary’s Island, off Udupi, Mangalore, are unique geological features that formed when large basaltic lava eruptions impacted central India 60-40 million years ago. They should be declared national assets, including bodies of unusual rock types, landforms that preserve records of natural events, significant fossil localities, stratigraphic type sections, areas where significant advances in geology are being made and deposits of particular minerals. For example, the now defunct Kolar gold mines should be developed into a geological museum with an educational outreach unit for students to learn and appreciate geology.

All these features tell us how the land we are so familiar with came to be, and are part of an evolutionary history that made India what it is today. Ironically, on the one hand, we reach out to Mars in search of evidence for early life, but on the other, we destroy such evidence that is so precious and right in our backyard. How many of us know about the little known Dhala meteoritic impact crater in Shivpuri, Madhya Pradesh, a 1.5-2.5 million year old preserved as a mark of a celestial collision when life must have just begun? (The more famous Lonar crater in Buldhana district of Maharashtra was dated to be about 50,000 years old). Or for that matter the 236,000-year old female Homo species discovered in Hathmora, Madhya Pradesh? Scientists initially called the fossil the “Narmada Man”, but this was a mistake; they later turned out to be that of a woman 27-32 years old.

Geo-heritage sites in many countries have been developed as geo-parks. Canada, China, Spain, the US and the UK have suitable provisions for the preservation and conservation of their national geo-heritage. UNESCO has also prepared guidelines for the development of geo-parks. Many countries also have the necessary legislation to build, protect and designate geo-parks. Europe celebrates its geological heritage across 73 zones.

Japan offers another good lesson in such conservation. The 1995 Kobe earthquake involved a fault that cut right through the town of Hokkudan, with one side rising up by a metre. The city administration constructed their earthquake memorial park around 150m of this rupture to preserve this fault. What greater educational experience could one aspire for? The devastating Latur earthquake of 1993 had also generated a vertical ground rupture of one meter near the Killari town. This year marks the 25th anniversary of that devastating event. I don’t think if we have ever thought of creating a memorial park around this feature. We also had a catastrophic tsunami on the Indian east coast in 2004; over a decade later, we don’t have a suitable memorial.

The collective memory of such natural tragedies reinforced through memorialisation will go a long way in preparing communities over several generations to withstand similar eventualities.

The Geological Survey of India is the custodian agency entrusted with the protection of geological features. Their website suggests more than 26 sites have been have been selected for preservation as part of their commitment. However, we are yet to see a concerted strategy from officials to this end. A major challenge for Indian geologists, including the Geological Survey, is the (non)existence of a complete inventory of geological structures in the country, and to see that all government developmental plans take full account of it. Educational outreach also needs to be organised for government officials and politicians about these irreplaceable treasures. And most importantly, we need to evolve practical mechanisms to protect and manage the geological heritage features.

Geo-conservation should be a major factor in land-use planning and a stringent legal framework needs to be evolved to support such strategies. We also lack a comprehensive national policy on conserving geo-heritage, akin to the US National Park Services, signed into law in 1916. There is so much aggressive talk of our cultural heritage these days and its various interpretations, with varying shades of truth and untruth, but our ‘tryst with destiny’, to borrow Jawaharlal Nehru’s words, does not begin at Harappa, Mohenjo-Daro or even in the later Vedic period. It goes back billions of years.