What the Nobel Prizes Are Not 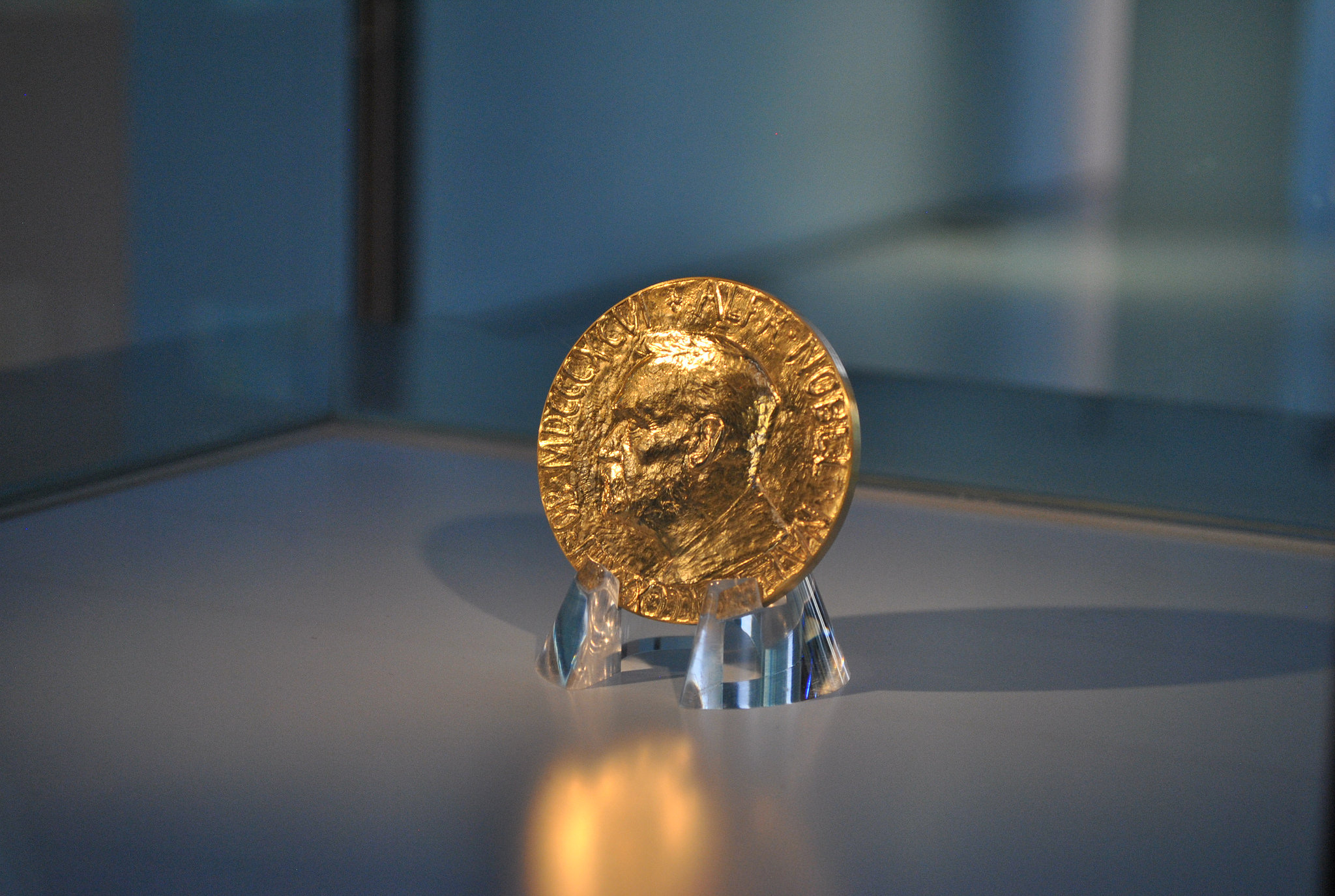 The winners of this year’s Nobel Prizes are being announced this week. The prizes are an opportunity to discover new areas of research, and developments there that scientists consider particularly notable. In this endeavour, it is equally necessary to remember what the Nobel Prizes are not.

The prizes have been awarded to white men from Europe and the US most of the time, across the medicine, physics and chemistry categories. This presents a lopsided view of how scientific research has been undertaken in the world. Many governments take pride in the fact that one of their citizens has been awarded this prize, and often advertise the strength of their research community by boasting of the number of Nobel laureates in their ranks. This way, the prizes have become a marker of eminence.

However, this should not blind us from the fact that there are equally brilliant scientists from other parts of the world that have done, and are doing, great work. Even research institutions do this; for example, this is what the Institute for Advanced Study at Princeton University, New Jersey, says on its website:

The Institute’s mission and culture have produced an exceptional record of achievement. Among its Faculty and Members are 33 Nobel Laureates, 42 of the 60 Fields Medalists, and 17 of the 19 Abel Prize Laureates, as well as many MacArthur Fellows and Wolf Prize winners.

What the prizes are

Winning a Nobel Prize may be a good thing – but not winning a Nobel Prize is not a bad thing. This perspective is often lost in conversations about the quality of scientific research. When the Government of India expresses a desire to have an Indian scientist win a Nobel Prize in the next decade, it is a passive admission that it does not consider any other marker of quality to be worth the endorsement. Otherwise, there are numerous ways to make the statement that the quality of Indian research is at par with the rest of the world’s (if not better in some areas).

In this sense, what the Nobel Prizes afford is an easy way out. When scientists are being considered for promotions, evaluators frequently ask whether a scientist in question has published in “prestigious” journals like Nature, Science, Cell, etc. If the scientist has, it is immediately assumed that the scientist is undertaking good research. Notwithstanding the fact that supposedly “prestigious” journals also publish bad science more often than you’d think, this process of evaluation is unfair to scientists who publish in other peer-reviewed journals and who are doing equally good, if not better, work.

Obviously this method of evaluation is more arduous but it is also fairer. Now, is it more important to be fair or to be quick? On-time assessments and rewards are important, particularly when resource optimisation carries greater benefits as well as where the population of young scientists is higher than in most countries. But instead of settling for one or the other way, why not ask for both methods at once: to be fair and to be quick at the same time? This may be more difficult than other methods of evaluating research but in the longer run, it will serve all scientists as well as science better in all parts of the world.

In fact, global representation is another area where the Nobel Foundation has faltered. It has ensured that the Nobel Prizes have accrued immense prestige but it hasn’t simultaneously ensured that the scientists it deems fit to decorate with that prestige have been selected equally from all parts of the world. Apart from favouring white scientists from the US and Europe, the Nobel Prizes have also ignored the contributions of women scientists. Thus far, only two women have won the physics prize (out of 206), four women the chemistry prize (out of 177) and 12 women the medicine prize (out of 214).

One defence often advanced to explain this bias is that the Nobel Prizes typically reward scientific and technological achievements that have passed the test of time, achievements that have been repeatedly validated and whose usefulness for the common people has been demonstrated. As a result, the prizes can be understood to be awarded to research done in the past – and in this past, women have not made up a significant portion of the scientific workforce. Perhaps more women will be awarded going ahead.

But this argument barely holds water. Many women have been passed over for the Nobel Prizes when they should not have been, and the Nobel Committee, which finalises each year’s laureates, is in no position to explain why. Famous omissions include Rosalind Franklin, Vera Rubin and Jocelyn Bell Burnell. This defence becomes even more meaningless when you ask why so few people from other parts of the world have been awarded the Nobel Prize. This is because the Nobel Prizes are a fundamentally western – even Eurocentric – institution in two important ways.

First, they predominantly acknowledge and recognise scientific and technological developments that the prize-pickers are familiar with, and the prize-pickers are a group made up of all previous laureates and a committee of Swedish scientists. They are only going to acknowledge research that is already familiar with and by people its own members have heard of. It is not a democratic organisation. This particular phenomenon has already been documented in the editorial boards of scientific journals, with the effect that scientific research undertaken with local needs in mind often finds dismal representation in scientific journals.

Second, according to the foundation that awards them, the Nobel Prizes are designated for individuals or groups whose work has granted the “greatest benefit on mankind”. How do you determine such work for the science prizes? How do we evaluate the legitimacy and reliability of scientific work at all? Currently, we check whether the work has followed certain rules, passed certain checks, received the approval of the author’s peers, etc. All of these are encompassed in the modern scientific publishing process: a scientists describes the work they have done in a paper, submits the paper to a journal, the journal gets the paper reviewed up the scientist’s peers, once it is okay the paper is published. It’s only when a paper is published that most people consider the research described in it to be worth their attention. And the people who award the Nobel Prizes implicitly trust the modern scientific publishing process even though the foundation itself is not obligated to, essentially as a matter of convenience.

What of the knowledge not published in such papers but in other fora? What of the knowledge not published in the few journals that get a disproportionate amount of attention (a.k.a. the “prestige” titles like Nature, Science and Cell)? Obviously there are a lot of silly ideas that are filtered out in this process but there are many scientists conducting research in resource-poor economies that simply can’t afford to publish in fancy journals. Preprints can resolve this issue, just the way they are expected to in the context of performance evaluation at universities, but they’re a fairly recently innovation.

Then there are scientists and other academics who are improving previously published research to be more sensitive to the local conditions in which the conclusions are applied. There are specialists unearthing new knowledge that could be robust but which is not being considered as such simply because they’re not scientists, such as farmers. It’s very difficult for these people to be exposed to scholars in other parts of the world and for the knowledge they have helped create/produce to be discovered by other people. The opportunity for such interactions is diminished further when the research conducted is not in English.

In effect, the Nobel Prizes highlight people and research from one small subset of the world. There are a lot of people, a lot of regions, a lot of languages and a lot of expertise excluded from this subset. There are also many male, White westerners left out by virtue of each prize being limited to three laureates at a time – an anachronism in the age of Big Science.

As the prizes are announced one by one, we need to bear these limitations in mind and choose our words carefully, so as to not exalt the prizewinners too much and downplay the contributions of numerous others in the same field as well as in other fields. The laureates have not been chosen from among all qualifying candidates in the world. More importantly, we must not assume that the Nobel Prizes are any kind of crowning achievement.