Physicists have taken another small – but vastly more interesting – step towards understanding why the universe has more matter than antimatter. 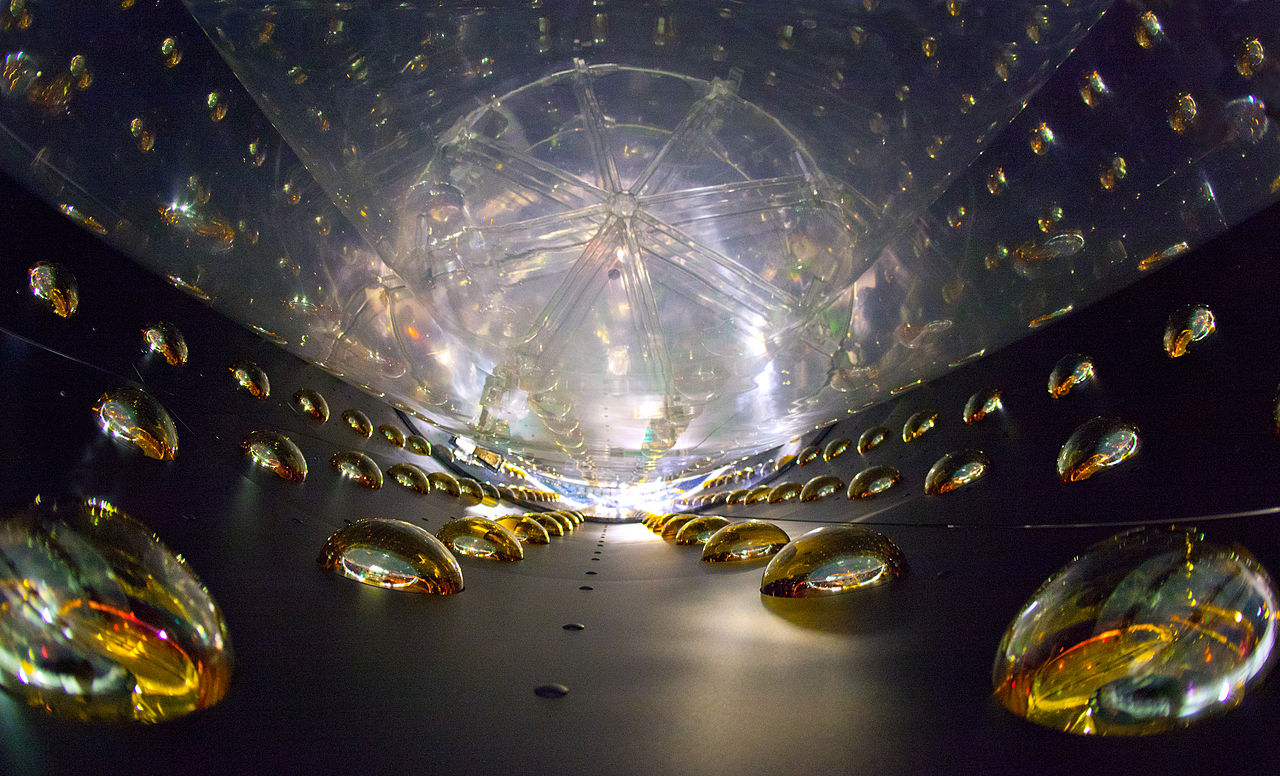 The universe is supposed to contain equal quantities of matter and antimatter. But this isn’t the case: there is way more matter than antimatter around us today. Where did all the antimatter go? Physicists trying to find the answer to this question believe that the universe was born with equal amounts of both. However, the laws of nature that subsequently came into effect were – and are – biased against antimatter for some reason.

In the language of physics, this bias is called a CP symmetry violation. CP stands for charge-parity. If a positively charged particle is substituted with its negatively charged antiparticle and if its spin is changed to its mirror image, then – all other properties being equal – any experiments performed with either of these setups should yield the same results. This is what’s called CP symmetry. CPT – charge, parity and time – symmetry is one of the foundational principles of quantum field theory.

Physicists try to explain the antimatter shortage by studying CP symmetry violation because one of the first signs that the universe has a preference for one kind of matter over the other emerged in experiments testing CP symmetry in the mid-20th century. The result of this extensive experimentation is the Standard Model of particle physics, which makes predictions about what kinds of processes will or won’t exhibit CP symmetry violation. Physicists have checked these predictions in experiments and verified them.

Also read: Why Indian Physicists Are Setting up a Tricky Experiment in an Active Uranium Mine

However, there are a few processes they’ve been confused by. In one of them, the SM predicts that CP symmetry violation will be observed among particles called neutral B mesons – but it’s off about the extent of violation.

This is odd and vexing because as a theory, the SM is one of the best out there, able to predict hundreds of properties and interactions between the elementary particles accurately. Not getting just one detail right is akin to erecting the perfect building only to find the uniformity of its design undone by a misalignment of a few centimetres. It may be fine for practical purposes but it’s not okay when what you’re doing is building a theory, where the idea is to either get everything right or to find out where you’re going wrong.

But even after years of study, physicists aren’t sure where the SM is proving insufficient. The world’s largest particle physics experiment hasn’t been able to help either.

A pair of neutral B mesons can decay into two positively charged muons or two negatively charged muons. According to the SM, the former is supposed to be produced in lower amounts than the latter. In 2010 and 2011, the Dø experiment at Fermilab, Illinois, found that there were indeed fewer positive dimuons being produced – but there was sufficient evidence that the number was off by 1%. Physicists believe that this inexplicable deviation could be the result of hitherto undiscovered physical phenomena interfering with the neutral B meson decay process.

This discovery isn’t the only one of its kind. CP violation was first discovered in processes involving particles called kaons in 1964, and has since been found affecting different types of B mesons as well. And just the way some processes violate CP symmetry more than the theory says they should, physicists also know of other processes that don’t violate CP symmetry even though the theory allows them to do so. These are associated with the strong nuclear force and this difficulty is called the strong CP problem – one of the major unsolved problems of physics.

Also read: All You Need to Know to Get Started on Particle Physics

It is important to understand which sectors, i.e. groups of particles and their attendant processes, violate CP symmetry and which don’t because physicists need to put all the facts they can get together to find patterns in them, seeds of theories that can explain how the creation of antimatter at par with matter was aborted at the cosmic dawn. This in turn means that we keep investigating all the known sectors in greater detail until we have something that will allow us to look past the SM unto a more comprehensive theory of physics.

It is in this context that in the last few years, another sector has joined this parade: the neutrinos. Neutrinos are extremely hard to trap because they interact with other particles only via the weak nuclear force, which is much weaker than the name suggests. Though a few trillion neutrinos will pass through your body in your lifetime, maybe three will interact with the atoms in your body. To surmount this limitation, physicists and engineers have built very large detectors to study them as they zoom in from all directions: outer space, from inside Earth, from the Sun, etc.

Neutrinos exhibit another property called oscillations. There are three types or flavours of neutrinos – called electron, muon and tau (note: an electron neutrino is different from an electron). Neutrinos of one flavour can transform into neutrinos of another flavour at a rate predicted by the SM. The T2K experiment in Japan has been putting this to the test. On October 24, it reported via a paper in the journal Physical Review Letters that it had found signs of CP symmetry violation in neutrinos as well.

If neutrinos obeyed CP symmetry, then muon neutrinos should be transforming into electron neutrinos – and muon antineutrinos should be transforming into electron antineutrinos – at the rates predicted by the SM. But the transformation rate seems to be off. Physicists from T2K had reported last year that they had weak evidence of this happening. According to the October 24 paper, the evidence this year is less weak almost by half – but still not strong enough to shake up the research community.

While the trend suggests that T2K will indeed find that the neutrinos sector violates CP symmetry as it takes more data, enough experiments in the past have forced physicists to revisit their models after more data punctured this or that anomaly present in a smaller dataset. We should just wait and watch.

Also read: What Are Time Crystals? And What Have Two New Experiments Found About Them?

But what if neutrinos do violate CP symmetry? There are major implications, and one of them is historical.

When the C, P and T symmetries were formulated, physicists thought they were each absolute: that physical processes couldn’t violate any of them. But in 1956, it was found that the weak nuclear force does not obey C or P symmetries. Physicists were shaken up but not for long; they quickly rallied and fronted an idea 1957 that C or P symmetries could be broken but both together constituted a new and absolute symmetry: CP symmetry. Imagine their heartbreak when James Cronin and Val Fitch found evidence for CP symmetry violation only seven years later.

As mentioned earlier, neutrinos interact with other particles only via the weak nuclear force – which means they don’t abide by C or P symmetries. If within the next decade we find sufficient evidence to claim that the neutrinos sector doesn’t abide by CP symmetry either, the world of physics will be shaken up once more, although it’s hard to tell if any more hearts will be broken.

In fact, physicists might just express a newfound interest in mingling with neutrinos because of the essential difference between these particles on the one hand and kaons and B mesons on the other. Neutrinos are fundamental and indivisible whereas both kaons and B mesons are made up of smaller particles called quarks. This is why physicists have been able to explain CP symmetry violations in kaons and B mesons using what is called the quark-mixing model. If processes involving neutrinos are found to violate CP symmetry as well, then physicists will have twice as many sectors as before in which to explore the matter-antimatter problem.