"The point is that it makes 200 million Muslims feel as if somehow their religion is not as valid or as Indian as the others. That’s not a good recipe for harmony." 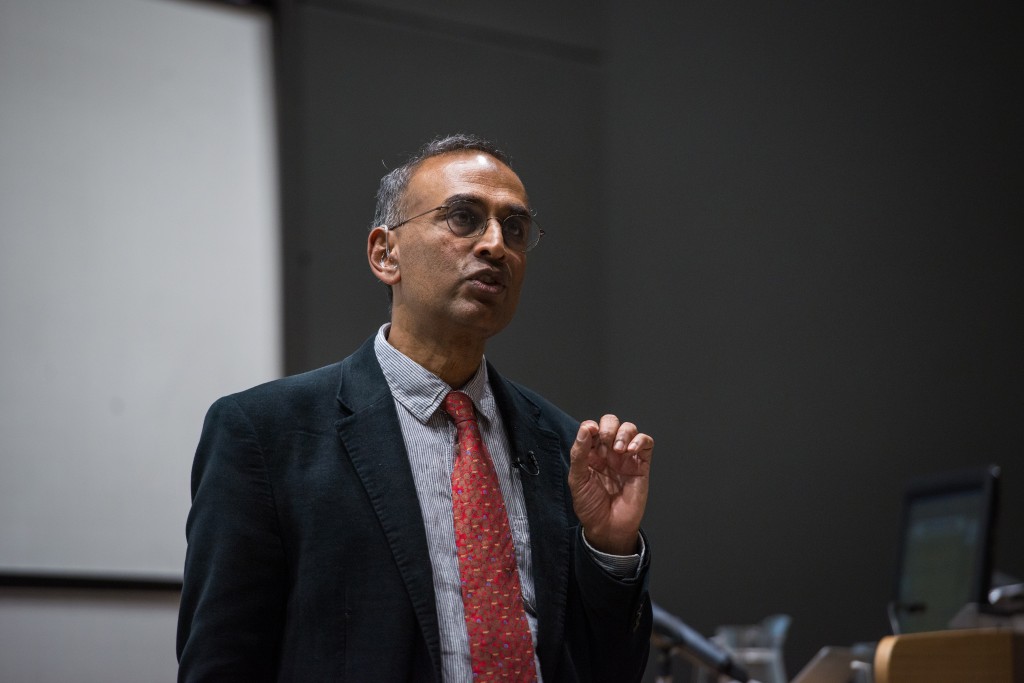 New Delhi: Among critics of the Citizenship (Amendment) Bill, 2019 is now structural biologist and Nobel laureate  Venkatraman Ramakrishnan, who in an interview to The Quint came down heavily on the divisive political role of the legislation.

According to excerpts selected and published by the news portal, of the interview, Ramakrishnan has called the Bill (which became an Act by the time this report was published) “dangerous” and heavily contested the grounds on which the ruling Bharatiya Janata Party government got it passed through both houses of parliament.

The Citizenship (Amendment) Act offers the possibility of Indian citizenship to migrants from six religious communities arriving from the countries of Bangladesh, Pakistan and Afghanistan alone. In its exclusion of Muslims, it seeks to further the BJP and its ideological family’s goal of a Hindu India, say its critics.

Ramakrishnan too is convinced that the Bill, while ostensibly not in a position to affect India’s Muslim people, leaves them distinctly concerned.

“The point is that it makes those 200 million Muslims [who live in India] feel as if somehow their religion is not as valid or as Indian as the others. That’s not a good recipe for harmony. India should not be competing with Pakistan or Afghanistan,” he is quoted as having said.

The Bill has been widely panned by the academic community across the country and outside it, with several petitions against it doing the rounds and signature counts crossing thousands. The 2009 Chemistry Nobel winner told the portal that he did not sign any such petition as he is no longer an Indian citizen.

“But what I am is a person who was born and grew up in India.

“I was educated in India until the age of 19, all the way till my undergraduate degree at the MS University of Baroda. I was a recipient of a national science talent scholarship by the Government of India. So, I’m very grateful to India.

“It is true that as someone who left India a long time ago and has not been an Indian citizen for a very long time, I don’t have a local standing. However, it is the country I am from, and so I have a deep affection for India and I want India to do well.”

Ramakrishnan also said that such a Bill, which alienates a large section of the society, distracts from what should be a country’s true goals – that of removing poverty, lifting the economy, and finding a solution to the problems of water and energy.

This necessity for prioritising administration over sectarianism is something Ramakrishnan has called for earlier as well. In 2017, he said that Indians should spend more time thinking about education, particularly in the fields of science and technology, and not remain caught up in “all this sectarian squabble about who eats what kind of meat”.

Notably, Ramakrishnan also fact-checked a claim made by Union home minister Amit Shah. Shah, during the parliament debate on the Bill, had said it was impossible that Muslims in Muslim-majority countries would be mistreated – and would thus need India’s shelter.

Calling the claim “nonsense,” Ramakrishnan went on to give an example from science itself and cited physicist Abdus Salam.

“[He] was a great theoretical physicist and he won the Nobel Prize for his work. People desecrated his grave in Pakistan because he was an Ahmadiyya and thus considered by some people to not be a proper Muslim.”

Salam was forced to flee Pakistan due to state-aided intolerance towards Ahmadiyyas, in spite of having played an integral role towards guiding the country close to its nuclear ambitions.

The Royal Society president also said the Bill sealed India’s identity as a majoritarian state. “An ideal democracy has a tolerance for minorities, for opposing views. That was the beauty of India. Even though it was a very poor country, it was a very tolerant country. It didn’t want to ride roughshod over minorities. It was a country where everybody could feel that they had some stake in it,” he said.

In an interview to The Telegraph, Ramakrishnan aired pretty much the same sentiments towards the Bill. In this interview, however, he spoke on the effect that intolerant governments have on science. He said:

“I think academics want an environment in which everybody is recognised based on their talent without prejudice, any discrimination, because science works best when everyone with the ability is allowed to contribute. Countries that have ideologies on science have ended up destroying their science. You can see that in Nazi Germany. Essentially, German science took 50 years to recover from Hitler.

“You can also see that in the Soviet Union where communist ideology was used to oppose genetics. And Soviet biology fell decades behind because of that.

“So scientists, particularly, are sensitive to the imposition of ideology…”