Unlike Radar and Clouds, PM Narendra Modi Can Leap Over the Walls of Science

"I am not a person who knows everything about science, but I am going to keep talking because I am pretty sure what I am going to say next is going to make sense." 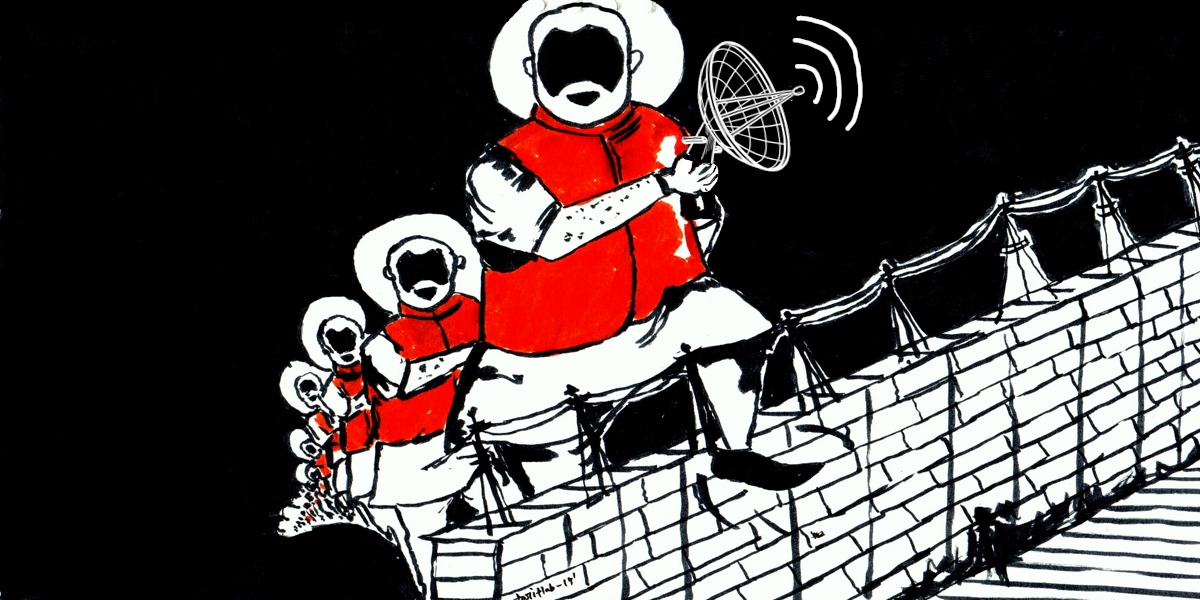 Vasudevan Mukunth
The Sciences
12/May/2019

Prime Minister Narendra Modi spoke the following words according to a now-deleted tweet posted by the Bharatiya Janata Party’s official account on the microblogging platform:

Translated to the English:

I am not a person who knows knows all of science, but I said that there is so much cloud cover and rain, which could be advantageous in escaping from radar.

Gently setting aside the fragile ego of the fact that this is the country’s prime minister, here is what Modi might as well have said.

Further, “I am going to claim to know something even as I am going to claim the humility for having acknowledged that I do not claim to know everything. This is not entirely straightforward because said humility will subtly but surely attest to my knowledgeability. Should I have claimed to have known everything, on the other hand, the implied hubris would have coloured the perception of my knowledge. Id est, I do not know everything but I know something, and that something is likely to be true because I do not know everything. How? Humility. And I rock.”

“I said that clouds and rain could help shield radar with such conviction as to be able to claim – publicly, no less – with no evident self-doubt that I said so. This is because no one else in the room guffawed in response to my suggestion as much as I had been emboldened to suggest it because no one else in the room is likely to have thought it up.”

Indeed, it has become clear that education has little to do with spewing pseudoscience, garlanding lynch-mob leaders and fielding terrorists in the electoral fray, and a lot to do with brooking challenge and dissent. If the patriarch of a middle-class household is going to claim that the cosmic arrangement of a few stars thousands of light-years away is why he was fired that day, the absence of a counter-voice is only going to legitimise his spurious beliefs. And when Prime Minister Modi is this man, and it would seem he is, the simple dissemination of facts is not going to cure our society of this problem.

Anyway, he might as well have continued: “I have said ‘all of science’ for two reasons. First, because I am already well-versed with all of – as synonymous with ‘the entire’ – political science. Second: it is because I recognise it as a body of knowledge fenced-off from non-specialists by its specialised language, by its practitioners, their beliefs and social attitudes, and by the not-easily-accessible institutions in which scientific knowledge is acquired and organised. I will not attempt to scale these walls because they are inherently unscalable but I will assume – by some convolution of inductive reasoning – that I can leap over them.”

“Hear ye,” as he might as well have approached his crescendo, “as I broadcast my belief, as well as ‘science’ is difficult to know and that I – the supreme leader – have conquered some of it, that ‘science’ is a complex maze with tall walls, where knowledge from one side cannot percolate through the barriers into the other. What is on one side must remain there. If they did not, and if knowing something about one thing allowed one to know something about another, then would it not have seemed ridiculous for me to announce that I claim to know how radar works when it would have promptly suggested that I know not two whits about how electromagnetic radiation and water vapour interact?”

“That – oh! – I believe rainbows are unicorn farts, that a prism represents mystical alien technology, that cellphone signals are broadcast by satellites screaming messages towards the ground, and that we spend billions of dollars developing reconnaissance technology that couldn’t do what amateur radio operators did in the 1920s?”