If India classifies genetic editing as gene modification, we will be signalling our unwillingness to participate in the genetic editing race, whose winner will clearly hold the key to development in the 21st century. 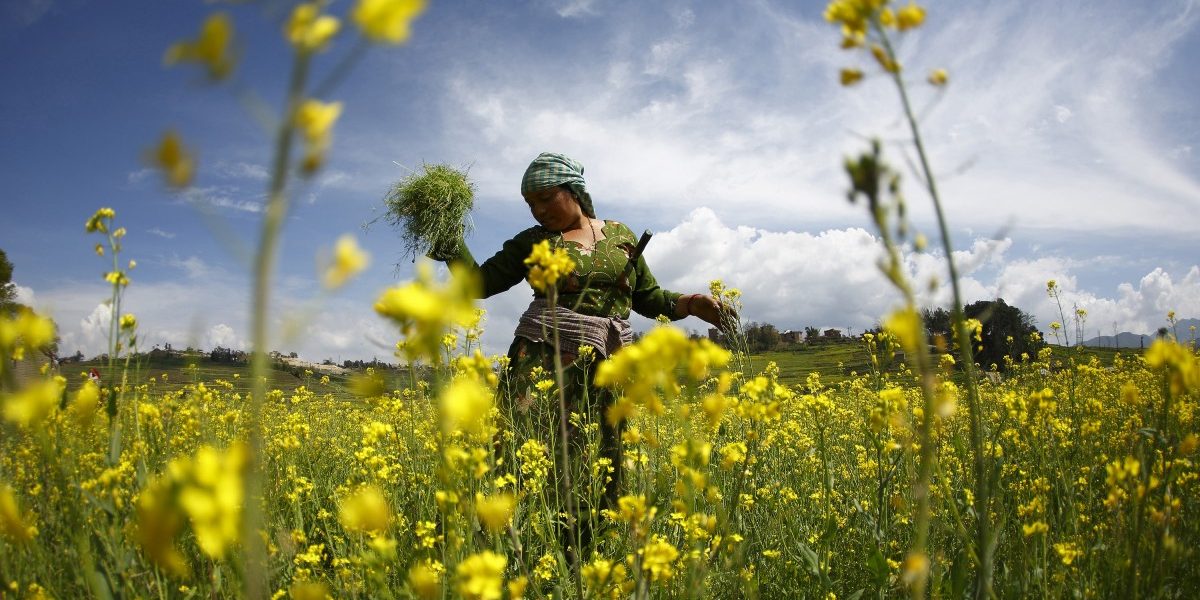 A woman works in a field of mustard plants. Photo: Reuters

The European Court of Justice has ruled that organisms altered using gene editing tools should be subjected to the same rules as genetically modified organisms (GMO). This has led to disappointment among researchers, whose hopes had been buoyed earlier by a court document suggesting that gene editing would be treated differently.

On the other hand, the US Department of Agriculture held that only genetically modified organisms (GMO), and not genetically edited organisms, deserved special regulation.

However, India should create its own framework for regulating genetically edited organisms instead of following either the European or American models.

Climate change, loss of arable land and increasing human population have together strained our existing food resources, so new plant traits are needed to cater to the rising demand. These plants may be resistant to pests, have higher yield or be bio-fortified with vitamins or minerals. Plant breeding, gene-modification and gene-editing are all tools to achieve genetic changes that lead to better plant varieties.

Plant breeding is the traditional method where plants with anticipated traits are crossed and the desirable offspring are selected. This process causes multiple genetic changes throughout the plant’s DNA and is not specific to the trait of interest.

In GMOs, genes derived from other organisms are added to a target organism to confer the trait of interest. For example, Bt cotton contains a gene from the bacterium called Bacillus thuringiensis, which confers resistance to pink bollworms.

Gene editing employs technologies to edit the host organism’s existing genes, making this the most precise way to elicit a genetic change. This is the key difference between a genetically modified organism – GMO – and a genetically edited organism – GEO. A GMO contains a piece of foreign DNA while a GEO have its own DNA altered, with no addition of any foreign genes.

All three processes methods to genetic changes and all three processes can have off-target effects. However traditional plant breeding is a slow process and will be unable to cope with the rate of climate change. Gene modifying/editing technologies are relatively fast, easily replicable and can be used for mass production. Examples of impactful GMOs include Bt cotton, which has made India a global leader in cotton production, golden rice, which is under trial in Philippines and Bangladesh, and Bt brinjal, which has made considerable progress in Bangladesh.

GMOs have, however, not been easily accepted in India. The sole exception has been Bt cotton, cultivated in over 90% of all the land used to grow cotton in the country. But other GM food crops, including GM mustard and Bt brinjal are yet to pass regulatory hurdles in spite of having been developed in India. The case for GMOs is confounded by regulatory ambiguity and strong opposition by anti-GMO NGOs.

There are risks associated with the use of any emerging technology and genetic modification/editing is no different. However, these risks can only be alleviated through transparent governance, not through moratoria. Further scientific risks, such as the development of resistance in bollworms to Bt Cotton, are applicable to crops derived using any technology. Such risks can be anticipated and mitigated through regulation and dialogue between farmers, policymakers and industry. Moratoria, on the other hand, do not help the industry or farmers and may be harmful to the growth of technology.

In the case of Bt brinjal, more than Rs 12,000 crore’s worth of investments in biotechnology research have dried up following the moratorium.

We are now in the midst of a technology revolution, where the combined use of artificial intelligence and gene editing could empower scientists to design plants with desired traits suited for local conditions. Unlike GMOs, it will be difficult to distinguish genetically edited crops from traditionally bred plants. In the face of strict regulation companies, may resort to a shadow economy; gene-edited crops could be passed as traditionally bred and escape all scrutiny.

Alternatively, we risk choking the genetic editing industry that has the potential to solve our food problems. Instead, a discussion on the importance and need for genetically edited crops and a governance framework that balances their promotion and safety of the environment is required. A framework that imposes stricter checks as genetically edited crops near commercialisation will help promote research in this field.

A strong redressal mechanism, transparent disclosure of safety tests and inclusion of farmers and industry representatives in the regulatory structures will increase confidence in genetically edited crops. To ensure that such crops are not limited to the major agricultural companies, it is also important that smaller companies invest in the research. This can be only enabled by well-defined governance that rewards companies that focus on the safety and efficacy of the edited organism.

Genetic editing is an emerging technology and holds strong potential to alleviate problems in many sectors – including agriculture, healthcare and environment. However, it needs to be backed by policy to help realise this potential. A single adverse regulation may have disastrous consequences and will likely spill over to other applications of genetic editing.

If India classifies genetic editing as gene modification – and so doom GEOs to the fate of GMOs – we will be signalling our unwillingness to participate in the genetic editing race, whose winner will clearly hold the key to development in the 21st century.

Shambhavi Naik is a research fellow at the Takshashila Institution. She has a PhD in cancer biology from the University of Leicester.