The Scientist as Rebel in the Indian Cultural Milieu

The dynastic blood relation as a prop for personal advancement is a fundamental theme of our cultural ethos, and it stifles original research and thinking in India. 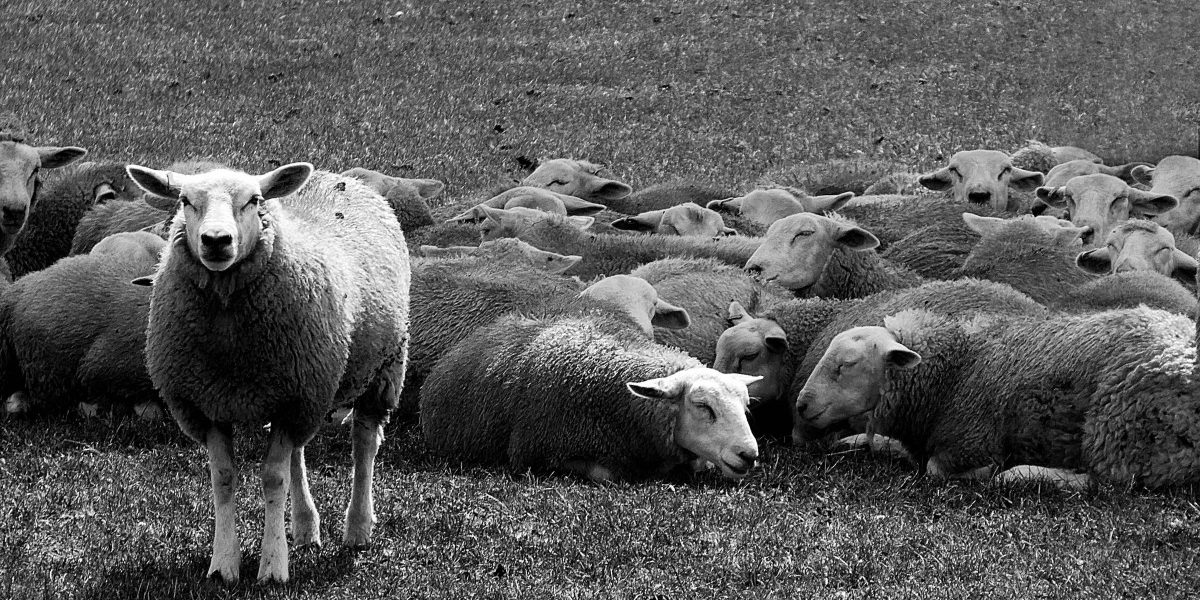 Freeman Dyson has argued that science is an inherently subversive act and a threat to establishment of all kinds. Credit: Nick Fewings/Unsplash

Gagandeep Kang was recently in the news as the first Indian woman fellow elected to the Royal Society. In an interview to The Hindu Sunday Magazine, she was asked a very interesting question on how rigid the hierarchies in our scientific institutions are. She replied:

Absolutely. No question about it. We grew up in a culture where to question is to question authority, and I see that in my PhD students. If I need them to ask questions, it requires two years of group prodding and even then, it will take them a long time.

She added that this attitude prevails in several southeast Asian countries, unlike the fearlessness that pervades American schools and colleges. According to her, the reason for this reticence is the Indian examination system that compels students to learn by rote rather than motivate them to think independently.

It is true that the Indian educational system derived from the British is too obsessed with the examination system and does not encourage inquisitiveness in children. (How the Hindu elites incorporated many 19th century Victorian values into their outlook is another study). The examination system and unimaginative curricula are also to blame. However, the question was about the rigidity and hierarchy in our scientific institutions, and how such an environments evolved to generate only mediocrity, not excellence. I don’t think Kang addressed the essence of the question, the likes of which questions have been raised on many occasions in the past and in India and abroad.

If the science must excel, it needs to promote free spirit at the basic level. This free spirit also is a rebel in some sense, as the physicist Freeman Dyson in his 2006 book, The Scientist as Rebel. Dyson – a contemporary of Richard Feynman, the preeminent scientist-rebel – argues that science is an inherently subversive act, whether it upends a longstanding scientific idea or when it questions the received political wisdom, and that it is a threat to establishment of all kinds. He writes: “Science is an alliance of free spirits in all cultures rebelling against the local tyranny that each culture imposes on its children.”

Such ideas must have played in the minds of major physicists like Albert Einstein, Werner Heisenberg, Feynman and others when they turned the scientific theories of their days upside down. Galileo Galilei and Nicolaus Copernicus also took firm stands against the prevalent wisdom despite their religiosity. As Dyson quotes the biologist J.B.S. Haldane: “Let him beware of him in whom reason has become the greatest and most terrible of the passions.” Haldane was a brilliant British biologist and irreverent scientist. He migrated to India in 1957 and was eternally dissatisfied with the Indian scientific enterprise and its organisational values. He soon began to refer to CSIR (the Council for Scientific and Industrial Research) as the ‘Council for the Suppression of Independent Research’.

In a 2010 editorial in the journal Current Science, P. Balaram, a noted biochemist and former director of the Indian Institute of Science, Bengaluru, explained ‘irreverence’ as a “good humoured disdain for perceived wisdom and disregard for authority”. Can we promote such an irreverence in Indian science by changing personal attitudes and by creating new organisational values?

This is easier said than done. To revere is our wont, be it our senior colleagues or film actors, singers or politicians. This trait will not go away merely simply by changing the way we organise ourselves and our institutions. We are here talking about the essential and fundamental attributes of the Indian cultural baggage that we call the Indian identity. It will be interesting to explore the ecology of our Indian cultural development to understand why everybody is required to conform to group identity.

This cultural part of our identity (which also includes caste equations) determines our attitude towards our superiors and subordinates, obligations in family life, our behaviour at work or in public spaces, status and several other things in life. Sudhir Kakar and Katherine Kakar ably mapped these through an excellent sociological analysis presented in their 2007 book, The Indians: Portrait of a People. This culture is wired into our brains from childhood. The Kakars trace the source of reverence, a reflection of our general obsession with hierarchy and seniority (the word they use for Indians is Homo hierarchicus), to our joint family enterprise and the organisational setup.

This family landscape is authoritarian (though benevolent to the obedient) in its dealings. Children are sensitised to a collective self rather than fostering individuality. We grow with a loss of self and learn to subsume our worth as an individual. To be fair, the joint family system provides some context for some sort of social security for the less fortunate and the elderly. Then again, even that is questionable as we witness a greater number of the elderly, mostly widows, being abandoned on roadsides during large religious festivals like the Maha Kumbh Mela.

Family relationships also help members to, for example, find jobs or even get promoted, etc., with the result that an Indian has internalised her familial and social position in her family and has become highly hierarchical in her social attitudes. Thus, she is culturally tuned to uphold the family’s integrity, caste and/or regional identity rather than her individual strengths and creativity.

The Kakars further argue that these patterns of family life provide the template for the relationships in our university departments, scientific institutions, science academies, political parties, cinema and, of course, bureaucracy. Unlike those in the West, Indians are more likely to revere than admire. So when the prime minister makes  fun of the prime opposition party for being led by dynasts, he is forgetting the irony of the dynastic blood relation as a prop for personal advancement is a fundamental theme of our ‘Bharatheeya’ cultural ethos, through which he actually takes pride.

This authoritarian, familial, social structure tends to kill individual brilliance and excellence. Is this the reason Indian scientists who have gone abroad and out of earshot of the Indian cultural ambience are apparently doing much better than the researchers home? Venkatraman “Venki” Ramakrishnan, who won a part of the 2009 Nobel Prize for chemistry, makes a convincing case of how life-long irreverence can create the necessary conditions that support new ideas and discoveries.

Also read: Interview: Venki Ramakrishnan and the Race to Decode the Mother of All Molecules

Interestingly, in a 2004 commentary in Nature, a Chinese neurobiologist named Mu-ming Poo  accused cultural factors such as conformity and respect for authority as impediments to excellence. Some parallels in Chinese society, still dominated by the Confucian tradition of respecting customs and hierarchy, to its Indian counterpart were striking. It seems that such traditional societies automatically generate conditions that are amenable for authoritarian rule and political conformity. It is their respective cultural baggage that keeps India and China from breaking the mediocrity barrier despite some strong fundamentals compared to other developing countries. And creativity in science can be fostered only in a free and unfettered intellectual ambience.

In similar vein, R.A. Mashelkar, a prominent Indian scientist and former director-general of the CSIR, wrote a guest editorial in Science in 2010 discussing the issue of why India is unable to break the mediocrity barrier. He also concludes that tradition-bound countries like India need to free themselves from the cultural chains of the past to foster original research and thinking. Mashelkar agrees with Dyson in seeing iconoclasm in C.V. Raman, S.N. Bose and Meghnad Saha, great Indian physicists for whom science was an epic pursuit for fundamental truths as much as it was a rebellion against British domination and the fatalistic ethos of Hinduism.

The big question is how to foster irreverence in Indian scientific communities. Changes in the educational system will be necessary but not sufficient. This will happen only as part of social change because of greater urbanisation, the growth of nuclear families and, most importantly, women’s empowerment through education. Cultural shifts will take time – perhaps a whole generation – provided we are able to maintain a healthy and vibrant democracy embodied in the Constitution, that amazing, futuristic Indian document.