The Little Known Maharani of Mysore Who Seeded the IISc

While historical accounts have plenty to say about her husband, little is known about her life in comparison.

The Indian Institute of Science (IISc) was set up in Bangalore because of the generous grant of land and money by the Maharani of Mysore, Kempananjammani Vani Vilasa Sannidhana, who headed the princely state of Mysore as regent for nearly eight years while her son was a minor.

Who was Kempananjammani, and what role did she play in the Mysore state?

G.R. Josyer’s History of Mysore and the Yadava Dynasty, published in 1950, tells the story of how she came to be married. In 1876, the young maharaja Chamarajendra, who was 14, travelled with his entourage to Delhi to attend the Diamond Jubilee of Queen Victoria. On the way back, a bride was sought from the royal house of Rewa (a princely state at the time, and now a region in Madhya Pradesh).

“The Dowager Queen [of Rewa] was not in favour of an alliance from a strange family,” Josyer writes, and so Chamarajendra’s entourage looked for a bride closer home. They chose an educated girl from the Maddur branch of an aristocratic family from Kalale (both places are in Mysore district today), and in May 1878, 15-year-old Chamarajendra was married to 12-year-old Kempananjammani, who was given the title of Maharani Vani Vilasa Sannidhana.

Although Chamarajendra held the title of Maharaja, which he inherited on his father’s death, the Wadiyar dynasty had not ruled Mysore for a long time. The British controlled the Princely State of Mysore – what was left of the Mysore kingdom after it was annexed by the British and portions handed over to the Madras Presidency and the Nizam of Hyderabad. On March 26, 1881, Chamarajendra was installed as ruler of the Princely State of Mysore, with several restrictions. British evacuation was only partial, with the right of supervision. The maharaja and his descendants had to remain in faithful alliance and subordination to the British Crown, and pay an annual sum of Rs 35 lakh for “protection”.

Despite taking charge under such challenging circumstances, Chamarajendra proved himself a popular and able ruler. A devastating famine in 1876 had had long-lasting consequences, but by 1891, the state had recovered from it. The number of government and aided schools more than doubled under his rule, and the first schools for girls were set up. Investing in new roads, railways, irrigation works and new industries had boosted the economy. Land revenue rose, and the area under cultivation expanded. Excise revenue nearly quadrupled, and revenue from forests, stamps and registration nearly doubled.

And then, on December 28, 1894, Chamarajendra died unexpectedly at the age of 31. Josyer writes, “He had gone on a cold weather tour to Calcutta, then the Capital of the Indian Empire. On his arrival at Calcutta a slight throat affection which he had been feeling during the journey developed into diphtheria and was beyond medical aid, and he passed away.

His family, Maharani Vani Vilasa Sannidhana, and two sons and three daughters, as well as the dewan Sir K. Seshadri Iyer who had accompanied him on the journey, were heartbroken, and cremating his mortal remains in Kalighat, returned to Mysore, widowed, orphaned, and bereft.”

Vikram Sampath, in his book Splendours of Royal Mysore: the Untold Story of the Wodeyars, narrates this incident with far more drama:

“Darbar Bakshi Narasimha Iyengar informed Kempananjammani of her husband’s death. Grief-stricken and hysterical, she rushed to the room where the cold, lifeless body lay. The baffled dewan rushed to the spot and tried consoling her. She cried and lamented loudly, cursing her fate and the will of Destiny, finally falling unconscious. The dewan informed Foreign Secretary Cunningham, who in turn informed the viceroy about the tragedy. Mysoreans could hardly believe the news when it began trickling in. The young and dashing ruler was no more!”

Chamarajendra was described as being cultured and having “refined” taste in art and music. He also travelled extensively and made connections with several important people across India. Perhaps his exposure to the world and to varied ideas had also meant a similar exposure for Kempananjammani, although she fades out of most historical accounts during the period of her marriage (except as the mother of five children: Jayalakshmammanni, Krishnajammanni, Krishnaraja, Kanteerava Narasimharaja and Cheluvajammani), only to resurface at Chamarajendra’s death, when she was tasked with a new and important role.

On the maharaja’s unexpected death in 1894, the maharani was appointed regent until her son was old enough to rule.

Two days after Chamarajendra’s death, on December 30, 1894, the Government of India announced to the people of Mysore that they would sanction the succession of Krishnaraja Wadiyar, Chamarajendra and Kempananjammani’s eldest son, who was only 10 years old at the time. And so until he was old enough to rule, the Maharani would serve as Regent (at the time, Kempananjammanni herself was around 26 years old) and the State would continue to run as it had under the dewan, K. Seshadri Iyer.

The dewan would have to “ask for, and follow the advice of the Resident on all matters of importance,” and “so far as it is practicable and desirable, consult the wishes of Her Highness the Maharani Vani Vilasa Sannidhana.”

Many accounts of the maharani describe her role as being that of ‘holding the fort’ until her son came of age, as if she merely served as caretaker in the interim. Mysore did have an efficient administrative apparatus that carried on, in Josyer’s words, “without a hitch” after the maharaja’s death. But she appears to have played a more active role than she is given credit for.

Once she was made regent, she appointed a council of three members to assist the dewan. Under her reign, an outbreak of plague was brought under control, new extensions were added in Bangalore to house the growing population and Bangalore’s Victoria Hospital was built. A Cauvery power scheme, water schemes for Mysore and Bangalore and the Marikanive irrigation project were among several other public works launched during her reign. 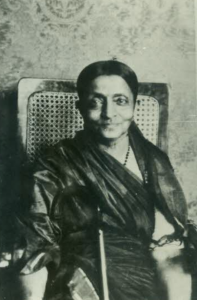 Education also received a boost: the first hostel was opened for students “coming for education from the moffussil” [sic], foreign travel for “post-graduate men” was sponsored and a Damodar Das Scholarship scheme was instituted. Many more girls were enrolled in primary school in this period.

From the rendition of 1881 to the end of the regency in 1902, spending on education had increased four-fold, spending on public works had more than doubled, spending on healthcare had tripled, and state income and expenditure had almost doubled, according to Josyer. The maharani also commissioned an architect, Henry Irwin, to rebuild the Amba Vilas palace after it burned down during the wedding of her eldest daughter, Jayalakshmammanni, to the Maharani’s brother, M. Kantaraj Urs (an administrator who would serve as her private secretary and later as dewan from 1918 to 1922). The palace, completed in 1912, remains the most visible symbol of the erstwhile royal family and a draw for hundreds – often thousands – of tourists every day.

When dewan Seshadri Iyer died in 1901, the maharani did not hesitate to give him credit for the achievements of the Mysore state, saying, “The many reforms which have brought the Mysore administration up to a high level of efficiency are attributable in great part to his talents, fore-thought and resourcefulness.”

Several accounts show this praise was well-deserved, but the dewan cannot be given sole credit, as Josyer writes: “No doubt the Dewan was a masterful personality, but whatever he wished to execute had to have the approval of the Councillors – who were certainly not very pliant, the Maharani Regent, the Resident who had to be consulted in all matters, and also the Representative Assembly consisting of some 300 uncurbable voices.”

The maharani was herself popular, and Josyer quotes an “onlooker” on an occasion as saying, “[T]he people all over the State were loud in her praise. If she found the State prosperous and its people contented when her consort died, she left the State still more contented when she laid down the reins of her Regency on the accession of her son to the throne.”

He also quotes “a European observer” gushing in her praise, comparing her to Queen Victoria, saying, “In my opinion there is no nobler lady in India than her Highness of Mysore, and her name will go down to posterity coupled with those of the best and greatest women India has known!” She is often remembered as a maternal figure – mother to her children, and mother to the people of Mysore. The Viceroy of India Lord Curzon paid tribute to her at the end of the regency saying that she had set an example of “public and domestic virtue”.

T.R.A. Thumboo Chetty, a judge and one of the council members she appointed to assist the Dewan, reveals that she was intelligent, informed and an involved ruler:

“In my repeated official visits I was really struck with her Highness the Maharani’s capacity for business, fair knowledge of things, and amiable character. She listened to everything with exemplary patience. Her mind was bold and acute, and whatever be the subject of discussion, she came directly to the point and brought it to a happy completion. Sometimes her enlightened suggestions and direction most agreeably surprised me and afforded ready solution of many difficulties. Her anxiety to promote the highest and best interests of the country was always perceptible. I invariably retired from the interviews I had with a strong sentiment of devotion, as well as admiration and respect, for Her Highness’ high character and intellectual qualities.”

On August 8, 1902, the regency ended when the young maharaja Krishnaraja was given ruling powers. Historical accounts of Kempananjammani tend to fade at this point, even though she appears to have had a continued influence on Mysore; her son would consult her on official affairs. She also made the occasional public appearance. In 1917, she opened the Maharani’s College for Women in Mysore, which taught women arts as well as science subjects.

Kempananjammani died on July 7, 1934, leaving behind a rich legacy. The Vani Vilas Women and Children’s Hospital was opened next to Victoria Hospital in 1935, and several public works and projects in subsequent years bearing the name Vani Vilas stand in her memory.

This article was first published on IISc Connect. Read the original here.