The Little Known Calcutta Scientist Whose Shoulders Hawking Stood On

Amal Kumar Raychaudhuri described the dynamics of light’s motion through the curved parts of spacetime. It was “perhaps the single most important input” for one of Hawking’s major findings. 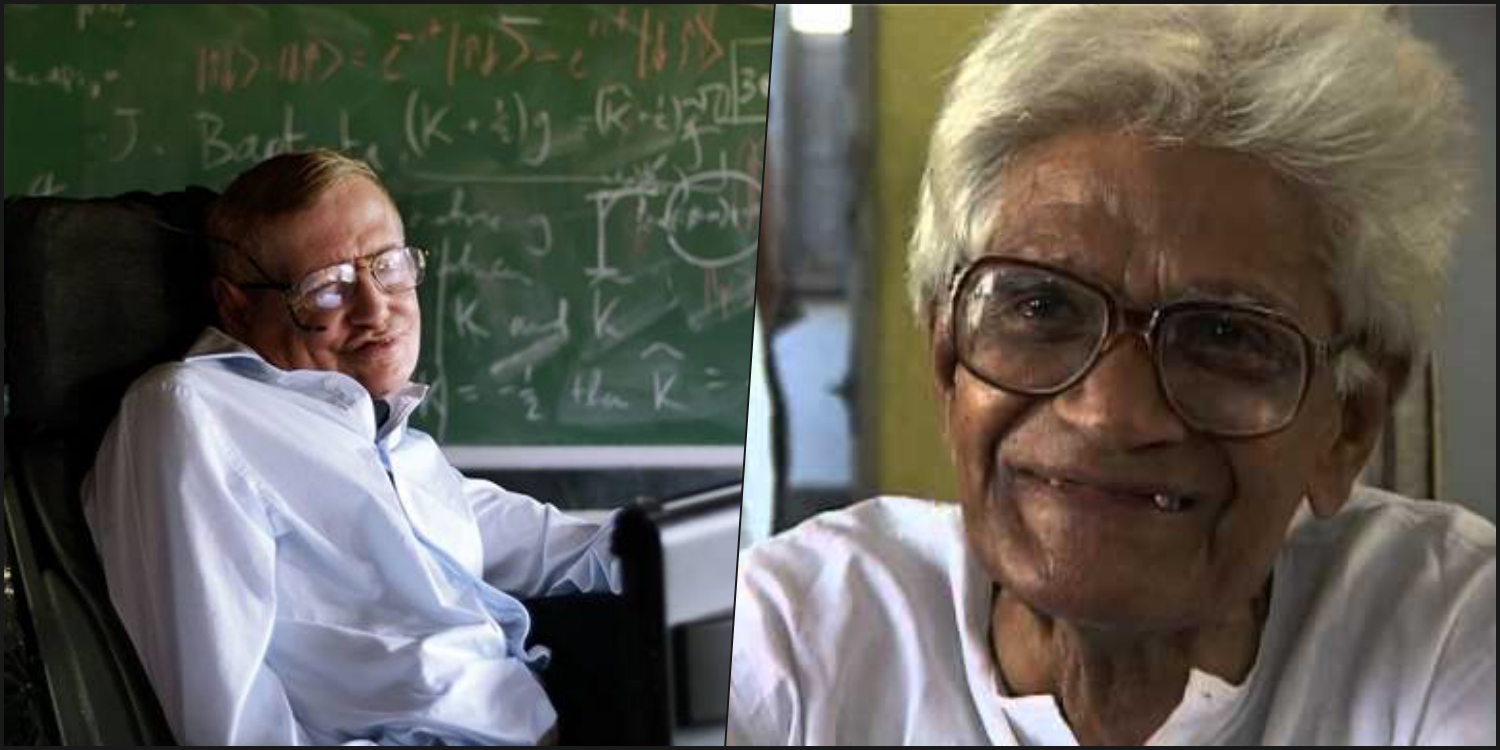 One of Stephen Hawking’s more celebrated contributions to physics had to do with the dynamics of blackholes’ ‘surfaces’. His passing on March 14 was mourned by scientists and non-scientists alike, and people around the world remembered his research as much as they remembered Hawking himself. But what many don’t know is the influence the work of a Calcutta-born scientist had on Hawking’s own.

When a certain kind of star implodes under its own weight, all its mass falls inward to the star’s centre and forms a core of ‘dead’ matter called a supernova remnant. If the remnant is more than two to four times as heavy as our Sun, then the remnant itself collapses inwards, its entire mass forced into a vanishingly small point of spacetime called a singularity. (Note: there are other ways in which blackholes form.)

In this context, there is a link between the theoretical investigations of Hawking and the late Amal Kumar Raychaudhuri from Calcutta (now Kolkata). Raychaudhuri was a brilliant but less-well-known physicist. While his work recast the landscape of general relativity, he spent a chunk of his life being forced to do mundane lab work – something he admitted in a 2005 documentary. In fact, it is a miracle that he managed to do meaningful theoretical work despite compulsions from university authorities. (This is akin to the reprimand Vainu Bappu received from Indian diplomats after he co-discovered the Bappu-Bok-Newkirk comet in 1949.)

Hawking’s doctoral thesis begins with his work on the Hoyle-Narlikar theory of gravitation, which was quite popular in those days as an alternative to Einstein’s framework. In the second and last chapters, Hawking makes use of some of Raychaudhuri’s findings in 1955 while arriving at results on the existence of singularities in general relativity. Published research papers based on his thesis and later work quote Raychaudhuri’s contribution extensively.

In fact, the first mention of the term ‘Raychaudhuri equation’ appears in a 1965 paper by Hawking and George F.R. Ellis. More notably, in 1970, Hawking and Roger Penrose also refer to a “Raychaudhuri effect”, according to Sayan Kar, a theoretical physicist at IIT Kharagpur and the president of the Indian Association for General Relativity and Gravitation.

Raychaudhuri’s most important finding “embodies the physical intuition that the gravitational force is always attractive,” Ghanashyam Date, a physicist at the Institute of Mathematical Sciences, Chennai, said.

In the 1950s, Raychaudhuri was studying how a bundle of light rays might move through the curved parts of spacetime. Would the curvature force the bundle to contract in size or to shear?

“Raychaudhuri described this dynamics through an equation that was perhaps the single most important input for Hawking’s area theorem, and the Hawking-Penrose singularity theorems,” said Suvrat Raju, a physicist at the International Centre for Theoretical Sciences, Bengaluru. The ‘area theorem’ describes a connection between a blackhole’s entropy and its surface area; the singularity theorems describe the conditions in which gravitational singularities are produced in the cosmos.

“The Raychaudhuri equation continues to be a key tool to investigate the behavior of blackhole horizons” in modern physics.

Further, the equation has its roots in simple geometry and not in Einstein’s theory of relativity. This means that Raychaudhuri’s insights will endure even should Einstein’s theory become replaced with a different or more advanced paradigm – an idea that Kar thinks is “remarkable”.

In other words, Raychaudhuri’s work was as fundamental as it could have got. Yet we remember Hawking – and C.V. Raman, Meghnad Saha, S.N. Bose and Subrahmanyan Chandrasekhar, etc. – more than we do him. It is true that Hawking admired Raychaudhuri’s contributions to physics, but we should not have to appreciate a homegrown star through the admiration of others. It is about time the government created an institution in his honour so students in India can specialise in relativity and carry on his great legacy.

Aswin Sekhar is an Indian astrophysicist working at the University of Oslo, Norway.