The 'Crazy' Quest for the Ghosts of Universes Past and Present

Did other universes exist before ours? And if they did, is there a way to prove it? 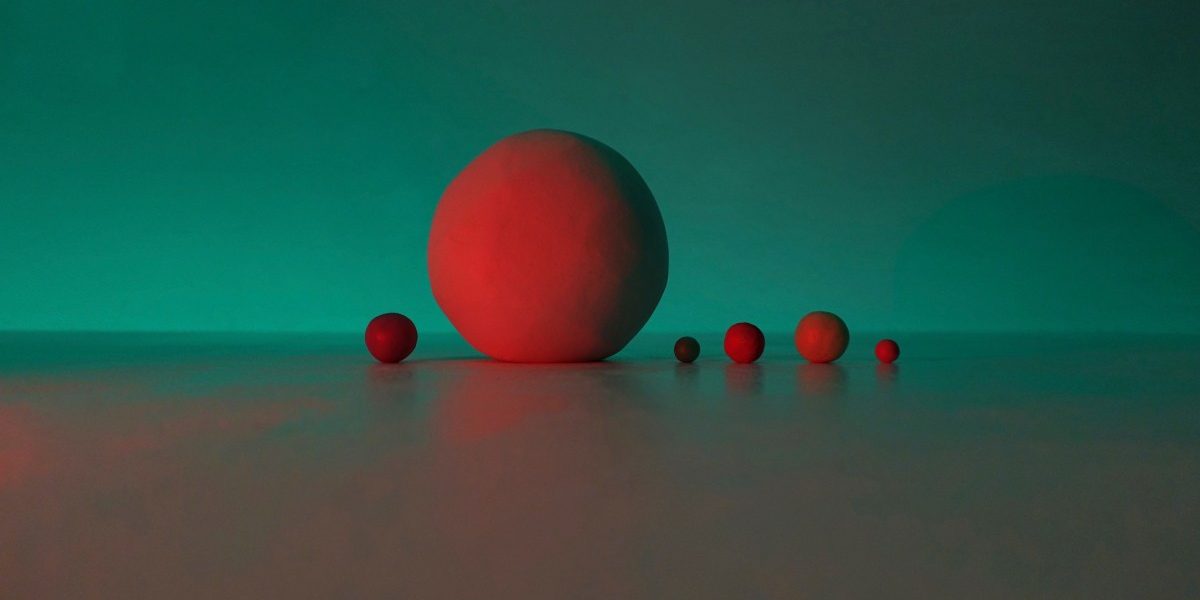 Last month, numerous publications ran a rather intriguing story with catchy headlines. New Scientist’s was entitled ‘A glimpse of a previous universe’. For those not clued into happenings in cosmology, this headline could easily be misleading. However, a quick glance at any of these pieces throws up a famous name: that of Roger Penrose. And if a science story reports work coming from the stable of Penrose, it becomes compelling to take it seriously.

Penrose has long championed a particular flavour of cosmological models to describe the universe’s evolution, called cyclic conformal cosmology (CCC). This model slaves the universe to a continuous cycle of birth and death: an event like the Big Bang creates it, followed by the formation of galactic structures, then – after a really long time – death becomes inevitable and structures cease to exist. The universe in this smooth state ‘somehow’ matches with the uniform and compact conditions required for the birth of a new universe. This is then jumpstarted by another big bang.

Penrose envisions our current universe as simply occupying one aeon in many, that it was preceded by a previous universe and that it will eventually give way to another just like the one we currently inhabit. It’s an audacious idea not far from the kinds we are often exposed to in hard science fiction. The only way validate it would be to check if any of the previous universes have left behind a detectable experimental signature.

Our own universe’s Big Bang could be better elucidated when scientists discovered a signature of its birth: the cosmic microwave background (CMB) radiation. It was an almost accidental but certainly momentous discovery. The CMB is the left over radiation from the Big Bang, is spread throughout the universe, and contains important information about the universe’s state shortly after its birth.

In 2010, Penrose, a mathematician and theoretical physicist, and V.J. Gurzadyan, one of his peers, conjectured that the CMB could contain impressions left there by gravitational waves emitted by colliding black holes from a previous aeon. In a preprint paper, they reported that these impacts could manifest as concentric circular patterns in the CMB. The claim lead to a flurry of activity and criticisms to boot. It was promptly demonstrated that the statistical significance of the result wasn’t very good and that the patterns that were found in the CMB could be predicted by existing cosmology models.

More recently, Penrose and two other physicists revisited the CMB looking for more patterns. This time again, they have proposed that black holes are to blame. And this time again, their radical proposal has received much attention. In a recent preprint paper (dedicated to the memory of Penrose’s friend and frequent collaborator Stephen Hawking), the trio presented new evidence of regions in the CMB that they claim are signs of black holes from a previous universe.

Black holes, though named as such, aren’t truly ‘black’. Hawking’s biggest scientific contribution was the prediction that black holes continuously leak radiation. Thus, these objects are slowly but surely losing energy and, over time, will ‘evaporate’ into nothingness. According to Penrose, when a universe approaches its own end and the beginning of another, it can squish this leaked radiation into a stain onto the CMB. This spot would then appear as a relatively high temperature spot in the CMB of the new universe. And this so-called Hawking spot would become a circular patch as the universe expands.

The team found 20 potential Hawking spots by analysing CMB data from the Planck telescope in space. They have also claimed that the CMB region around these warmer Hawking spots is cooler, significantly more so than what the temperature variation due to typical fluctuations would cause. Interestingly, when such spots were analysed in computer-generated CMB maps, the temperature fall was not as drastic as suggested in the real cosmos data. In other words, the detection of the Hawking spots carried a higher statistical significance than the last time. In fact, the researchers have staked that there is a less-than-0.1% chance that these Hawking spots were randomly generated illusions.

Is this finally evidence of a pre-big-bang universe?

Penrose remains assertive as ever, having said, “Of course, the theory is ‘crazy’, but I strongly believe (in view of observational facts that seem to be coming to light) that we have to take it seriously.” In their paper, the researchers call into question existing models and write, “It seems to us that anomalous points provide an important new input to cosmology, irrespective of the validity of CCC. It is hard to see, however, that they find a natural explanation in the currently conventional inflationary picture.”

Experimental cosmology has been at an impasse for some years now and no smoking gun has yet been detected to prove theories like cosmic inflation, which seeks to explain the large-scale distribution of matter in the universe. As a result, observational evidence for any cosmological model always creates a buzz in the scientific community.

Douglas Scott, a cosmologist at the University of British Columbia, concurs, telling Physics World, “Obviously, if someone could show that some specific pattern on the microwave sky was a proof that the universe underwent a series of cycles, then that would be spectacularly exciting.” The public has also always been fascinated with stories about the origin and fate of the Universe, reflected in the extensive coverage the preprint paper has received in the media. But is the paper conclusive proof of our universe being in a eternal cosmic cycle? According to Scott, “this paper falls very short of doing that”.

There has been more criticism, other than those attached to CCC, levelled at this specific work. For example, if the CCC theory is true, there should be millions of Hawking points scattered across the sea of CMB radiation in the universe. While the data Penrose et al addressed covered only a third of this ‘sea’, 20 Hawking spots is still a suspiciously small number, and even if some points might be too weak to be detected.

Further, analysing CMB data can be tricky because of the large number of patterns that can be detected within it. In the context of the earlier study that also invoked CMB data, Sean Carroll, a theoretical physicist at Caltech, wrote on his blog that “analysing the CMB is hard! It’s a very messy universe out there, and if you don’t take every single source of error correctly into account, you can convince yourself of all sorts of things.”

So for the time being, the jury is still out if the trio of researchers has indeed uncovered proof of a previous universe. The preprint paper is presumably undergoing peer-review and will be thoroughly scrutinised; the story of our universe is serious business! Whenever the question of space and time before the Big Bang arises, scientists become queasy, and with good reason.

Meanwhile, at age 87, Penrose is still at it with his dedicated defence of CCC. The universe may have originated from a Big Bang or a Big Bounce, and might end in a Big Freeze or a Big Crunch. Or it may not end at all. We still don’t know what the primary constituents of the universe – dark matter or dark energy – really are. Maybe there once was a universe just like ours, or maybe ours has been the only one since time first started. There is much to learn about the universe, and even more to fathom.