As AYUSH Minister Gets COVID-19, It’s Time to Get Serious About Ayurveda

The Ministry of AYUSH has essayed its part in the 'nationalist' project, which means presenting at least Ayurveda as an  'alternative' to modern allopathy. 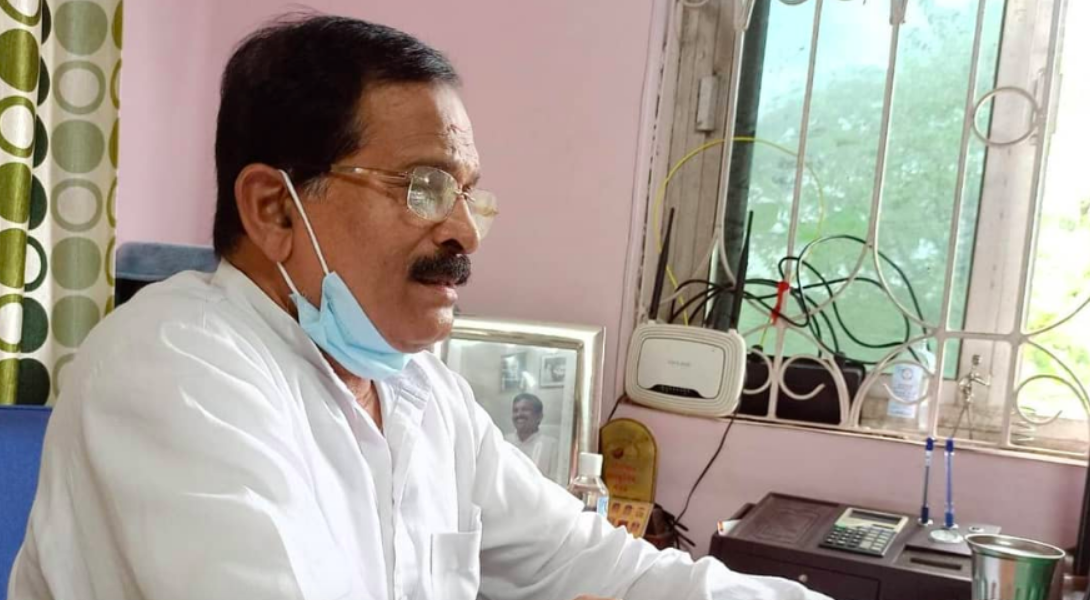 Naik is in charge of a ministry that, among other things, both tests and promotes ‘alternative’ medical traditions. There is a conflict of interest in the same government entity being in charge of testing and promoting remedies, but at this moment, over a year into Narendra Modi’s second term as prime minister, this is probably the smallest charge that can be laid at the ministry’s doorstep.

Its principal failing by far has been its aggressive drive to commoditise, and consequently plunder, these medical traditions – to rip them out of context and subject them to the same indignities we visit on the Vedas when we claim these ancient philosophical texts predicted the discovery of the Higgs boson or contain clues about building spacecraft.

AYUSH stands for ‘Ayurveda, Yoga & Naturopathy, Unani, Siddha and Homoeopathy’ and was promoted from a department to a full-fledged ministry shortly after Narendra Modi assumed power in 2014. Of these, Ayurveda and yoga are more frequently in the news, presumably for their innate ‘Hinduness’ as well as due to the antics of Baba Ramdev and his FMCG company Patanjali Ayurved.

The ministry’s most pronounced damaging impulses have been on display whenever it has offered up cow urine as a cure for disease X, and – more recently – when it pushed a homeopathic drug to beat COVID-19 and claimed an Ayurveda practitioner cured Prince Charles when he tested positive for the SARS-CoV-2 virus. And though the ministry recently – and rightly – pulled up Baba Ramdev’s company for peddling a drug as a cure for COVID-19 without permission, after the media raised a stink about this, the drug itself shared many ingredients with a supposedly Ayurvedic formulation that the ministry has claimed sans proof could treat malaria.

As such, the Ministry of AYUSH has essayed its part in the ‘nationalist’ project, which means presenting at least Ayurveda as an  ‘alternative’ to modern allopathy. While Ayurveda is part of India’s history, of all the lenses through which we could showcase that history, we have reached for a combination of self-pity and consumerism, debasing Ayurveda itself as a result.

Those who study Ayurveda based on historical texts, anthropological studies and medical research say that it is of complementary, not alternative, epistemological value. As for the efficacy of any purported remedies – the only extant way to validate them is via the same methods reserved for allopathic drugs, but most manufacturers shy away from that.

Also read: Face It – The Indian Government Is Peddling Pseudoscience

Seen in context, as a distinct historical, cultural and social object, Ayurveda is its own thing. So the question of whether it is fit to treat people for something that allopathy can treat more efficaciously should be isolated from the Ayurveda trapped in the poisonous embrace of Hindutva and the Ayurveda being shredded by the scientism of rationalists. But now that Minister Naik has contracted the novel coronavirus, only these two Ayurvedas will be on the minds of most people.

Naik has reportedly said he is asymptomatic and will be quarantined at home. But whenever he receives any medical attention, it is likely to be of the allopathic variety. This is in keeping with his colleagues at the Bharatiya Janata Party (BJP), who have condoned pseudoscience by supporting the ministry while retaining the privilege to access and afford well-tested medical science when they fall sick.

A bizarre advisory Naik’s ministry issued on January 29 claimed homeopathy could prevent COVID-19 infections (even though at the time the disease hadn’t been named yet) and that Unani could help manage symptoms. The ministry issued a revised advisory on February 4, claiming the first one had simply indicated “general precautionary measures to be followed in the context of such viral diseases.”

“These measures,” it continued, “are advised based on the principles of approach in respective medical system [sic] to such viral diseases where respiratory involvement is evident. These advisories neither claimed effective treatment for coronavirus nor suggested any specific drug to combat coronavirus.”

As I wrote then, the follow-up advisory was self-contradictory and didn’t assuage concerns raised by the first. And as The Wire Science reported on May 16, “The AYUSH ministry claimed its March 6 advisory on symptomatic relief from COVID-19 was based on classical [Ayurvedic] texts and the scientific literature. But the references weren’t indexed, so there was no way to tell which bit of advice came from the classics and which from scientific evidence. This type of muddled communication has become typical of the ministry.”

The ministry has since gone on to make other dubious claims about managing novel coronavirus infections, and has frequently banked on its band of ‘alternatives’ to advance unproven dietary and/or therapeutic regimens to ‘boost immunity’. But now, party hardliners will insist Naik needed to be treated by allopathic doctors because the rest of us misinterpreted the ministry’s agenda all along, that its suggestions have always been long-term and holistic, not short-term and specific. On the other hand, habitual contrarians will demand that the Ayurvedic baby be thrown out with the filthy bathwater that is the Ministry of AYUSH.

And in this mad tussle, with two sides only shouting at each other, Ayurveda’s reputation for being “not even wrong” for its alleged refusal to be grounded in scientific reason will only harden. No minds will be changed.

More worryingly, someone poorly informed and confused, and desperate to save an aged relative dying of COVID-19, will reach for substances the ministry promoted and assume the family will be okay. Naik will eventually recover and return to his duties at the ministry’s helm. A few years later, when our memories have faded to a suitable extent, we’ll be told that Naik really healed because of Ayurveda.

But the fact remains: the Ministry of AYUSH has done everything except actually study Ayurveda. In turn, we know more about why we need to reject homeopathy or scrutinise the claimed neurological benefits of yoga than we know about what Ayurveda really is and why it deserves to be studied and preserved in its own right.