Why I Science When Others Protest

It's tempting to imagine a day when a politician is expected to explain to Parliament why some policy failed to produce the predicted outcomes. There is no way to get to this day without helping our scientists. 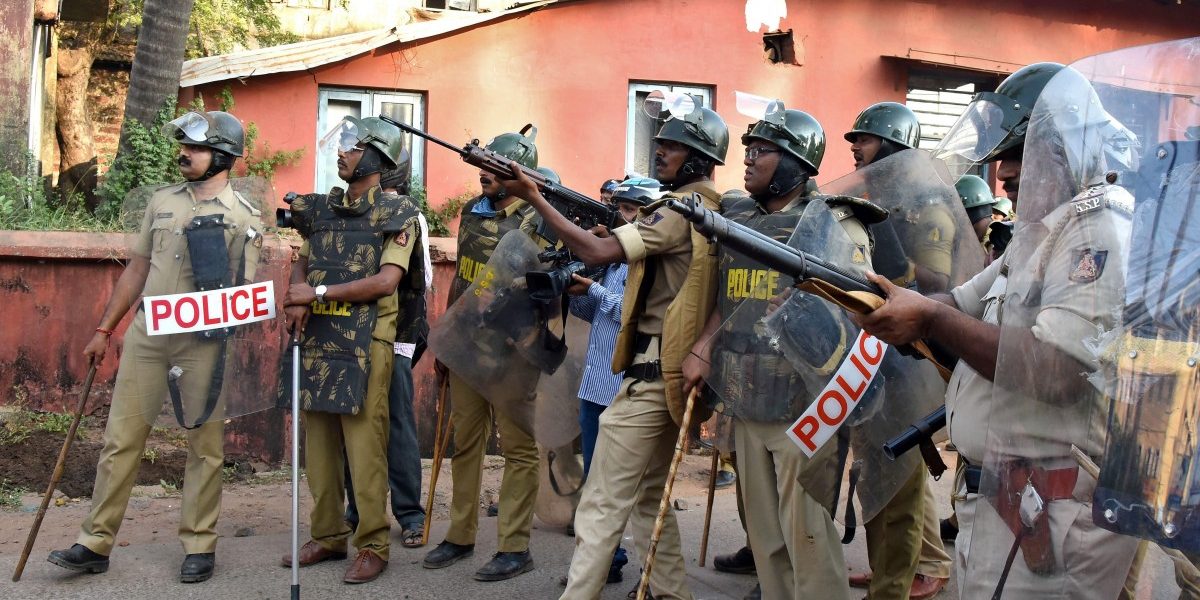 India’s political landscape is currently marred by widespread protests against laws the government recently passed, regarding citizenship and immigration. Internet shutdowns and the arbitrary application of Section 144 (which prohibits the assembly of more than four people in an area) have become the government’s go-to-strategies whenever it has anticipated dissent on these fronts, casually snuffing civil freedoms at will.

Against this volatile socio-political background, what must scientists do? To some of us, this seems like a time when engaging in research seems unfulfilling, if not entirely pointless. Is quitting science to become an activist the way to go?

Many people would argue that every individual, irrespective of their profession, should do what they can to protect the rights of their fellow citizens to express dissent, that everything else can wait. But it is at this time that scientists need to remember we play two major roles in society: researchers that advance and improve our understanding of the world, and educators that help create graduates who are proficient in their craft as well as are better citizens.

Science has little to do with the ability to remember (formulae, constants, theorems or diagrams) but sadly such expectations form the bulk of school-level science education. Research is all about curiosity founded on a fascination with the natural universe. If you’re curious about something, compelled to understand it down to its first principles and undertake systematic investigations, you’re a scientist. You don’t need a PhD to undertake research.

Also read: Science Outreach Is Great but Scientists Must Consider Who They’re Reaching

Your responsibilities as a professional scientist aren’t going to be very different, although you will have to deal with more sophisticated complications. Pick a problem, devise a solution you think might work, try different ways to solve the problem (often as a team), and finally convince a body of your peers that your solution actually works. There’s no shortage of problems to work on: air pollution, water shortage and climate change come swiftly to mind.

Some scientists, especially a majority of those whose careers peaked in the 1980s and 1990s, might contend that to solve these problems, we need the people working on them to be completely isolated from extra-scientific matters, including civilian engagement, and maintain single-minded focus.

At the end of the second decade of the 21st century, it’s safe to say that the expectations of scientists have changed somewhat. There is a greater acknowledgment that scientists are embedded in and work as part of a society, have an immutable stake in its overall wellbeing and, as a result, are expected to not wall themselves off. This is not unexpected. Democracy and research are intricately linked. The citizen’s ability to meaningfully question the government’s decisions influences the success of official policies, and scientists are citizens better equipped to ask some questions.

However, to hold the government accountable, citizens need to ask the right questions of their elected representatives; think critically about the government’s response, if one is provided; conclude whether the people’s representatives are holding up their end of the bargain based on the facts. The development of this will and ability to question, analyse arguments and assimilate information from multiple sources is what scientists need to inculcate in their – our – students, and right away.

Also read: The March for Science: Did the Government Even Blink?

There is currently a shortfall of such consultative and evidence-based policymaking when in fact there should be more. Some administrative factions might contend that centralising power and decision-making authority allows the government to act quickly, but consultations are a must when – for example – we’re faced with a problem with as many technical aspects as socio-political nuances like the climate emergency.

Public policy design in India could also learn from science’s (idealised) attitudes towards negative results – as in the saying “negative results are also results” – and feedback loops. A large swath of policymaking is not data-driven at the moment, instead being guided by ideological or electoral ambitions. The state governments and the Centre are also reluctant to track performance indicators to allow for dynamic alterations, often leaving stakeholders with no way to tell if a policy has actually been effective before its time is up or in fact much later.

Scientific research is best done as part of a community, with different subsets of people coming together to solve different problems. Many fields of study in India still don’t have such communities, although the situation has been improving of late. One of our responsibilities as researchers is to help create these groups, comprising students, scientists and other interested stakeholders (such as government officials, industry leaders, etc.). This is a challenging yet fulfilling task that has long-term value and is necessary in the current social context.

It’s tempting to imagine a day when a politician or policymaker is expected to explain to Parliament why this or that policy failed to produce the predicted outcomes, and their audience of lawmakers don’t engage in a blame-game as much as provides constructive criticism. And there is no way to get to this day without helping scientists today to learn more, teach more, and generally listening to them more.

Finally, reimagining scientists’ responsibilities both during and beyond periods of social and political upheaval along these lines must also be accompanied by a commitment to professionalism. Although we have a stake in the overall wellbeing of the community, we get paid to be researchers and educators, and have to make sure we fulfil our commitment to the profession – and not just to our students – before we can fulfil our commitment to society as well.

Manu Awasthi is an associate professor of computer science, Ashoka University, Sonepat. The views expressed here are the author’s own.