Helium hydride is thought to be the first molecule ever to have formed in the early universe, at a time colloquially called the 'dawn of chemistry'. 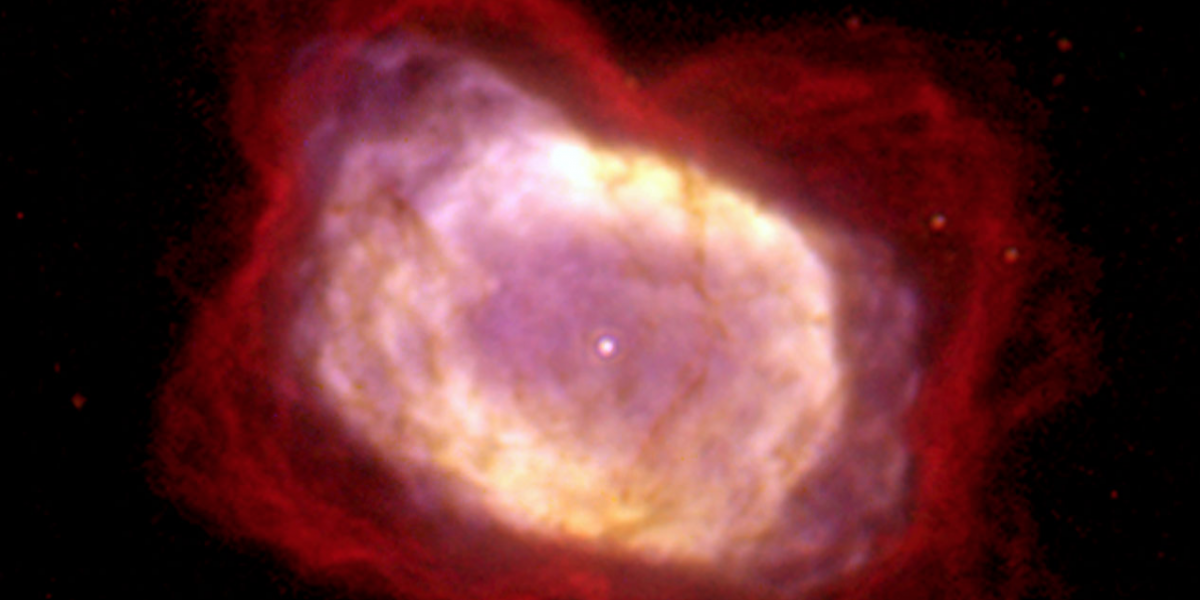 A Hubble Telescope image of NGC 7027, the planetary nebula where the first helium hydride molecule in space was discovered. Credit: William B. Latter (SIRTF Science Center/Caltech) and NASA/ESA

Scientists have spotted the helium hydride molecule (HeH+) for the first time in space. This is significant because HeH+ is thought to be the first molecule ever to have formed in the early universe, at a time colloquially called the ‘dawn of chemistry’, about 100,000 years after the Big Bang.

This is the period when the universe cooled enough – to below about 4,000 K – allowing protons, electrons and neutrons to combine into light atoms, such as of hydrogen, helium and lithium.

HeH+ is a positively charged stable molecule and the strongest acid known. This implies that the early universe’s stock of HeH+ should have been emptied by now. So how did scientists find it at all?

The HeH+ they found hadn’t formed 13.8 billion years ago; it was found in a planetary nebula called NGC 7027, which is only 600 or so years old. It is 3,000 lightyears away from Earth, towards the Cygnus constellation in the night sky.

Planetary nebulae are glowing, expanding shells of ionised gases, blasted off by Sun-like stars in the end stages of their live. They represent the closest astronomical analogues for post-Big Bang chemistry, which could hold clues about the properties of the early universe.

Chemists had synthesised HeH+ in their labs over a century ago but it wasn’t until the late 1970s when they began to wonder if it might be found in astrophysical plasmas in the observable universe.

“The chemistry of the universe began with HeH+,” Rolf Güsten, an astronomer at the Max Planck Institute for Radio Astronomy, Bonn, and a member of the group that made the discovery, said in a statement. “The fact that the molecule [hadn’t been] observed for three decades in the local universe caused some doubts that our understanding was not right.”

The team wrote in its paper that the “unambiguous detection brings a decades-long search to a happy ending”, thus – in Güsten’s words – “eliminating doubts about our understanding of the underlying chemistry of the early universe.”

HeH+ emits radiation of wavelengths that fall in the infrared part of the electromagnetic spectrum, and these are obscured by Earth’s atmosphere. So ground-based instruments were out of consideration. But as it happened, space-based instruments didn’t have the tech to pick out the HeH+’s weak infrared signal from among the medley of other molecules in the nebula.

So the scientists turned to the world’s largest airborne observatory, the Stratospheric Observatory for Infrared Astronomy (SOFIA). It has a 2.5-metre-wide telescope and a radio instrument called the German Receiver for Astronomy at Terahertz frequencies (GREAT) mounted on a Boeing 747SP airplane. 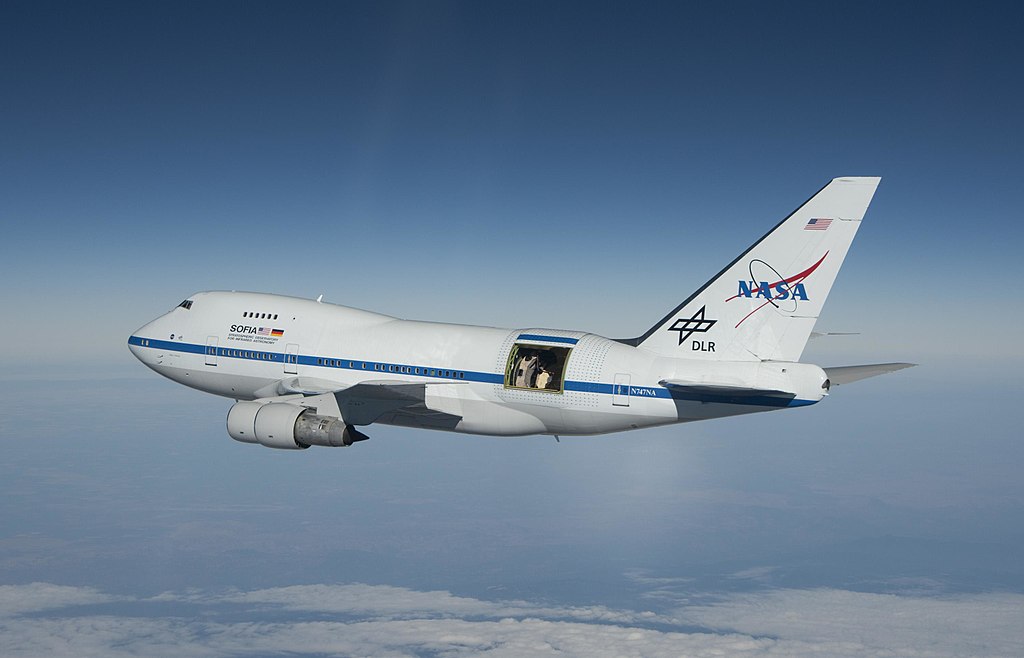 SOFIA with its telescope door open. It is a joint project of NASA and the German Aerospace Agency (DLR)

At the start of each run, SOFIA takes off from the ground and remains airborne while the scientists complete their observations. This makes it easy for scientists to change the instruments it carries as well as keep them well-maintained and up to date.

“This flexibility allows us to improve observations and respond to the most pressing questions that scientists want answered,” Naseem Rangwala, a deputy project scientist with SOFIA at NASA, said in a NASA feature.

And it took several years of technological advancements to reach the 2 terahertz frequency range required to detect HeH+.

At the start of their observational run, the scientists added a specific channel for HeH+ to the GREAT instrument. In May 2016, SOFIA flew up to 43,000 feet, keeping its instruments pointed in the direction of NGC 7027, and the first clear signatures of HeH+ were obtained over the course of three flights.

“The discovery of HeH+ is a dramatic and beautiful demonstration of nature’s tendency to form molecules,” David Neufeld, a coauthor of the paper, said in the press release. “Despite the unpromising ingredients that are available, a mixture of hydrogen with the unreactive noble gas helium, and a harsh environment at thousands of degrees celsius, a fragile molecule forms.”

Although we know that HeH+ could have been the universe’s first molecule, we lack precise knowledge of the reactions that would’ve formed and later destroyed it. This is because it’s difficult to calculate the reaction rates. “Our observations will help to ‘calibrate’ these rates, and this will feed back into the chemical ‘networks’ of the early universe,” Güsten told Science Alert.

The next step for his team is to find traces of this molecule further back in time, going towards the Big Bang itself. In this endeavour, they will explore cosmological redshifts – the increase in wavelengths of primordial light due to the universe’s expansion.

Mywish Anand is a winter intern at the Kodaikanal Solar Observatory. He has a masters degree in computational physics from the Central University of Punjab, Bathinda.