What Is a Quantum Computer?

Late last month, a leaked paper suggested scientists from Google had performed a computing task way out of reach of even the best conventional computers. 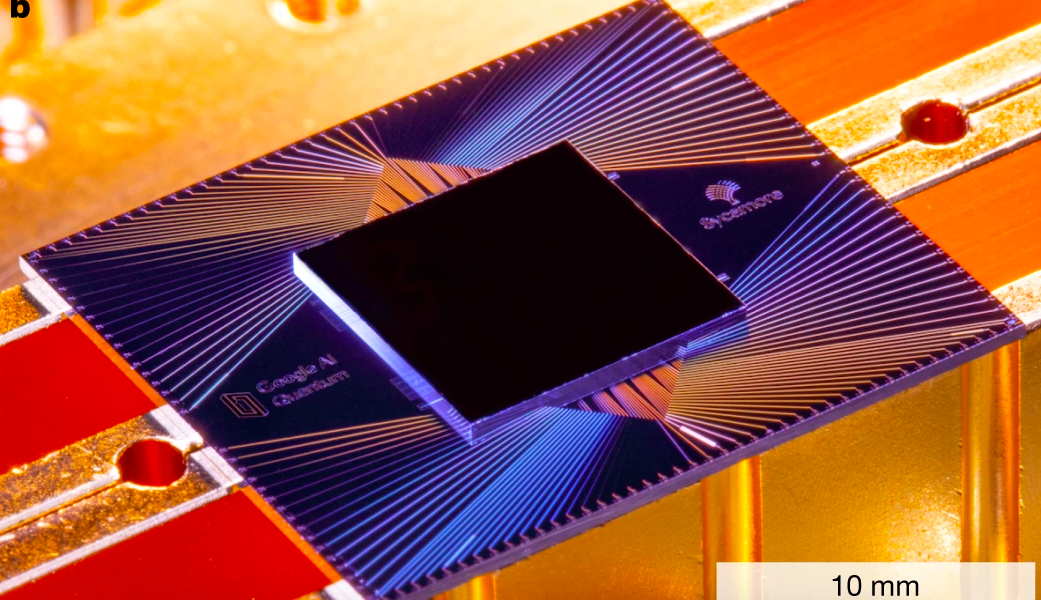 photograph of the quantum computing chip, christened Sycamore, that the Google team used in their claimed quantum computer. Photo: Nature 574, 505-510 (2019)

This is an edition of Quintessence, a series about fundamental ideas in science.

Earlier this year, IBM unveiled a much-hyped device at the Consumer Electronics Show in Las Vegas: a black cylinder hanging at the centre of a locked glass cage. Light from a wide panel on top bounced off of it. It was a simulacrum of a computing machine but it looked futuristic, even too futuristic. It didn’t look like any normal computer because it wasn’t.

It is easy to forget that even the simplest function on any electronic device in use today is the result of many, many transistors working in tandem. A keystroke, a button press, a single tap – all of it is about current flowing in and out of a transistor, the modern version of which was invented 72 years ago.

A bit, which is the most fundamental unit of computing, refers to the state of a transistor. If the transistor is ‘on’, the bit has a value of 1; if the transistor is ‘off’, the bit has a value of 0. Every instruction fed to a computer and output derived from it is a pattern of such 0s and 1s. The computer’s hardware and software manipulate these patterns using a set of rules called Boolean algebra. All this logic flows at blazing speeds, enabling humankind to make rapid technological advancements.

But even though transistors have become incredibly sophisticated over the years and engineers have become able to cram billions of them on tinier and tinier chips, they are still classical objects. The kind of computing they lend themselves to uses the simpler principles of classical physics and is therefore limited by the limitations of these principles. The deepest of them is this: transistors can either be on or off. A bit can only assume one value at a time.

This is where IBM’s sleek machine turns the curve. Enclosed in the black cylinder lies the soul of a quantum computer, in the form of a chip that taps into a more esoteric set of computing possibilities.

Also read: A Walk With Steven Kivelson Through the Realm of Strange Materials

Quantum computers are devices that manipulate quantum bits, or qubits. But instead of using a transistor to perform this function, quantum computers directly encode this information onto elementary particles like electrons and photons, or even entire atoms. These particles are thus part of a quantum computer’s hardware, and because they play by quantum rules, they execute their functions as qubits through strange quantum mechanical effects.

One of these effects is superposition. Where a classical bit has two states – 0 and 1 – a qubit also has a state where it is neither 0 nor 1 (but not a third value). This value is a fuzzy combination of two states, like 40% 1 and 60% 0. That is, if a classical bit is like a mechanical switch that can be turned ‘on’ or ‘off’, a qubit can be ‘on’ and ‘off’ at the same time but neither completely ‘on’ or ‘off’. Classical objects cannot be in such superposition.

Most people have already heard of such behaviour in the form of the Schrödinger’s cat thought experiment. A cat and a bowl of poison are placed in a sealed box. Until an observer opens the box and checks, the cat – a metaphor for subatomic particles – is to be considered both dead and alive. Similarly, an unobserved electron can have a spin pointing up and down at the same time, but the moment it is observed, it defaults to one of the two states: either up or down. 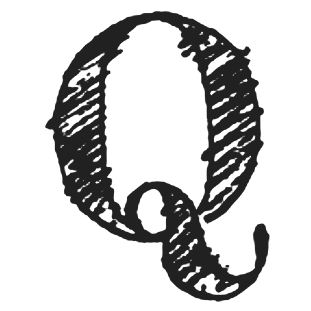 Next, two classical bits can have one of the following four configurations: {0, 0}, {1, 1}, {1, 0} and {0, 1}. But two qubits can exist in a mixture of all four at the same time; indeed, N number of qubits can exist as a simultaneous mixture of 2N states, each one representing a possible solution. Put differently, instead of tackling a problem by pursuing one solution at a time like a classical computer, a quantum computer can pursue multiple potential solutions at once and, presumably, arrive at the optimal one faster.

Superposition explains how a single qubit can be more powerful than a single bit. To understand how multiple qubits can work together – as computers will require – physicists use another concept called entanglement.

Though the components of a quantum computers are markedly different from those of a classical computer, they still have to behave like computers, including processing instructions and producing an answer to a question in a predictable amount of time. This means a set of entangled qubits in superposition should ultimately collapse into a meaningful configuration of 1s and 0s on demand.

This is tricky. A qubit has a finite probability of existing in one of two quantum states. So N qubits have a tendency to randomly settle into any one of the 2N possible states when measured. Eight qubits, for example, could settle into one of 256 states. To get around this problem, the qubits have to be subtly manipulated to increase their probability of chasing the ‘correct’, or more desirable, paths.

Scientists achieve this by orchestrating the qubits in such a way that the signatures of the undesirable quantum states cancel out and the right ones add up. This is how some quantum computing algorithms that can take advantage of this technique – based on the idea of interference from high-school physics – vastly outperform their classical counterparts.

Also read: The DIY Experiment That Captures ‘All the Mystery of Quantum Physics’

Scientists in various fields would also like to understand how complex molecules behave and interact with each other. Powerful supercomputers struggle with the dynamics of such many-body interactions, but quantum computers are expected to have a knack for them because they’re networks of particles themselves.

It would also be prudent to move our eyes away from the horizon of infinite possibilities and towards the mountain range standing in the way. Qubits must be stable and work well together for a computer to compute. This is easier said than done. Multiple qubits in a superposition, and entangled with each other, tend to be quite fragile. Even the smallest physical vibration can destroy their collective coherence, interfere with their quantum nature and induce large errors that can render the machine useless.

Different research groups around the world have stretched engineering to its bleeding edge to prevent such decoherence. IBM’s monolithic quantum computer cools its superconducting chip – which carries the qubits – to about 0.01 K, or 270-times colder than outer space.

Late last month, a paper quietly appeared on – and promptly disappeared from – a NASA website. In the paper, scientists from Google claimed to have performed a computing task way out of reach of even the best conventional computers using a quantum computer.

The company hasn’t issued an official comment or shared a peer-reviewed paper. According to various news reports, its 53-qubit machine performed a purpose-built task – a computation – in about 200 seconds when a powerful classical machine would have required millennia. If independent experts are able validate Google’s claim, it will be the first time a quantum computer will have surpassed a classical machine at a specific task.

That said, we are still decades away from a practically useful quantum computer. The transistor reigns supreme for now.

Update: On October 23, the journal Nature published the Google team’s peer-reviewed paper, which reiterated its makers’ claim that their quantum computer had performed a task that would take IBM’s Summit supercomputer 10,000 days. IBM has since rebutted the claim, writing in a blog post that Summit could in fact complete the task in about three days and thus, “Because the original meaning of the term ‘quantum supremacy’, as proposed by John Preskill in 2012, was to describe the point where quantum computers can do things that classical computers can’t, this threshold has not been met.”

The author would like to thank Vedangi Pathak and Kevin Dsouza for discussions about quantum mechanics and computing.