The Narendra Modi government's push to have research institutions depend less on public funds has been turned into a bad idea by the government's own priorities. 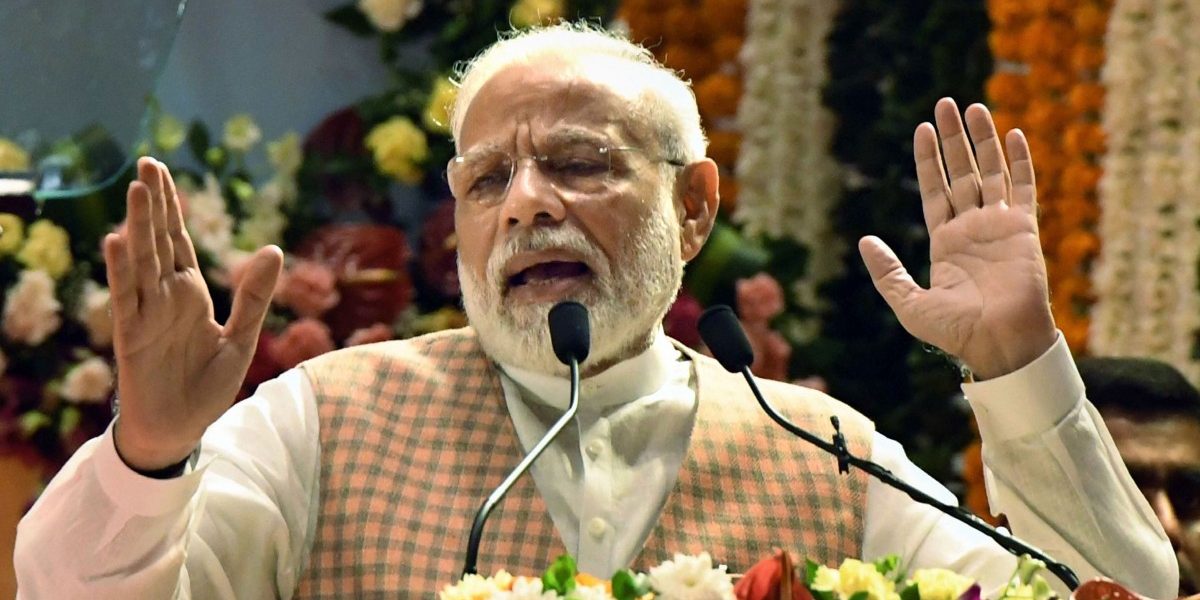 Prime Minister Narendra Modi delivered these words in his inaugural address at the 107th Indian Science Congress, now underway in Bengaluru. Modi’s prescription (first advanced in early 2018) describes a straightforward path to success but it also quietly assumes an environment and working conditions that are seldom available in the country, not infrequently as a result of his own government’s policies.

Recently, Deccan Herald reported that the National Chemical Laboratory (NCL) in Pune, one of the labs of India’s Council of Scientific and Industrial Research (CSIR), had lost no fewer than 12 scientists in the past four years. While Shekhar Mande, the incumbent director general of CSIR, speculated that the exodus could be attributed to various causes, comments from scientists the newspaper spoke to alluded to top-down pressure to focus less on fundamental, and more on applied, research. There have been similar reports coming out of other labs.

This is not the first time a CSIR lab has been in trouble nor will it be the last. The CSIR’s current spate of problems can be traced to 2015, when the directors of the council’s various institutions adopted the ‘Dehradun Declaration’ – a commitment to running their labs by commercialising the patents on their intellectual properties.

But it quickly became clear that they’d bitten off more than they could chew. Girish Sahni, the then director general of CSIR, aspired to raise Rs 1,000 crore per year by 2017, which is a quarter of the labs’ total annual operating expense. However, data released in parliament in March 2018 – around the time India was registering a record 27% growth in patent filings – showed that the organisation had only managed to raise Rs 475 crore per year on average.

The idea to “invent, patent, produce, prosper” is on paper a healthy one, but it failed to work with the CSIR labs thanks to a lack of time to pivot from exploratory research to research of immediate commercial value, and a lack of clarity on whether each lab was expected to finance itself or if CSIR as an organisation would redistribute its total revenue at the start of every financial year.

But while both these problems are expected to be resolved over time, some other official decisions and policies have thrown India’s fundamental research trajectory off kilter by not looking much further past its marketability – especially in the form of technologies that contribute to politically expedient schemes.

One of the scientists who left NCL in the last three years told Deccan Herald that the appreciation for fundamental research has been on the decline. In March 2019, the vice-chancellor of the Central University of Kerala, Kasargod, issued a circular saying the institute would no longer permit “irrelevant research” at the doctoral level, and that PhD scholars would be provided a list of topics “in accordance with national priorities”.

More broadly, state pressure on universities around the country has been mounting since 2015 to self-finance, precipitating higher fees as well as a policy-level push towards privatising higher education. In parallel, the government has also dialled back on important scholarships, such as INSPIRE-SHE, even as funds for those who did qualify to receive them were disbursed erratically. At one point, in September 2018, a crunch at the University of Hyderabad forced some of its students to pay out of their pockets for lab water.

One of the principal demands of the ‘Marches for Science’ that have been happening in India every August for the past few years is for the government to spend more on higher education and R&D. India’s expenditure on both these counts is low relative to all other developing countries. In the last two years or so, both science and social science students have also undertaken separate protest marches demanding higher salaries.

While the ministries of Science and Technology, Finance and Human Resource Development conceded a little on the latter count, the government’s actions on the former haven’t inspired confidence. Last year, The Wire reported on how “the problem of cash flow for non-plan expenditure of [autonomous grants-in-aid] institutions has been particularly problematic during the Modi regime”, and that “autonomous bodies beyond the [Department of Atomic Energy]’s purview may have been similarly hit” by a shortage.

The argument that India is a country of limited resources passively justifies the need to do more, and better, to fund research. For example, the private sector contribution to R&D was just 38.1% of the total in 2014-2015, which itself was only 0.69% of GDP (a figure that has largely stagnated), so there is ample room for improvement.

But the government has to maintain one hand on the wheel instead of ceding control to ideas that promise to reap dividends in the short-term but could leave India floundering for new ideas in future. The focus on patents could also disincentivise working for the greater good, forcing scientists to protect their intellectual property instead of releasing it into the public domain – where it might be of more use, especially in a country of limited resources. Amit Misra, a senior principal scientist at the CSIR-Central Drug Research Institute, Lucknow, wrote in August 2017 that as a result, his lab’s success story with the drug α/β arteether might never be repeated.

The suddenness with which changes are being implemented suggest a deeper design. Many experts agree that if the CSIR had been given, say, a decade to change course, the Dehradun Declaration might not have been the debacle it is thought as today. The government’s haste has also forced talented researchers to leave institutions they had been associated with for a long time for positions in the private sector, and in general has unnecessarily vilified fundamental research.