The reason for the delay was noise. 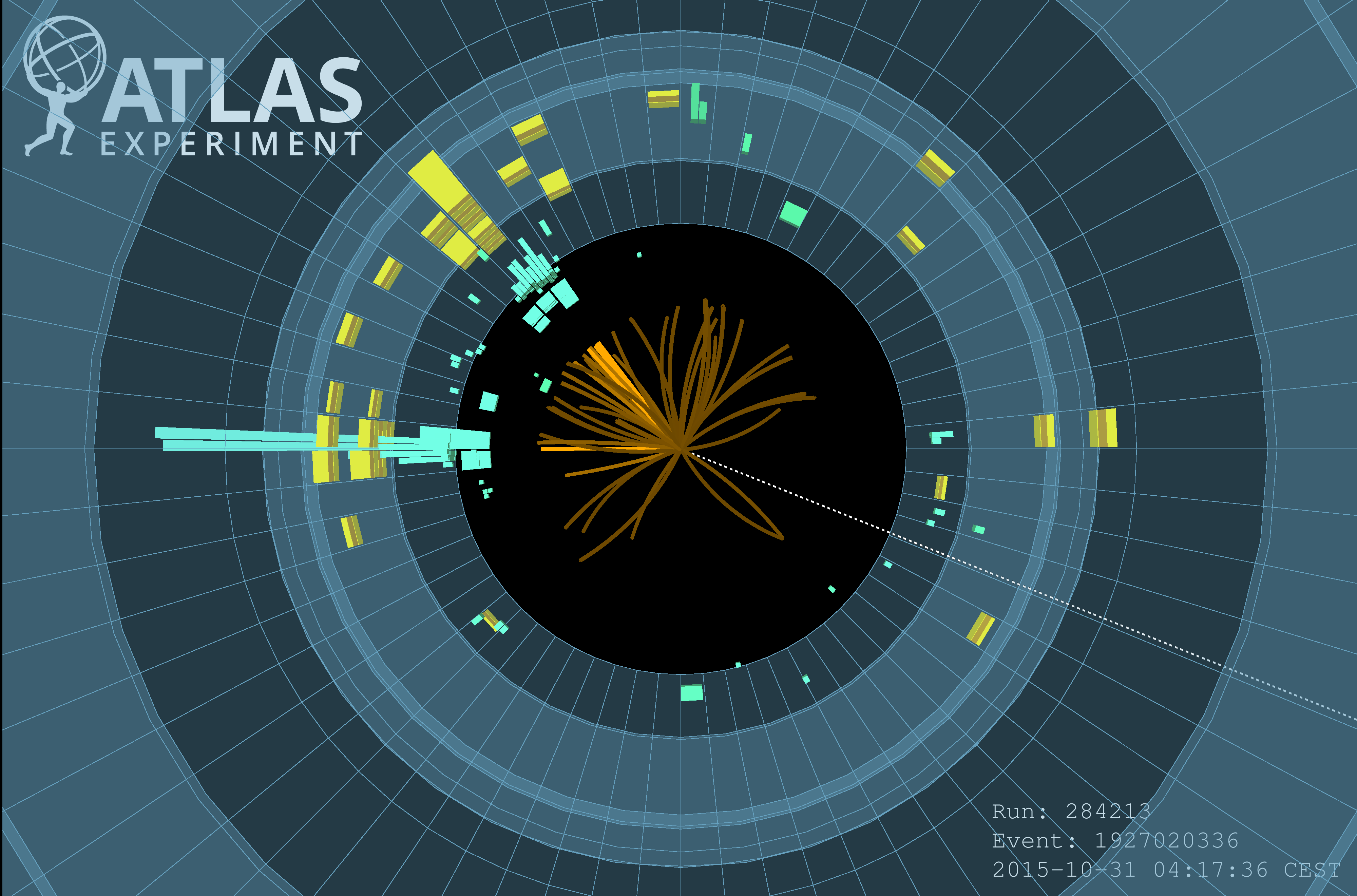 The Higgs boson has finally been observed decaying into the particles it most often decays to – six years after it was discovered. The reason for this delay was noise.

The Large Hadron Collider smashes protons head-on at nearly the speed of light to crack them open, releasing energy and other particles that then combine and condense into even other particles. The rules of particle physics and quantum mechanics specify the probability that some particles will form in this mess. So by smashing numerous protons together repeatedly, millions and millions of times, the collider can maximise the probability of producing particles that physicists can study to understand our universe.

One of them is the Higgs boson. The announcement of its discovery was made in July 2012. By knowing that the Higgs boson exists, physicists were able to ascertain that the theory pegged to this particle, which discusses how elementary particles get  their mass, is valid. This is why Peter Higgs and Francois Englert were awarded the physics Nobel Prize in 2013.

The Higgs boson was discovered indirectly. Detectors didn’t spot it directly as much as spotted a few particles in the collision fray that could only have come from a decaying Higgs boson. These were two photons and particles called W and Z bosons.

However, the Higgs boson decays into another kind of particle, called a bottom quark, far more often. Why didn’t physicists simply look for such bottom quarks during the collision to say whether or not they came from a Higgs boson?

But the problem is that hadron colliders – Large or not – also produce an abundance of bottom quarks through other mechanisms. The rules of quantum chromodynamics (QCD: the study of quarks and gluons) enable some in particular that produce lots of bottom quarks.

Since 2012, physicists have been able to better isolate the bottom quarks produced by decaying Higgs bosons (from the data) as well as, according to an official blog post, compare the values of “other kinematic variables that show distinct differences between the signal and the various backgrounds”.

By combining calculations across all the data collected by the machine in 2015, 2016 and 2017, the results had a statistical significance of 4.9σ – just shy of the 5σ threshold to claim a discovery. The significance does breach the threshold when other data filtering and analytical techniques are applied, and so the ATLAS and CMS detector collaborations at the Large Hadron Collider have made their official announcements. We have finally observed Higgs bosons decaying into two bottom quarks.

Though it is a veritable technological achievement, its scientific consequences are pithy. It would have been mighty exciting had this ‘channel’ of decay not been detected, but now that it has means we haven’t discovered any of the signs of ‘new physics’ we have been looking for.

This is so because the theory that predicted the Higgs boson as well as how it will decay into various particles, the Standard Model, is airtight – yet clueless about why the Higgs boson’s mass is what it is or where dark matter comes from. The key is to find a mistake in the Model, an natural event or process that doesn’t play out as predicted, and then we’ll know there’s something new to explore there, something that might answer our unanswerable questions.