Is the Meghalayan Event a Tipping Point in Geology?

Last week, the International Commission on Stratigraphy approved an additional stage in the geologic timescale overlapping with the Holocene Epoch, called the Meghalayan. 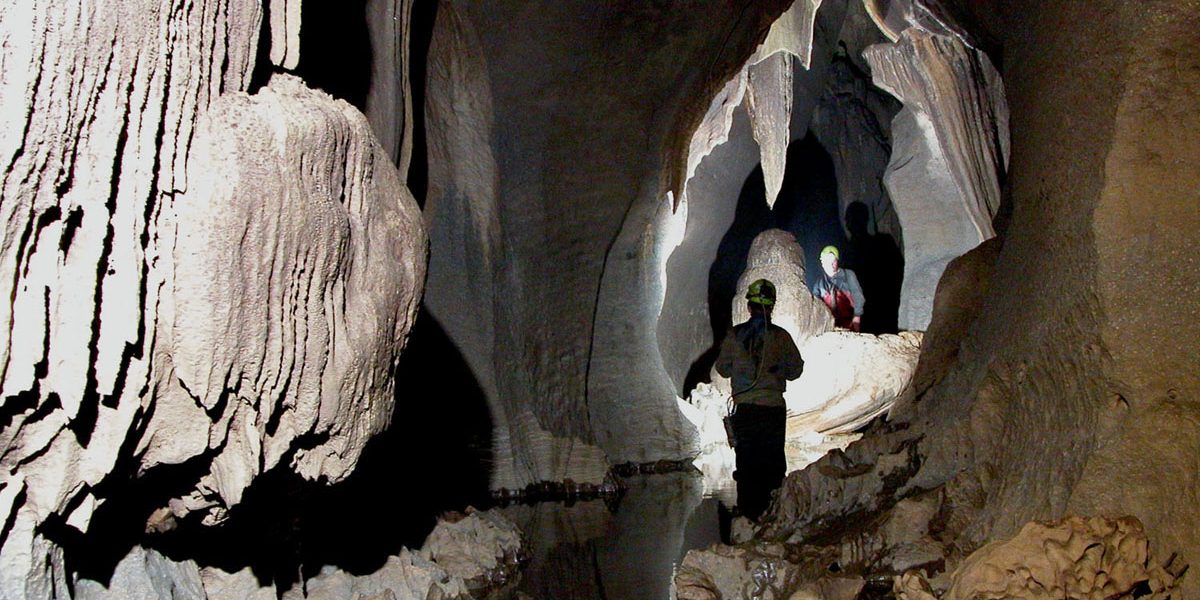 In May 1816, Mary Godwin, her poet husband Percy Shelley and their son travelled to to spend the summer with Lord Byron, perhaps as an antidote to her extreme depression owing to the death of her previous child. The party arrived at Geneva on May 14, and, according to Mary, “It proved a wet, ungenial summer”. She would later remember this as “an incessant rain” that “often confined [them] for days to the house”. It was a year without summer – the final years of the Little Ice Age (LIA), a geological event that had begun around 1,400 CE, coincident with the massive eruption of an Indonesian volcano April 5, 1815. That eruption spewed so much dust into the upper atmosphere that it reduced the amount of sunlight reaching Earth’s surface for the next fifty years, precipitating unusually cold temperatures around the world.

Thanks to climatic vagaries, Mary Godwin, having forced to spend most of her vacation time indoors, was probably in a disconcerting mental state to have written the grotesque tale of Frankenstein while on the banks of Geneva Lake, encouraged from the sidelines by the poets Percy Shelley and Lord Byron. The LIA was the most recent global geological event to have impacted human society. At the final phase of this event, there were famines across the world – including the Great Bengal Famine of 1770, which killed more than 10 million people living in the lower Gangetic Plains.

Climate change is a popular term now but is generally associated with global warming caused by humans. However, geological history shows us that the climate has warmed as well as cooled, motivated by natural forces. For example, the LIA was a change in the climate regime following the previous Medieval Warm Period (MWP), which had lasted for several centuries and during which Earth was warmer. Such natural forces include changes in solar irradiance and changes in the orientation of the Earth in relation to its orbit. A combination these factors led to a long ice age further back in time, about two million years ago.

On the geologic time scale (GTS), this period is called the Pleistocene Epoch. It was succeeded by the Holocene, the epoch in which we live, starting from about 11,000 years ago to the present. Events like the LIA and the MWP are relatively smaller climatic incursions in the Holocene, an interglacial period marked by receded glaciers.

Also read: ‘A Brief History of Earth’ – A series exploring the natural history of our planet

The GTS, sometimes named after some type stratigraphic sections, stretches all the way back to Earth’s formative years, and is a system that defines the timing and relationship of events that have occurred during our planet’s 4.6-billion-year history. British names were more dominant GTS terms in the early period of its development but gave way to more global representation as geological prospecting spread far and wide. For example, the Jurassic (named for rocks deposited 200 million years ago in which dinosaurian fossils were preserved) refers to some type of section reported from the Jura Mountains on the France-Switzerland border.

Generally, the GTS is divided into four great chunks known as eras: from the oldest to the youngest, they are the Precambrian, the Palaeozoic (meaning ‘old life’), the Mesozoic (middle life) and the Cenozoic (recent life). These four eras are further into numerous subgroups called periods, or systems, and sometimes more finely as stages or ages. Last week, the International Commission on Stratigraphy (ICS) approved an additional stage, or a phase, in the GTS overlapping with the Holocene Epoch, the current stretch of geological time, called the Meghalayan. The name is from the northeastern state of India, where a stalagmite within a cave was found that purportedly contained the type evidence for a major global climatic incursion around 4,200 years ago.

This new addition is to appear in all official charts of the GTS, along with two other new phases – the Greenlandian (11,700-8,326 years ago) and the Northgrippian (8,326-4,250 years ago), marking the sudden outbreak of freezing temperatures within the Holocene – identified based on ice cores recovered from Greenland. The proposal to divide the Holocene Epoch into several smaller phases has been in the works for the last decade or so. Several formal bodies of geologists have whetted this proposal in the past before it could become part of the formal GTS scale.

The late Holocene subdivision called the Meghalayan Stage marks the beginning of a mega-drought that impacted Eurasia and affected several ancient societies as a 4.2-kiloyear event. The art of finding this golden spike on the stalagmite, a calcium carbonate column formed from water drops trickling down from cave roofs, depends on the ability to interpret the oxygen isotope values from precisely dated slices of the specimens (using the uranium-thorium method). The ratio of oxygen isotope reflects the ups and downs of rainfall: the more rainfall there was, the less oxygen-18 isotope there would be in the sample.

For example, in a scientific paper published in 2012, geologists studied a high-resolution stalagmite oxygen-isotope record (spanning the early and mid-Holocene) from northeast India and suggested that the most dramatic of these events – i.e. shift in rainfall patterns – occurred about 4,000 years ago. They could conclude thus because the isotope amounts rose abruptly and remained at this level state for almost two centuries. This event appears to have been synchronous with climatic changes documented in a number of proxy records across North Africa, the Middle East, the Tibetan Plateau, southern Europe and North America. It is likely that these changes may have led either to the deterioration or the reorganisation of the Indus and Nile civilisations.

Also read: A story of monsoons and the Indus civilisation, teased out of ancient rock

It has also been suggested that the de-urbanisation of the Indus Valley took place around 3,900 years before today, more as a consequence of the multiple monsoonal shifts before the rains returned to their stable mid-Holocene state. Jared Diamond, who analysed human societies in his book Collapse (2005), has written, “In many historical cases, a society that was depleting its environmental resources could absorb the losses as long as the climate was benign but then driven over the brink of collapse when climate became drier, colder, hotter, wetter or more variable.”

We still do not know how the Anthropocene – the yet-to-be formalised new geological era in which the human species becomes the dominant force of change – overlaps with the Meghalayan Stage. While the year 1950 (in the post-nuclear-testing period) could be considered to be a marker beyond which accelerated human impact is evident and is therefore likely to be the start of the Anthropocene era, critics think that such a perspective exposes a “western, white-male, elite-technocratic narrative of human engagement with the environment”. It is well-known that human activities over the past 10,000 years caused mass extinctions and changed the distribution of fauna and flora (e.g. the woolly mammoths were driven to extinction by human hunting).

Rather than being a mere branch of the Darwinian evolutionary tree, the Homo sapiens are becoming central to the evolutionary and environmental future of Earth itself. One point of view is that the sub-divisions of the Holocene Epoch should have been made after we reached a more transparent definition of the ‘Anthropocene’. Critics believe now that the ICS has trivialised the Anthropocene by cutting the Holocene up into smaller pieces. There will be more fireworks, for sure, at the 36th International Geological Congress to be held in Delhi in March 2020.

Or does it matter… because what’s in a name? Remember what Juliet told Romeo.