India’s First Robotic Telescope Opens Its Eyes to the Universe

The facility at Hanle is part of a multi-country collaborative initiative – called GROWTH – to observe transient events in the universe. 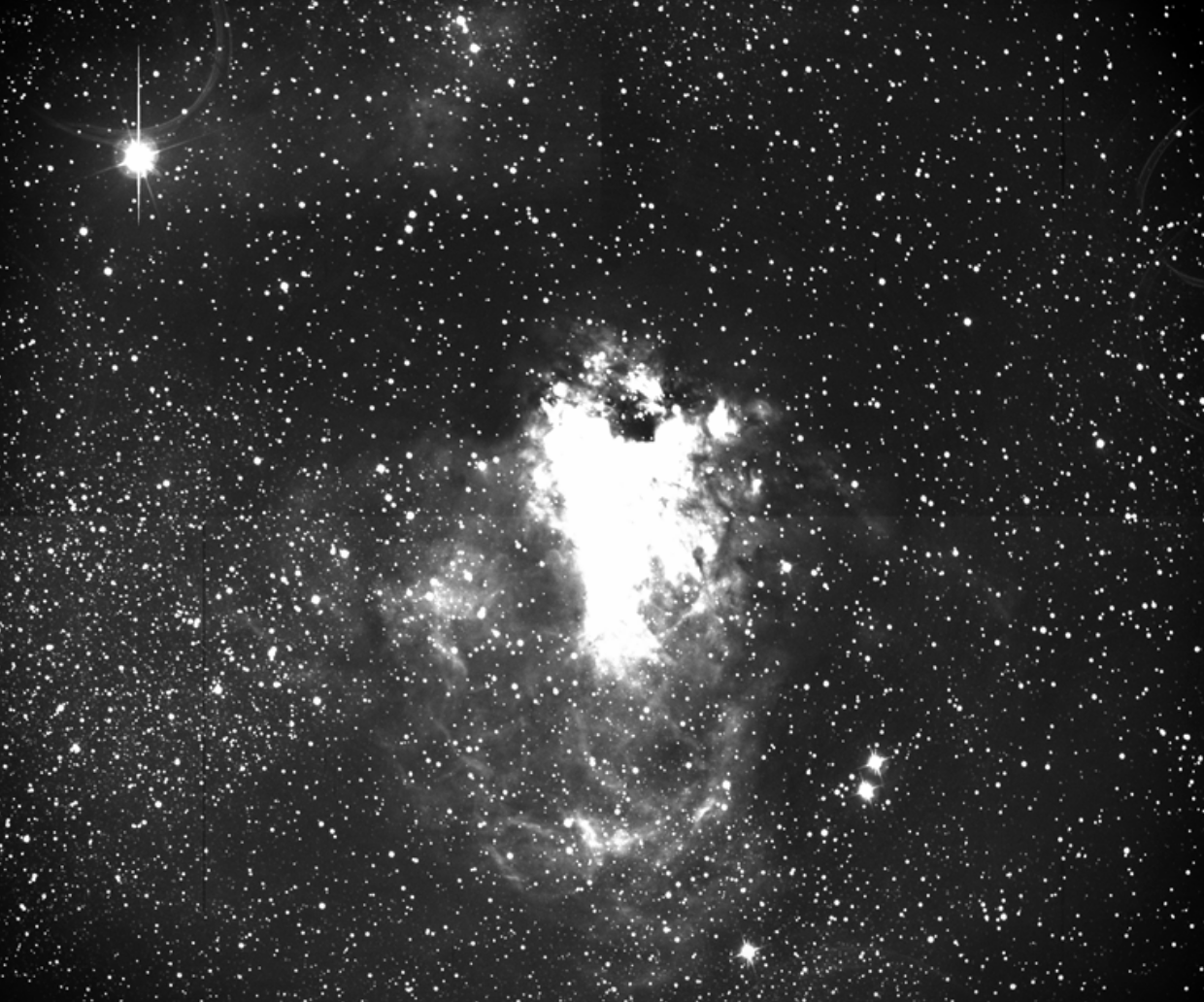 The telescope, located at the Indian Astronomical Observatory (IAO) at Hanle, Ladakh, is the country’s first robotic telescope and the first one designed to observe dynamic, or transient, events in the universe.

“The telescope saw its first light on the night of June 12,” G.C. Anupama, the person in charge of the IAO and the Centre for Research and Education in Science and Technology at the Indian Institute of Astrophysics (IIAp), Bengaluru, told India Science Wire.

Young astronomers are excited over the development. “For the first light, targets were chosen from the Messier catalog – a catalog of nearby, bright astronomical sources accessible from the northern hemisphere,”Atharva Patil, a project student, and Shubham Srivastav, a postdoctoral fellow, both from IIT Bombay, told India Science Wire. “These chosen regions are not only rich in stars, thereby allowing for various image-quality tests, but are also visually stunning.” Both were involved in installing the telescope.

The facility at Hanle is part of a multi-country collaborative initiative – known as the Global Relay of Observatories Watching Transients Happen (GROWTH) – to observe transient events in the universe. 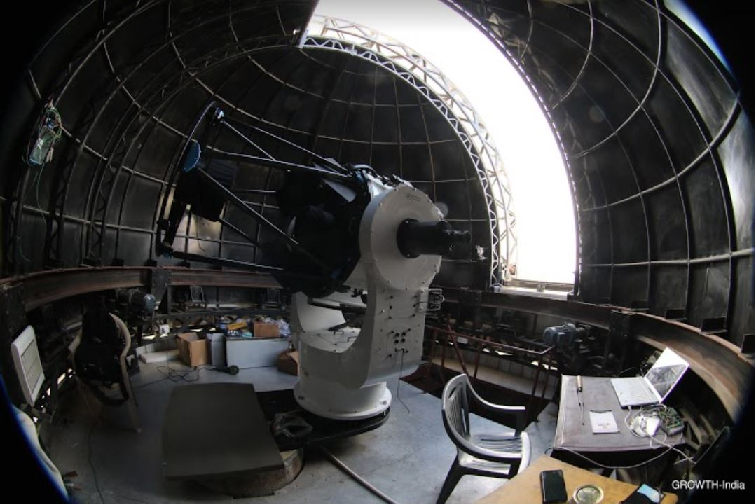 Inside the dome of the GROWTH telescope, Hanle. Credit: GROWTH-India

The fully robotic telescope is designed to capture cosmic events occurring over relatively shorter periods of the cosmological timescale: years, days and even hours.

Universities and research institutes from the US, the UK, Japan, India, Germany, Taiwan and Israel are part of the initiative. Their primary research objective is time-domain astronomy, which entails the study of explosive transients and variable sources (of light and other radiation) in the universe.

“Together with partner telescopes strategically located around the world, we can continuously monitor any interesting object in the sky – uninterrupted by daylight,” Anupama explained.

The locations of telescopes participating in the GROWTH collaboration. Credit: GROWTH/Caltech

Anupama of IIAp and Varun Bhalerao of IIT Bombay are the principal investigators of the project in India.

The 70-cm robotic telescope joins other larger facilities of IAO’s in Hanle: the Himalayan Chandra Telescope, the High-Altitude Gamma-Ray (HAGAR) telescope and the Major Atmospheric Cherenkov Experiment (MACE) telescope. The GROWTH telescope is expected to generate enormous amounts of data: over one thousand gigabytes in a year.<><>

The telescope has a camera capable of detecting faint transient events found by partner survey telescopes, such as the Zwicky Transient Facility at Palomar, California. It has also been programmed to directly communicate with different ground-based and space-based surveys searching for transient sources.

Transients often leave signatures in various parts of the electromagnetic spectrum, which astronomers try to capture using telescopes that are sensitive to a variety of wavelengths – from gamma-rays to infrared. Transient surveys involve scanning a part of the sky, moving on to other areas, returning to the first part repeatedly and comparing images to see changes such as increase or decrease in brightness of a source. Telescopes dedicated to transient surveys are usually small, wide-field instruments.