In a World With More and Intense Heat-Waves, a Review of What Heat Does to Us

The heat can get to you in many ways. Extreme heat in particular and human health are closely related, and research has shown that it can precipitate a huge burden of illness, apart from death. 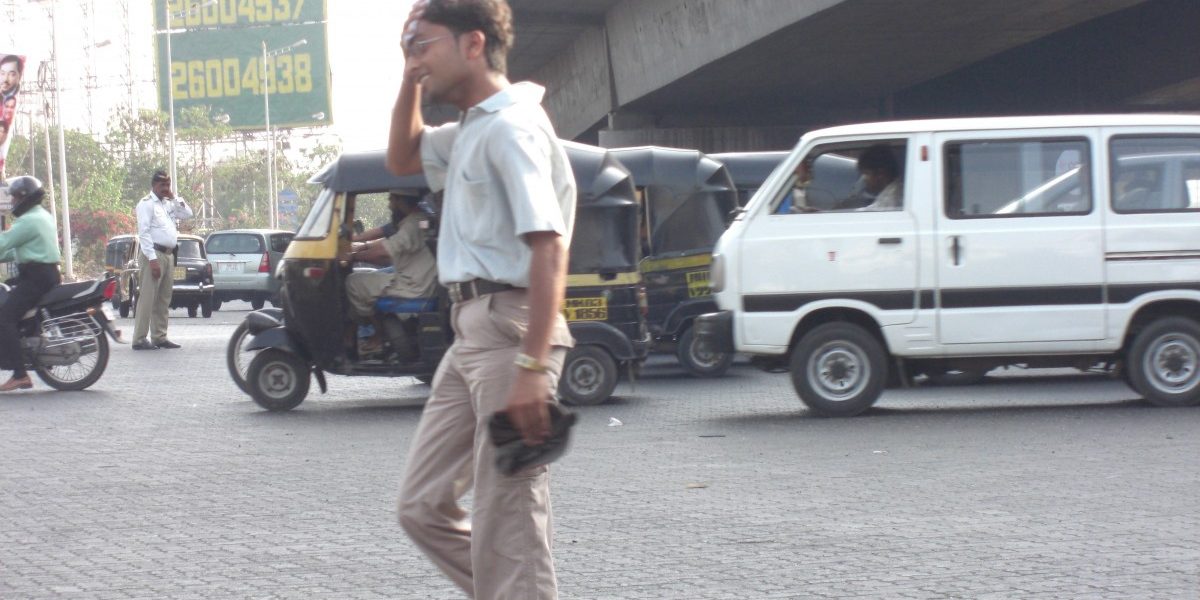 A pedestrian wipes his forehead as he walks in the heat, in Mumbai, April 2007. Photo: araswami/Flickr, CC BY 2.0

The human body works best when its core temperature is 36-37º C and at 35º C near under the skin. But when excess heat accumulates in the body, it works to shed it: the heart rate goes up a few beats per minute and blood is driven to the skin, where it loses heat and prompts sweating.

In fact, sweating and breathing are two important ways in which the body copes with heat. However, these measures are temporary; sustained heat prevents the blood from shedding heat at the skin. If ambient humidity is high, the body will also get quickly dehydrated. If the combination of temperature and humidity, called the wet-bulb temperature, exceeds 35º C, all systems fail. This is the upper limit of survivability; even a wet-bulb temperature of 30º C is very dangerous, according to a 2017 study.

Exposure to severe heat leads directly to heat exhaustion, an illness characterised by dizziness, fatigue, headache and fainting. This is usually treated by cooling the body under a shade and supplying electrolytes. If it isn’t treated, however, heat exhaustion can lead to heat-stroke, where the body shuts down the sweating mechanism, leading to mental confusion, seizures and probably loss of consciousness.

Apart from direct effects such as illnesses and mortality, researchers have also studied the morbidity associated with chronic heat and have found that it is not peripheral. In fact, it has insidious, wide-ranging effects on organs and exacerbates pre-existing conditions such as asthma, chronic obstructive pulmonary disease (COPD), heart- and/or diabetes-related conditions, and kidney disease and chronic kidney disease (CKD).

“The main diseases of concern are asthma, rhinosinusitis, COPD and respiratory tract infections,” according to one 2014 paper published in the journal European Respiratory Review. “Groups at higher risk of climate change effects include individuals with pre-existing cardiopulmonary diseases or disadvantaged individuals.” Indeed, in 2016, researchers from the Johns Hopkins University, Baltimore, were able to ascertain that indoor heat and air pollution could together increase the respiratory morbidity in people with COPD.

Heat can be additionally dangerous if one’s environs don’t cool in the evening because this deprives the body of respite after a day’s work. Heat-induced deaths have been increasing around the world together with an increase in night-time temperatures.

The likelihood of these effects depends on how long the heat exists and with what intensity, together with the level of tolerance of people in that region. It also has to do with how the government and society respond to it through their institutions and communities.

Often, the most basic thing required is to allow people to take a break from the heat and drink water.

In 2016, scientists interacted with farmers in the Nellore and Prakasham districts of Andhra Pradesh, as well as in an area around Chennai, to understand a rash of CKD cases. They found that it occurred primarily in hot, rural communities where farming was the main occupation, and recurrent dehydration was the primary culprit. “Heat-stress nephropathy may represent one of the first epidemics due to global warming,” their paper added.

Pregnant women are at additional risk. One 2017 study found that the odds of a preterm delivery increased with rise in temperature, especially during the warmer months, while another suggested the same with stillbirths. According to the authors of the latter paper, their conclusions held true “even in temperate zones”. A third study published the following year also said, “Hot weather most likely harms fertility via reproductive health as opposed to sexual activity.”

Chronic heat can tamper with the arteries carrying oxygen and nutrients to the brain, causing cerebrovascular disease and disrupting normal human behaviour, while extreme heat could mess with cognitive function. A paper published in PLOS Medicine in 2018 described a study in which 44 students from a university in the Greater Boston area, Massachusetts, lived in AC and non-AC buildings before, during and after a heat-wave. Researchers then ran tests and found a significant drop in cognitive function among the students in non-AC buildings.

In similar vein, researchers suggested in a 2018 working paper that, “without air-conditioning, a 1º F hotter school year reduces that year’s learning by one percent.” Later, they add: “This work highlights the understudied role that students’ and teachers’ physical environments play in generating educational outcomes.”

Of course, these conclusions are to be taken with a pinch of salt considering the small sample size in the first case and the correlation analysis in the second.

Finally, the (unequal) effects of the climate crisis also precipitate food shortages and acute economic inequality, and force people to migrate in search of better opportunities and living conditions. In one effort to get a sense of the consequences for India, researchers from India and the US analysed attributes associated with poverty, poor health, working conditions, age and social status, together with data from the 2011 Census and remote-sensing instruments, for people in India’s 640 districts.

In 2017, they produced a ‘heat-wave vulnerability’ ranking in the journal Environmental Research and Public Health. It identified 10 districts as being at ‘very high risk’ and 97 at ‘high risk’. Most of these districts were located in central India, in the states of Madhya Pradesh and Chhattisgarh. They also found that urban areas fared better than rural areas on average. More importantly, their paper noted that lack of sanitation and awareness of best sanitary practices, lack of facilities within households, low literacy and poor or no access to water had hands in worsening the impact of heat.

If this is true, then it is easy to see how much of India is already in grave danger.