Groundwater in Northwest India Has a Uranium Contamination Problem

Unlike the limits for arsenic and other toxic metals specified in the Indian standards for drinking water, there is no limit maintained for uranium. 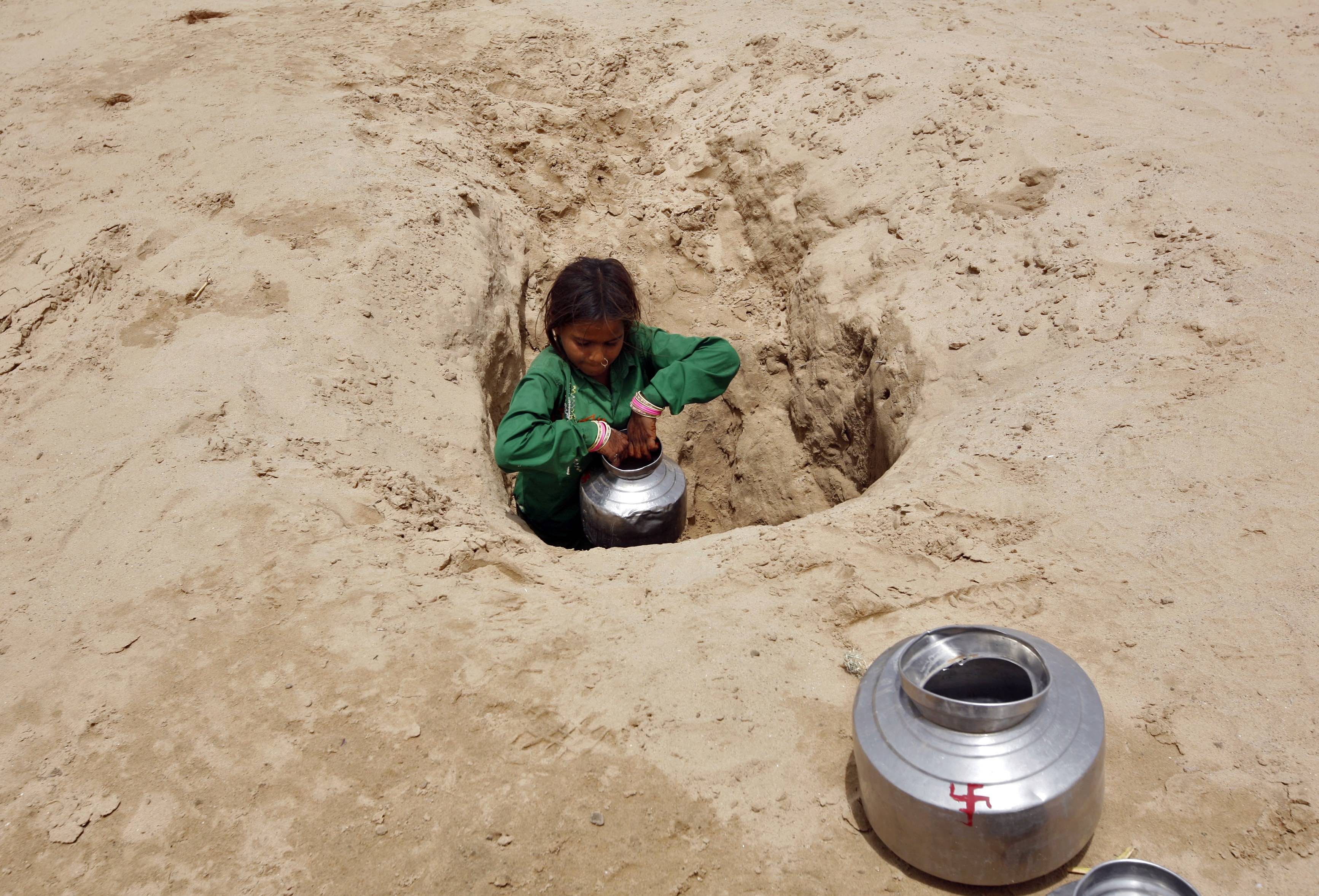 There is a new addition to the list of water quality problems plaguing India’s groundwater. Recently published research has shown that the level of uranium is significantly higher than 30 µg/L, the limit suggested by the WHO, in several parts of the country, particularly in Gujarat and Rajasthan. This is a concern because a high concentration of uranium in the body has been linked to chronic kidney disease.

Groundwater concerns are not new in India. One of the most prominent issues that has gained global attention is arsenic contamination in the Ganges and Brahmaputra basins, affecting several states, such as West Bengal, Uttar Pradesh, Bihar and Assam. Prolonged exposure to arsenic can lead to different types of cancers and ultimately death. The permissible limit of arsenic in drinking water according to the Bureau of Indian Standards (BIS) is 10 µg/L, relaxed to 50 µg/L if no alternate sources are available. 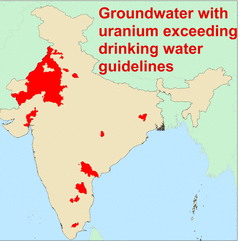 However, unlike the limits for arsenic and other toxic or heavy metals specified in the Indian standards for drinking water, there is no limit maintained for uranium, another heavy metal, although the Atomic Energy Regulatory Board has set a radiology-based limit of 60 µg/L. Uranium in drinking water raises concerns not because of radioactivity but mainly because of its chemical toxicity. Studies have shown that ingestion of high quantities of uranium can lead to chronic kidney problems. It may also accumulate in crops irrigated with uranium-containing water.

As part of a project investigating different aspects of water quality in India, Avner Vengosh, a geochemist at Duke University, North Carolina, and an author of the new study, has been looking at various water quality issues. Tracking uranium was the first step.

Vengosh and team, including members from the department of groundwater resources in Gujarat and Rajasthan, sampled water from 324 wells in the two states and analysed their chemical composition. The samples were collected before any treatment, analysed for temperature, pH and specific conductivity in the field and shipped to Duke University, where they were checked for anion/cation content, bicarbonates, nitrates and trace elements. In addition, the researchers also compiled results from previously published data for 16 Indian states to map uranium levels across several regions in the country.

The results showed that 75 of the 226 wells (28.7%) tested in Rajasthan and five of the 98 wells (5.1%) tested in Gujarat had more uranium than the WHO’s recommended limit. The levels in a few tens of wells in Rajasthan were close to 300 µg/L. Cross-referencing data between the new and older studies showed some districts in southeastern India, chiefly in Andhra and Telangana, and a few in eastern India, had more uranium than the WHO’s limit. However, the majority of high-uranium levels were located in Rajasthan and parts of Punjab, Haryana and Gujarat.

“We did not know in the beginning of the study about the high uranium and the results indeed surprised us, especially since the uranium problem is all over India,” Vengosh told The Wire.

Uranium is a naturally occurring element found in several types of rocks, especially granite. When the conditions are right, uranium from the rocks can leach into water, where it dissolves more if the solvent contains oxidising compounds. In those parts of India where a lot of uranium occurs naturally in the rocks, a combination of these factors can increase its level in the groundwater.

“The source of uranium is naturally occurring, but human activities like over pumping enhance the uranium problem,” said Vengosh. In many parts of India, aquifers are composed of sediment carried down from the Himalayas by streams or from uranium-rich granite. Overuse of these aquifers for human use reduces the water level and creates oxidising conditions, which are favourable for the dissolution of uranium.

The geology of those areas with high uranium concentration in the groundwater reported in the study was mainly due to alluvial deposits from Himalayan erosion and crystalline basement rocks such as granite. This suggests that natural dissolution is responsible for increasing the amount of uranium in groundwater, exacerbated by human activities.

Elango Lakshmanan, a geologist at the Anna University, Chennai, finds these results hardly surprising. Uranium is common in some types of rocks like granite, which is widespread in south India, he said, and contact with water will dissolve it. He has previously studied uranium concentration in groundwater in some parts of south India, and found levels of about 60 µg/L in a few wells. According to him, although such levels are higher than the WHO limit, it is not yet cause for panic. If the levels are a few hundred micrograms per litre and such groundwater is the only available source of drinking water, then it becomes a cause for concern.

Lakshmanan is most concerned that the BIS, the government body responsible for maintaining and publishing water-quality standards, has not done anything about setting limits for uranium in drinking water. “They are simply keeping mum though this had been reported several years ago,” he said. He had also written a letter to BIS in 2011 urging them to consider setting limits for uranium in drinking water after his research revealed high levels in groundwater, but he said he never got a response.

Apart from uranium, the wells tested in Gujarat and Rajasthan also contained significant amounts of fluorides and nitrates, whose permissible limits are published in the BIS drinking water standard. Although their presence (in those quantities) should have rendered the water unsuitable for consumption, the people using these wells have no other alternative.

Vengosh suggests regularly monitoring the water in those wells with uranium-bearing rocks as a remedial step, and providing treated water to the affected people. In addition, the strong correlation between the presence of bicarbonates and uranium levels indicates that areas with high levels of bicarbonate ions should also be tested for uranium. Human activities such as use of groundwater for irrigation and use of fertilisers could have an impact and this should be looked into further. Vengosh’s colleagues also echo Lakshmanan’s urge that uranium be included in the BIS drinking water specifications.

Until there are no formally prescribed limits, quality monitors will be checking for nothing in particular and the ‘safe’ tag will remain blind to uranium content.