Geoengineering: Should India Tread Carefully or Go Full Steam Ahead?

Solar geoengineering doesn’t help reduce carbon emissions, and is founded on reckoning with the distressing possibility that reduction strategies won’t be enough. 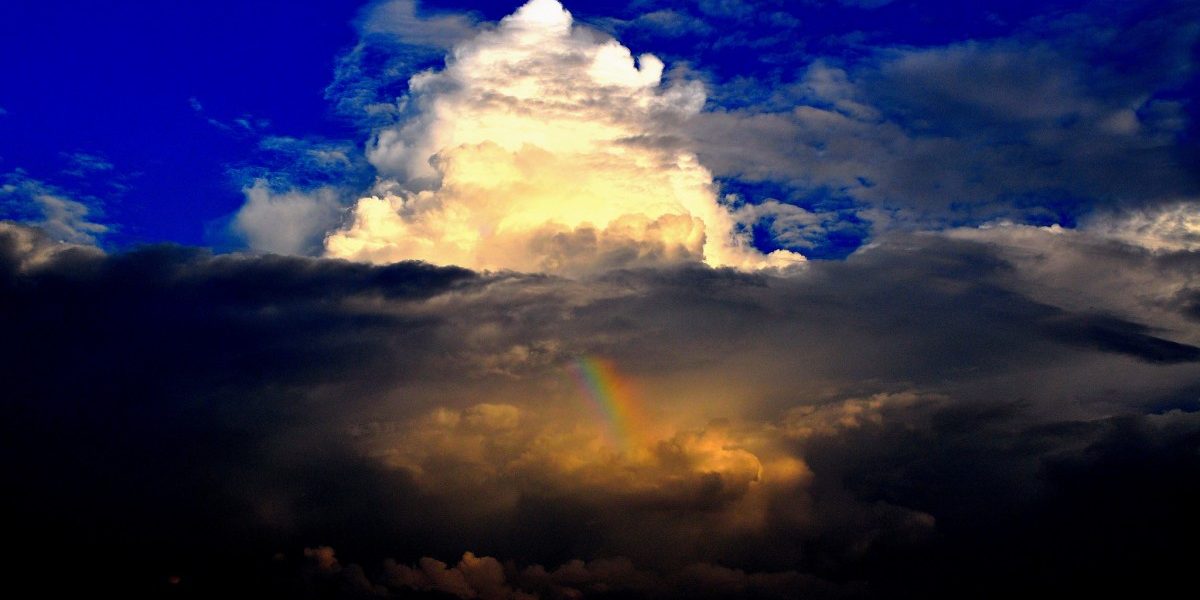 Geoengineering is a controversial proposition for many reasons, and it is also uncharted territory. Credit: shock399/Flickr, CC BY 2.0 In April 1991, the people of Aeta, a village near the foothills of Mt Pinatubo in Philippines, saw multiple steam explosions along the northwest side of the prominence. They were followed a few weeks later by the second largest volcanic eruption of the century. Millions of tonnes of magma erupted. Ash clouds reached 35 km up into the sky. Around 20 million tonnes of sulphur dioxide escaped.

Then, some time after the eruption, the temperature of the air around the world fell by 0.5°C.

Scientists later realised the sulphur vented into the atmosphere behaved like aerosols, and had reflected ~1% of Earth’s incident sunlight back into space.

If humans had deliberately released such sunlight-reflecting material into the air, it would’ve been called geoengineering. It describes large-scale human efforts to mitigate the impact of global warming by ‘engineering’ natural processes to have palliative effects.

Also read: An Engineered Climate Can Harm Biodiversity More Than Climate Change Itself

One way is to block solar radiation by putting aerosols in the atmosphere, placing reflectors in space or seeding clouds with more water droplets. Another way is to reduce the amount of carbon dioxide in the atmosphere through afforestation, carbon capture or by sequestering carbon using algae.

In 2016, 194 countries and the European Union pledged to keep global surface warming below 2º C and to make that 1.5º by 2030. But this hasn’t been happening. The UN-organised multilateral climate talks that just concluded in Katowice, Poland, revealed a “lack of political will” among member countries to limit their carbon emissions and uphold the 2015 Paris Agreement.

“Annual emissions have increased by an average of about 2% since the Kyoto Protocol was signed in 1997,” said G. Bala, a climate scientist at IISc Bengaluru. “If we reverse the course at the same 2% rate, which by itself is an uphill task, it would take about 35 years to cut emissions by 50%.” This renders the 1.5º goal nearly unattainable.

Perhaps it’s time for more drastic measures – such as bouncing sunlight away from Earth.

It does sound like an elegant idea. Doing so could cool Earth’s surface sufficiently in 2-4 years, and it’s cheap enough. But somehow, policymakers haven’t been grabbing at this solution.

Probably because there’s a catch.

A 2007 study found that, after Pinatubo went up, the temperature of the world’s air fell  – as did the amount of rainfall around the globe. In fact, precipitation levels were the lowest between 1979 and 2004. There were also widespread cases of moderate to severe drought that could be directly attributed to the temperature dip.

Other studies have shown that once we commit to managing solar radiation, we’ve to keep at it. Sudden termination can increase the global average surface temperature by 4º C within 30 years. This can be catastrophic for everyone involved.

At the same time, geoengineering remains an attractive idea because of the lower investment and its quick-fix nature. Some believe that if we prepare better to mitigate its side-effects, it’s an eminently workable option.

Indian researchers, using lessons from that incident, are beginning to investigate the possible effects of geoengineering on summer monsoon cycles and heat.

Recently, IISc scientists – including Bala – simulated injecting 20 million tonnes of sulphate aerosols into the Arctic stratosphere. They found that this shifted the inter-tropical convergence zone, a belt of low-pressure winds that bring  India its summer monsoons, southward and reduced rainfall in the northern hemisphere – where India lies – by 12%.

Interestingly, other studies have shown that solar radiation management schemes can alleviate extremes in the intensity and frequency of rainfall.

Also read: How a Soviet A-Bomb Test Led the US Into Climate Science

“However, if we maintain warming at 1.5º or 2º C, there will be no reduction in mean precipitation,” Bala clarified. “The extremes in temperature and rainfall could be reduced” but that might be the effect of  managing sunlight.

There’s also the matter of solar power. Bala: “The reduction in sunlight at the surface would be 1-2% [due to] solar geoengineering. So there could be a marginal reduction in solar power production.”

There isn’t much clarity on what we should be doing on the policy front either. “Currently, India doesn’t have an official policy on climate geoengineering,” according to Arunabha Ghosh, CEO of the Council on Energy, Environment and Water.

He added that the Department of Science and Technology (DST) had “launched a research initiative in 2017 at IISc to understand the implications of solar geoengineering for developing countries.”

The results were the studies on the effects of geoengineering schemes on tropical rainfall and climate extremes.

Beyond the IISc, the DST has also been funding a “geoengineering climate-modelling research programme” since 2013. The studies conducted under this programme (such as this and this), have probed the climate’s response to different solar geoengineering strategies.

“As a scientist, I think we should perform small-scale experiments. It is not very expensive,” Bala said.

That much is true. A study published last month estimated it would cost $3.5 billion to launch a working solar geoengineering programme, not just a test, by about 2030 and another $3 billion a year to maintain it.

But “any geoengineering research or implementation should be transparent,” Bala added. “The public should be informed and their concerns should be addressed.”

It’s not clear if such public engagement would be required under the Environment (Protection) Act 1986.

In fact, the path from the lab to the field isn’t clear anywhere, especially in a way that encompasses efforts from many parts of the world. There’s no global framework for research, experimentation and deployment of geoengineering strategies.

This has precipitated concern that developed countries, which have the bigger carbon footprints per capita, may initiate unilateral action towards geoengineering or use it to control climate patterns. There’s also the worry that “investments in research could build momentum down a slippery slope towards deployment” and, separately, the problem of “ascertaining intent”.

Also read: UAE Wants to Build a ‘Rainmaking Mountain’ – Are We All OK With That?

“Countries should now become more forthcoming about their positions [on] geoengineering,” he added. China, Germany, India, Japan, Norway, the UAE, the UK and the US have all entered the fray, and others are poised to. “Eventually, there should be mandatory state-to-state disclosure via a globally negotiated agreement to empower countries to make informed choices.”

Scientists could help by setting up a common repository of geoengineering data. Research that affects the whole world can’t afford to be siloised.

The DST also organised two meetings in 2017 and 2018, of policymakers and subject experts. They all recognised the need for a cohesive national geoengineering strategy.

Even if all these issues are resolved, the moral hazard lies in wait. Solar geoengineering doesn’t help reduce carbon emissions, and is founded on reckoning with the distressing possibility that reduction strategies won’t be enough. It puts our planet’s fate in the hands of a “carbon-sucking fairy godmother” with uncertain consequences. Then again, it’s not like we can take forever to decide either.

Surat Saravanan spent her PhD at the Tata Institute of Fundamental Research, Mumbai, peering down a microscope to understand how tissues create beautiful patterns. Currently, she writes about the science that catches her eye.