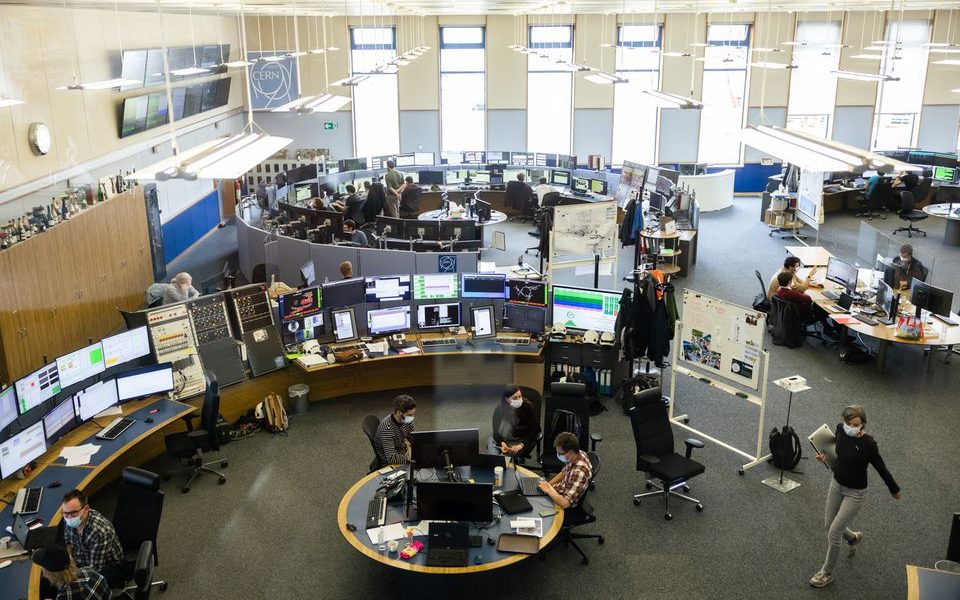 A view through a glass of people working in the European Organization for Nuclear Research (CERN) Control Centre in Meyrin near Geneva, Switzerland, April 13, 2022. Photo: Reuters/Pierre Albouy

Geneva: The scientific lab that’s home to the world’s largest atom-smasher says it plans to terminate all cooperation with Russia and Belarus over their roles in the war in Ukraine.

The announcement was made Friday, a day after CERN’s managing council made the decision.

In March, CERN suspended cooperation with the two countries over Russian President Vladimir Putin’s war in Ukraine, which included passage of Russian forces through Belarus for their invasion of Ukraine on Feb. 24.

Yesterday’s council’s decision confirms the strong condemnation of the invasion of Ukraine by the Russian Federation aided by Belarus, while leaving the door ajar for continued scientific collaboration should conditions allow in the future, said CERN director-general Fabiola Gianotti in a statement.

The scientific organisation said the council intends to terminate CERN’s cooperation agreements with Belarus and Russia when they expire, respectively in June and December 2024. CERN said it would monitor developments in Ukraine and remains prepared to take additional steps as warranted.

Such agreements usually run five years and are generally renewed unless there’s formal notification by one or both sides beforehand.

CERN, the historic acronym for what is now the European Organization for Nuclear Research, had grappled with its response to the invasion because nearly 7% of its 18,000-odd researchers from around the world were linked to Russian institutions before the war broke out.

The announcement comes as CERN’s Large Hadron Collider, the world’s largest and most powerful particle accelerator, is in the process of launching its third run this summer.

The machine propels particles through an underground, 27-kilometre (17-mile) ring of superconducting magnets in and around Geneva, generating science that can help elucidate mysteries like dark matter or the standard model of particle physics. Russian scientists have been involved in planning multiple experiments.