Going up a Mountain, Birds Are Diversifying More but Their Diversity Is Falling

A 'global' study characterising species richness has shown that it gradually declines with increase in altitude and that higher elevations are more prone to extinctions. 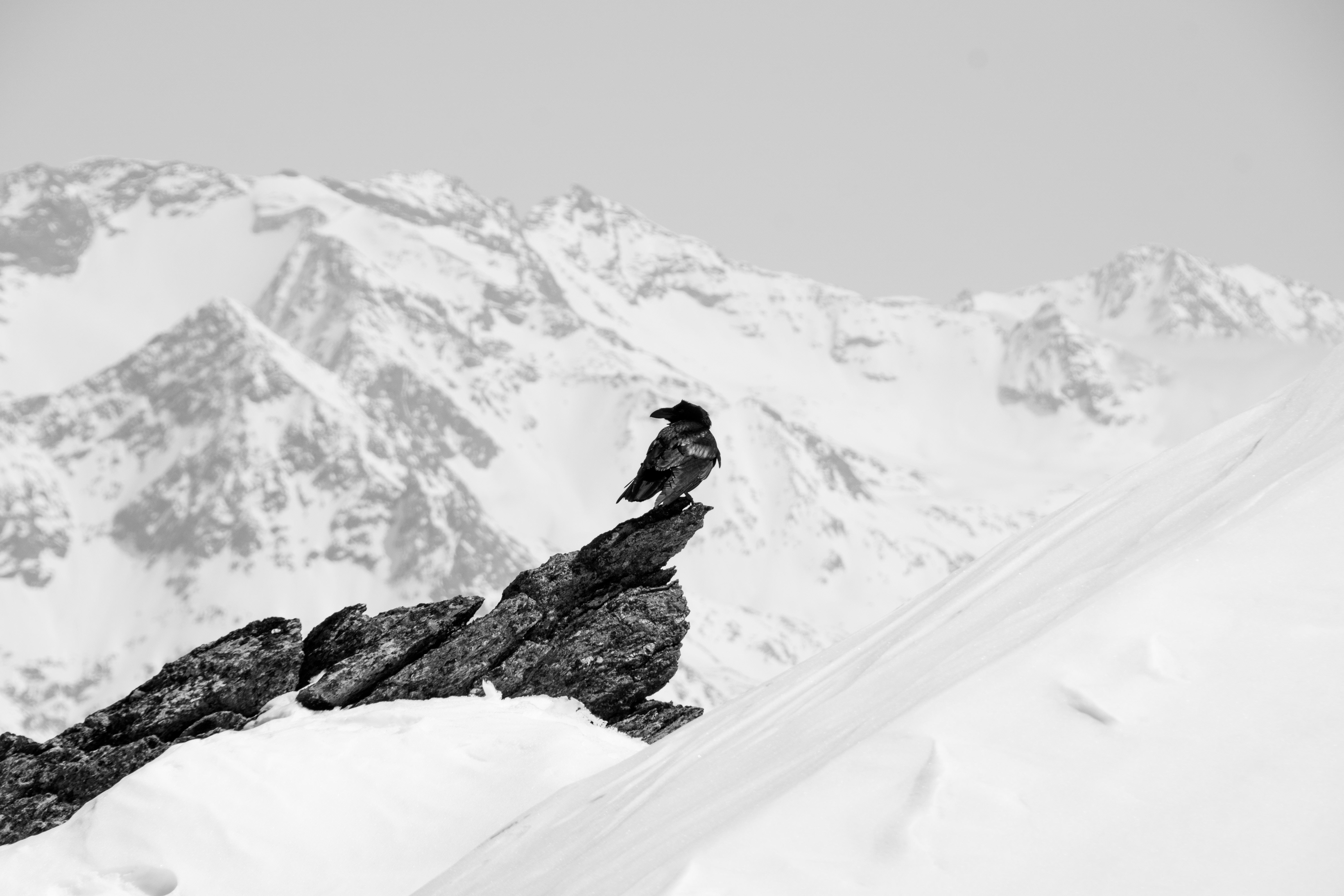 Scaling the formidable Chimborazo Mountain in the Ecuadorian Andes, Alexander von Humboldt, the German explorer and naturalist, observed something peculiar. The pool of plants found at the base of the mountain was regularly replaced by a fairly different set, only less diverse, while ascending to the peak.

These observations from the early 1800s now extend to a variety of taxa residing on mountains across the globe. But there’s a twist. In contrast to a consistent decline in species numbers, the diversity of birds, mammals, ants, amphibians and plants, in many cases, is at its maximum at the mid-altitudes. Beyond this, the species list begins to dwindle. Scientists recognise the decline as one of the most widely held patterns of species richness along mountains. But what drives this uneven distribution is a question that has eluded the scientific community for centuries.

By studying birds, scientists at the University of Yale, New Haven, now show that the inflated richness at the mid-altitudes can be attributed to species that occupy a wide geographic area. But this phenomenon collapses into a consistent decline when the over-represented range sizes are factored in.

At the same time, mountain tops, which are sites of low diversity, also happen to be sites of high species formation. This is possibly because these high elevation sites experience extremely harsh and fluctuating climatic conditions and hence frequent extinctions. These losses thus make way for new species to occupy niches that are now empty.

Species richness at any given location is the result of three key factors – the rate at which new species form, the rate at which extinctions happen and dispersal of species from other locations. By understanding how past and current environments influence these factors, biogeographers can gain a comprehensive understanding of what maintains patterns of species richness in space.

Mountain systems serve as natural laboratories to investigate such patterns and processes. Complex terrains, shrinking area due to the sheer shape of mountains, climate and habitat heterogeneity along its gradient, all stand to influence patterns of species richness. But unlike what’s seen on flatlands, these factors vary over much shorter distances on mountains. In addition to this, mountains act as physical barriers– isolating populations and fast-tracking evolutionary processes, which in turn allow for the development of new species.

Given that existing knowledge has mostly been informed by local-level studies of elevation transects and field surveys are limited in their ability to detect all species, arriving at general patterns for mountain systems has been complicated. “Our study is the first to overcome these idiosyncrasies and provide the first truly global characterisation of species richness along elevation in a major vertebrate group,” said Ignacio Quintero, PhD student at the University of Yale and lead author of the study.

Along with Walter Jetz, Professor of Ecology and Evolutionary Biology at the University of Yale, Quintero set out to integrate spatial and evolutionary information for as many as 8470 bird species found on 46 major mountain ranges across the globe. The spatial information included data on geographical distribution of species and extents of their elevation ranges. Using avian family trees, on the other hand, they could trace back the origin of each species and reconstruct evolutionary relationships between species that co-occur at any given location.

In contrast to using an approach where the world is represented in two dimensions i.e. as a flat surface, the duo took into account three-dimensionality of a mountain’s topography to estimate species communities. These 3D characteristics are important to factor in differences between mountains of different area, height and undulations.

“We collected region-specific information of elevation ranges (expected minimum and maximum elevation) for every bird species that occurs in mountainous systems across the world and integrated it with expert information of their presence along latitude and longitude,” Quintero told The Wire.

Widespread or range-restricted, each species gets equal weightage

Although patterns of bird diversity varied considerably between mountains, the overall diversity peaked at close to 1,000 metres. But some species had more influence than others in biasing these patterns. For example, the greater short-toed lark (Calandrella brachydactyla) that occurs all the way from 75 meters to 4575 meters along the Himalayan-Hindukush happens to be sampled across several assemblages, whereas the range-restricted Tibetan lark (Melanocorypha maxima), occurring only between 4300 and 4600 meters, would be sampled just once.

But how does one account for this differential contribution? Statistical subsampling was the answer. “This method allowed for each species to be represented equally when estimating spatial patterns and evolutionary processes,” explained Quintero. Essentially, by removing the influence of wide-ranging species, the researchers could determine any impact this may have had on the elevational pattern itself.

But what’s most interesting, and utterly surprising, is the find that rates of species formation are higher at these sites of low diversity. This contradicts the existing paradigm that higher speciation rates allow for the maintenance of greater diversity.

The duo suspected that these unexpected results may have something to do with past rates of climate change. They find that higher elevations are particularly vulnerable to large climatic fluctuations, which allow for enhanced species turnover. “Basically, species radiate rapidly, but the probability of persistence is low, opening space for other clades to diversify; a very dynamic evolutionary system that does not allow species to accumulate for a long time,” explained Quintero.

Robin Vijayan, an expert in evolutionary ecology and biogeography at the Indian Institute of Science Education and Research, Tirupati, told The Wire, “This is perhaps the most comprehensive analysis of elevational diversity.”

Although this study characterises species richness along mountains for a major vertebrate group, it is still to be seen if these results hold for other taxonomic groups. “The most significant element to take away is the appreciation that diversity on mountains is generated by complex interactions, and it is this montane diversity that is threatened by rapid anthropogenic climate change,” added Vijayan.

The study was published in the journal of Nature on February 21, 2018.

Priyanka Runwal is an ecologist and researcher affiliated with the National Centre for Biological Sciences, Bengaluru. She is interested in savanna and grassland ecosystems.