As 5G Rollout Nears, the Unending Debate Over Health Effects Is Back

Radio-wave exposure is non-ionising. However, whether continuous exposure could lead to more serious health effects is a question many researchers have asked – and the answers remain out of reach. 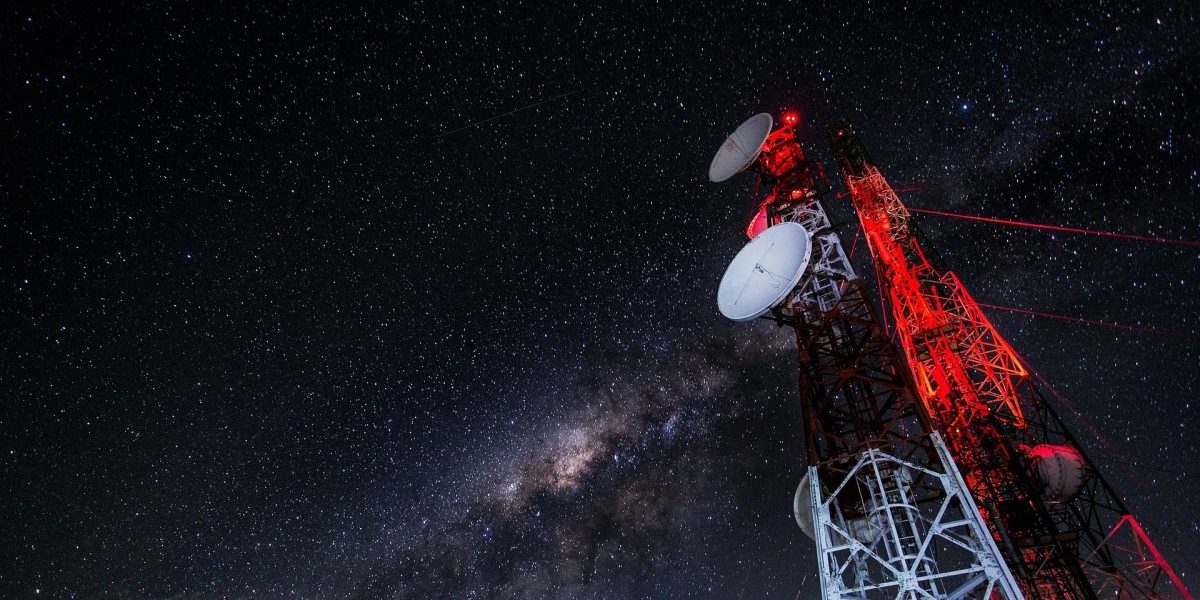 Affordable access to the fourth generation of wireless communication, or 4G, has had us hooked to our phones for a large part of the day. It’s our gateway to the news, entertainment and to commerce. But what’s coming next may change the way we interact with the internet forever. At transmission speeds of over 1 gigabit per second, 5G – the fifth generation of wireless communication – will be more than 20-times faster than 4G.

At these speeds, the concept called internet of things – where one internet-linked device can send and receive data from another such device – would become more workable. But to enable data traffic at this rate, telecom companies will have to change the way they send data.

But there’s a catch.

The millimetre-long radio waves that will do much of 5G’s bidding cannot travel over large distances. They will have to be intercepted and re-beamed after about every 500 metres. To do this, telecom companies plan to place several small antennas 500 metres apart, cramming them in close spatial quarters. This could expose us to radiation from more sources than before.

Unlike X-rays and ultraviolet radiation, radio-wave exposure is non-ionising. It doesn’t damage the DNA per se. However, some studies have shown that continuous exposure may cause small amounts of localised heating. Whether this could lead to more serious health effects is a question many researchers have asked – and the answers remain out of reach. A diagram of the electromagnetic spectrum and its basic attributes. Credit: Inductiveload/NASA, CC BY-SA 3.0

Few reports have shown a positive relationship between telephone use and cancer. However, there are as many studies that show no association between the two. “So far, the body of evidence is not large enough to say that the association is conclusive,” Manya Prasad, a senior resident at the All India Institute of Medical Sciences, New Delhi, told The Wire.

So does the absence of evidence mean evidence of absence? Usually not – but in healthcare, the attendant risks, including the risk of panic through misinformation and/or miscommunication, must be taken into account. As K.S. Parthasarathy, former secretary of the Atomic Energy Research Board, wrote in The Wire:

Unfortunately, less accurate and provocative media coverage of [nuanced studies] may excite raw emotions even as the perceived harm in this instance is more than the actual harm. Possible cancer induction by cellphone radiation concerns people. Anecdotal evidence and highly publicised litigations filed by persons claiming that cellphone radiation injured them fan the fire.

In 2016, when Prasad and his colleagues reviewed the existing literature, they found that many studies giving a clean chit to radio wave exposure had received funding from telecom companies. Beyond commenting on the robustness of the experiments themselves, this link makes the studies’ outcomes immediately suspect.

On the other hand, results from independent studies or those funded by the government pointed in a different direction, though not without having to field criticisms of being flawed in different ways. It appeared the claim that there was a small increase in the risk of cancer with telephone use or radio wave exposure was found to be somewhat statistically significant.

In these, the tumours were also found located in the neighbourhood of areas that were more exposed to radio waves.

The skeptics remain unconvinced. One of their arguments is that if there was an association, there should have been a surge in the incidence of brain tumours, and that is not the case. According to Prasad, “The long latency period for cancer development can explained this trend.” It could take 10-11 years to more than 20 years for the effects of radio wave exposure to percolate and manifest as tumours, he added.

But more importantly, the way we interact with technology changes over time and there is no way to backtrack exposure rates and carry out a systematic analysis. Brain cancers are also rare to begin with and that makes the associations difficult to map. In effect, both sides (excluding those who have sought to exploit this ambiguity for profit) have been able to point at studies and make certain claims, but neither side has conclusive proof yet.

There is a recurring problem with establishing causality with rare tumours: because the rate at which they occur is so low, the data is of low quality by default. For example, it took several decades to demonstrate the link between tobacco and lung cancer, another rare disease that takes many years to develop.

In 2011, the International Agency for Research in Cancer (IARC) categorised radio-wave magnetic fields as a possible carcinogen in humans. The IARC falls within the ambit of the World Health Organisation (WHO), and conducts research to establish if a given environmental agent can cause cancer. But the way it does that is by assessing if the agent is hazardous and not by assessing the risk. In other words, the IARC examines whether the agent is damaging, not what the amount of damage could be.

So at present, cellphone radiation is listed under category 2B. As Aju Mathew, an oncologist, wrote in The Wire earlier, “2B [substances] include agents for which there is insufficient evidence of carcinogenicity in animals and limited or inadequate evidence in humans.”

This classification followed INTERPHONE, a large study organised by the WHO to look into the potential health risks of mobile phone use. It covered data from 13 countries and concluded in 2010 that making calls for more than half an hour a day for more than 10 years could increase users’ risk of developing brain cancer by as much as 40%.

However, scientists who participated in the study told CNN at the time that “there is not enough evidence to show a causal connection, and the group of participants using their phones this much was relatively small.” The article further clarified that, “In regular mobile phone users, the study found that phone radiation exposure actually decreased the likelihood of tumours, although this ‘protective’ effect may have resulted from limitations in the study, the authors wrote.”

The single most comprehensive long-term study that investigated the radiation-cancer link was undertaken by the US National Toxicology Program (NTP). In the NTP study, which released data in 2016, scientists exposed mice and rats to nine hours of radiation each day since before they were born until they were two years old.

A small percentage of male rats exposed to radiation developed brain cancers (2-3%) and schwannomas in the heart (5-7%). However, these effects were found only at extremely high radiation doses – far in excess of the amount of radiation humans are exposed to through cell-phone use.

Additional research will be needed to translate effects at these high doses to what might be expected at the much lower doses received by typical or even high-end cellphone users. Also, cell phone technology continues to evolve, and with each new generation, transmission strengths have declined and with it radio frequency exposures.

Indeed, the scientists had exposed the rodents to radio frequencies typically used for 2G and 3G communication, since these networks were prevalent in the US at the time.

Much of the latest research examines 3G and 4G radiation exposure in the context of health and may not be a good proxy for extrapolating the results to 5G.

But to make matters difficult, all of the world’s major economies are racing to embrace 5G with little transparency over whether the attendant radiation levels pose any threats to any lifeform. Citing a lack of information, Céline Fremault, the environment minister of Belgium, halted a pilot project meant to provide high-speed internet in the Brussels area. “I cannot welcome such technology if the radiation standards, which must protect the citizen, are not respected, 5G or not,” Fremault told The Brussels Times.

India has one of the strictest standards for radiation exposure – about one-tenth of the levels deemed safe worldwide – but the question is if they will be maintained as it adopts 5G wireless communications. The Telecommunications Engineering Centre develops and sets the radiation exposure standards, but it has not spoken out about how stringent it will continue to be or whether it even plans to test the safety of 5G networks within the country before rollout.

Choosing to shift to 5G without prior research may have other repercussions as well, although they are supported by different levels of evidence.

Because radio-frequency electromagnetic fields can penetrate the body, they can dissipate their energy as heat. In this way, some have speculated that 5G could cause enhanced body-heating in insects. However, Arno Thielens, a postdoctoral fellow at the Department of Information Technology, Ghent University, Belgium, said, “I would not go as far as to say that this raises concerns.” He is currently working on the first study of the effects of 5G exposure in insects.

Another concern is that 5G may interfere with weather forecasting. With technology in place to shift to higher frequency radio waves, the US Federal Communications Commission has already begun auctioning licenses to operate at the 24 GHz frequency. Weather-monitoring satellites use the same frequency to track the distribution of moisture in the atmosphere, using which scientists can predict the trajectory of a storm days in advance.

While there are other ways to measure moisture, removing satellite-based methods from the picture could drag the data precision down by 17%. Scientists from NASA discussed this at length at an American Meteorological Society meeting held this January.

In all, the debate over 5G’s pros and cons is far from over. Thielens suggested that, “as effects are demonstrated, network operators can choose to take them into account when they operate 5G” – and perhaps herein lies the rub. It is important that network operators and the regulatory agencies behind them are transparent about their decision-making factors as they implement 5G.

If they are not – as is likely given past experiences, although the Telecom Regulatory Authority of India has issued public advisories and information papers – it would be imperative to keep profit-mongers and sensationalists from swooping in for a self-injurious kill.