Anna Mani, a Pioneer Who Changed the Way We Gauge Weather

The physicist and meteorologist, who was born on this date a century ago, is also known as the 'weather woman of India'. 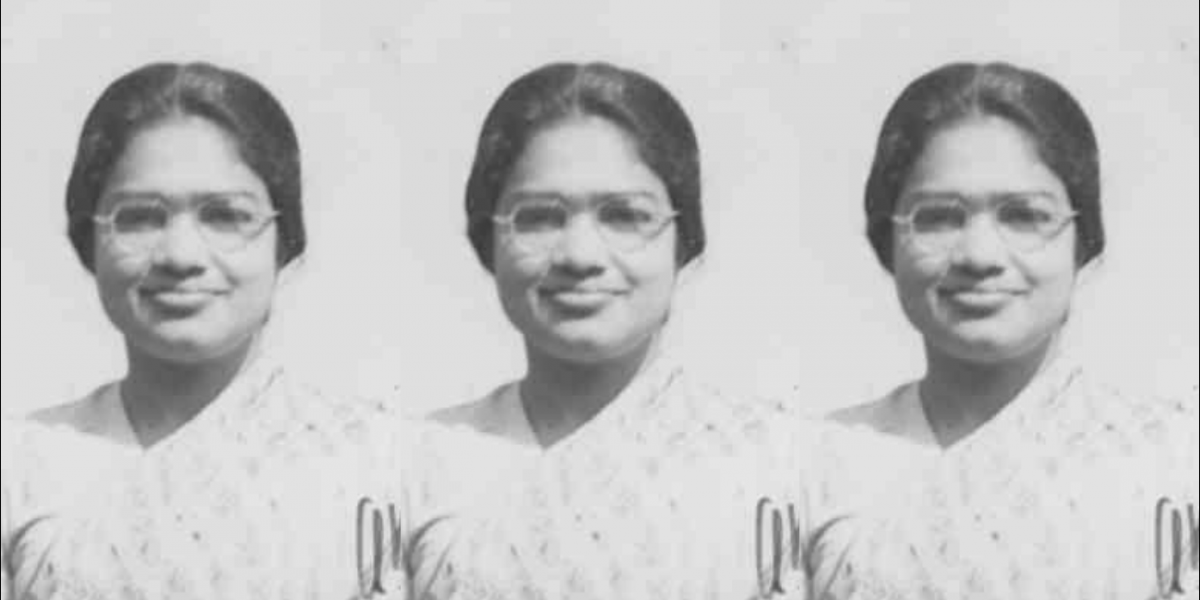 As India and the world debate a severe underrepresentation of girls and women in science, the story of Anna Mani, a pioneering woman scientist from India, should not be left out of the discussion.

Born on August 23, 1918, in a Syrian Christian family in Travancore, Anna Modayil Mani was a physicist and a meteorologist who, on the steam of her successful and significant contributions in the field of meteorology, eventually went on to become the deputy director general of the Indian Meteorological Department. Her contributions changed the way India gauges weather; she even helped lay the ground “for harnessing solar and wind power as alternative sources of energy”.

Mani’s father, a civil engineer who owned large cardamom estates in the region, pushed his sons hard when it came to scientific research and study. Mani, as the story goes, was supposed to conform to basic gender roles and be groomed for marriage. Instead, she spent years immersed in books and decided to forge her own path.

A book on Mani written by Nandita Jayaraj and illustrated by Priya Kuriyan, called Anna’s Extraordinary Experiments with the Weather, was released recently by Pratham Books and is available online for free. The authors draw on an essay entitled ‘Lilavati’s Daughters’ written by Abha Sur, a science historian from the Massachusetts Institute of Technology.

“The Mani family was a typical upper-class professional household where from childhood the male children were groomed for high-level careers, whereas the daughters were primed for marriage. But Anna Mani would have none of it. Her formative years were spent engrossed in books,” Sur wrote in her essay.

Initially, Mani wanted to pursue medicine but later decided to study physics, and enrolled in the honours programme at the Presidency College, Madras. Mani then started her research career at the Indian Institute of Science, Bengaluru, under the supervision of C.V. Raman.

According to a profile on the website of the Ministry of Science and Technology, her work on the spectroscopy of diamonds and rubies resulted in five research papers and a PhD dissertation. But as Mani did not have a master’s degree in hand at that point, she was refused a PhD.

But on the basis of her dissertation, she was awarded a scholarship for an internship in England, which she left for on a troop ship in 1945. At the Imperial College London, she intended to study physics but since no internship was available except for in a course on meteorological instrumentation, she began to study the field that would eventually cement her legacy.

Mani returned to India in 1948 and joined the India Meteorological Department, Pune. It was there that she “standardised the drawings of about 100 weather related instruments for production. She also set up monitoring stations across the country to monitor solar radiations, to help India harness solar energy. She also oversaw the design and manufacture of many radiation instruments”.

That was when the IMD kickstarted a programme to design weather instruments. With Mani on board, the project took off. Apparently Mani’s motto was “Wrong measurements are worse than no measurements at all.” 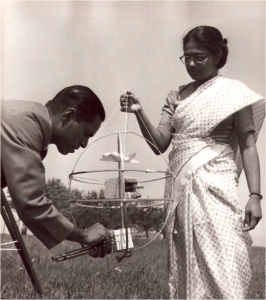 Mani and a colleague work on a radiosonde, a balloon-borne weather-measuring equipment. Credit: World Meteorological Organization

In 1960, Mani started her work on measuring atmospheric ozone and then later set up a meteorological observatory at the Thumba rocket launching facility.

The scientist also published a number of papers on subjects ranging from atmospheric ozone to the need for international instrument comparisons and national standardisation. In 1976, she retired as deputy director general of the meteorological department and returned as a visiting professor to the Raman Research Institute, Bengaluru for three years. She later even set up a millimetre-wave telescope at Nandi Hills, near the city.

During the 1980s, after publishing two books that are considered to be standard reference texts for budding scientists – the Handbook of Solar Radiation Data for India and Solar Radiation over India – Mani started a company that made precision instruments to measure solar radiation and wind speed. She also worked on projects that looked to harness the power of wind energy.

“I should be most unhappy to wake up without the prospect of some work to do,” she said in a 1991 interview in the World Meteorological Organisation bulletin. “But when I have done it, I enjoy reading and listening to music.”

Mani never married and, after suffering a stroke in 1996, died on August 16, 2001, in Thiruvananthapuram.