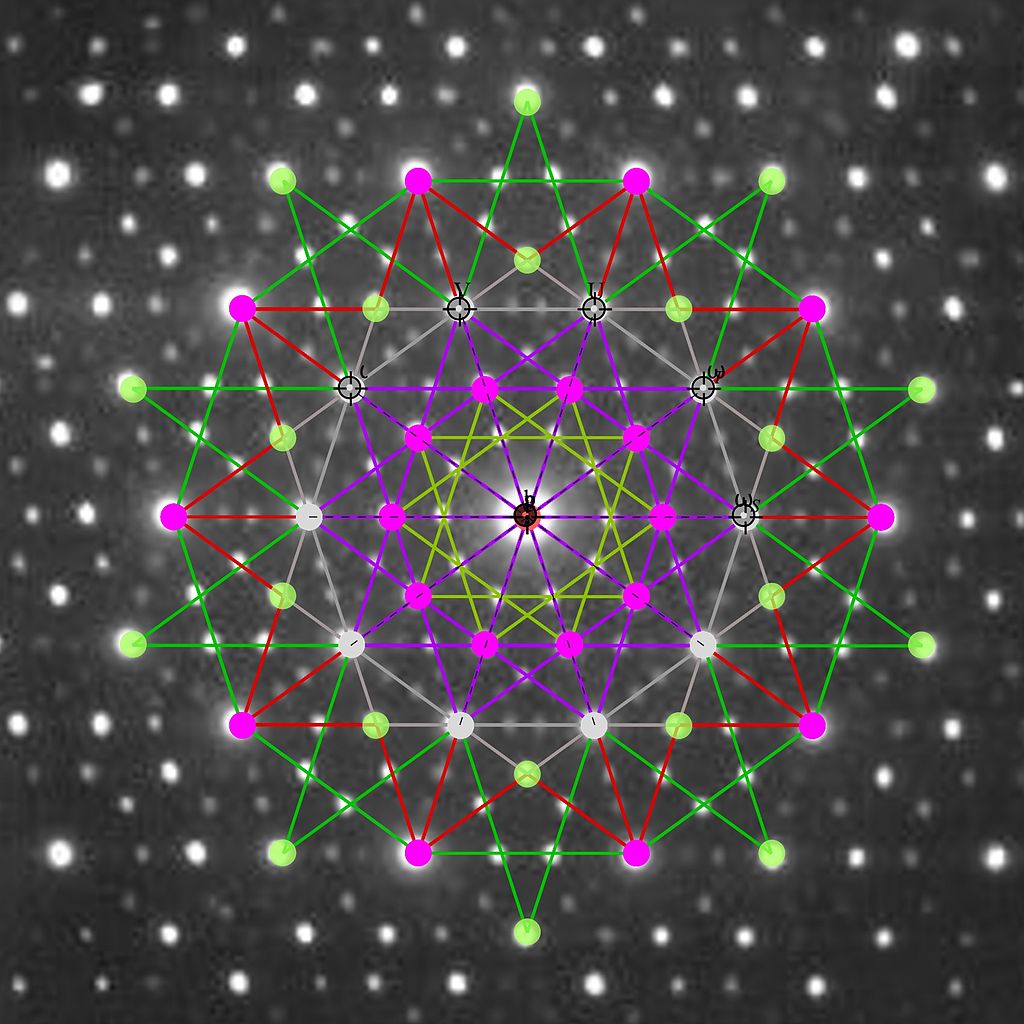 Lakshmi Supriya
The Sciences
08/May/2018

In the 1980s, a new type of material was discovered. It upended the definition of a crystalline material because its atoms were arranged in a strange, non-repeating manner that was also not entirely chaotic. Such a pattern hadn’t yet been observed at the time, and won its discoverer Dan Shechtman a Nobel Prize in 2011. These materials have been called quasicrystals. In the last three decades, they have been found to have unique but not unusual properties – that is, until earlier this year.

In January, Japanese researchers reported that an alloy of three metals becomes a superconductor when cooled to an extremely low temperature. The alloy is a quasicrystal. As a result, for the first time, scientists have established that superconductivity occurs in all three broad types of solids, the other two being crystals and amorphous solids.

Superconductivity, the state when the electrical resistance of a material becomes zero, was discovered about a century ago by the Dutch physicist Heike Kamerlingh Onnes. He had been engaged in making liquid helium, achieving what was then the coldest temperature on Earth of about 1.5 K. He simultaneously began investigating how metals would behave at such frigid temperatures, and found something extraordinary. Mercury, when dunked in liquid helium, lost all its electrical resistance and became a superconductor.

Today, superconductors are used in many common applications, including in magnetic resonance imaging, mass spectrometers and particle accelerators.

The atoms of a quasicrystal are arranged such that their arrangement in space follows specific rules – yet such that the pattern of arrangement doesn’t repeat itself from one place to the other. 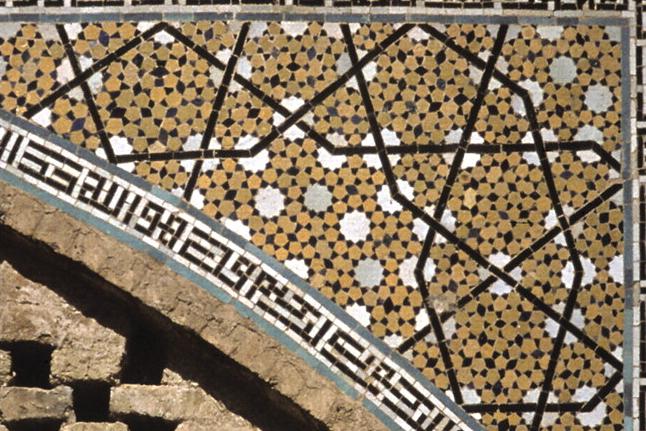 Girih-tile subdivision found in the decagonal girih pattern on a spandrel from the Darb-e Imam shrine. Caption and credit: Wikimedia Commons

Mathematicians had elucidated such patterns in the 1960s; they can also be seen in medieval Islamic mosaics, such as at the shire of Darb-e Imam in Isfahan, Iran. However, it wasn’t until Shechtman discovered quasicrystals in 1982 that they had been observed in any materials. That they had forced scientists to change the definition of a crystal from a material having an ordered structure to one that had an ordered and a periodic structure.

They noticed that when they kept the magnesium content constant while changing the aluminium content, the alloy’s critical temperature kept decreasing, from about 0.8 K to about 0.2 K.

“However, at 15% aluminium, the alloy transformed into a quasicrystal, and the critical temperature plummeted to about 0.05 K,” Keisuke Kamiya the lead author of the study and a physicist formerly at Nagoya University in Japan, where the research was performed, said in a statement.

“A quasicrystal is in between an amorphous and periodic crystal, so the fact that it has become superconducting is not surprising,” Ganapathy Baskaran, a condensed matter physicist at the Institute of Mathematical Sciences, Chennai, told The Wire. He pointed out that a study published 12 months before the Japanese team’s was had found that quasicrystals could be superconductors at very low temperatures in theory.

But Srinivasa Ranganathan is much less muted. An emeritus professor at the Indian Institute of Science, Bengaluru, and a noted expert on quasicrystals, Ranganathan thinks the discovery was “totally unexpected.” Although the Al-Mg-Zn alloy’s critical temperature is very low, “it is a scientific revolution to find superconductivity in a quasicrystal,” he told The Wire. He thinks a new type of superconductivity could be lurking in the alloy’s bulk – something the researchers also speculate.

In the same vein, Baskaran thinks the really interesting thing now is whether quasicrystals will bring any special advantages to being a superconductor given their unique mechanical properties. For example, they are very resistant to heat and corrosion.

Ranganathan says there aren’t many applications for quasicrystals at the moment. “They are very brittle and very strong”; this limits their application as they can break easily. They have been used as non-stick coatings for frying pans because of its high wear resistance and nonstick property.

An animated example of a fractal, in this case the fractal corresponding to the Mandelbrot set. Credit: Wikimedia Commons

As an electron moves in a solid, it causes small movements in the atoms of the crystalline lattice around it. These movements, collectively called phonons, create a slightly positive charge around themselves, which in turn attracts an electron. Effectively, an electron has attracted another electron by virtue of the arrangement of atoms around it. Materials that host such arrangements are called superconductors. The electrons link up to form a Cooper pair and coalesce into a quantum state called the Bose-Einstein condensate. At a very low temperature, in the absence of any heat to ‘kick’ these Cooper pairs out of their fugue, they move in perfect harmony – like a fluid, without any friction, carrying electric charge around the material without stopping or dissipating.

In quasicrystals, however, this ‘conventional’ theory does not apply because the atomic lattice is not periodic. B.S. Murty, a professor at IIT Madras who studies the structures of metals and alloys, said that the Japanese discovery does not mean all quasicrystals will show superconductivity. “If I look at it, it is only incidental that [the alloy] is a quasicrystal,” he said. Perhaps the alloy has some features at the atomic level that allow it to become a superconductor.

The Japanese team thinks Cooper pairs are indeed involved but that the pairs are held together by a weak coupling, not the more commonly observed strong one. “It’s interesting that the superconductivity of this alloy was not linked to its quasicrystallinity, but resembled that in so-called dirty crystals,” Noriaki K. Sato, a materials scientist at Nagoya University and one of the team members, said in a statement. Dirty crystals are imperfect crystals or crystals that contain impurities.

“However, the theory of quasicrystals also predicts another form of superconductivity, based on fractal geometry in quasicrystals,” he added. Researchers trying to elucidate the mechanism of high-temperature superconductivity have found that some materials have a fractal structure, an atomic arrangement that has the same pattern at both small and large scales, and speculated that this could help keep the Cooper pairs stable at higher temperatures.

“We believe there is a strong possibility that fractal superconductivity makes at least some contribution, and we would be excited to finally measure it,” Sato concluded.