A Century of the Proton

Only 100 years after the proton was first sussed out, particle physics itself looks very different from the way it did then, and a large part of the transformation can be attributed, one way or another, to the proton. 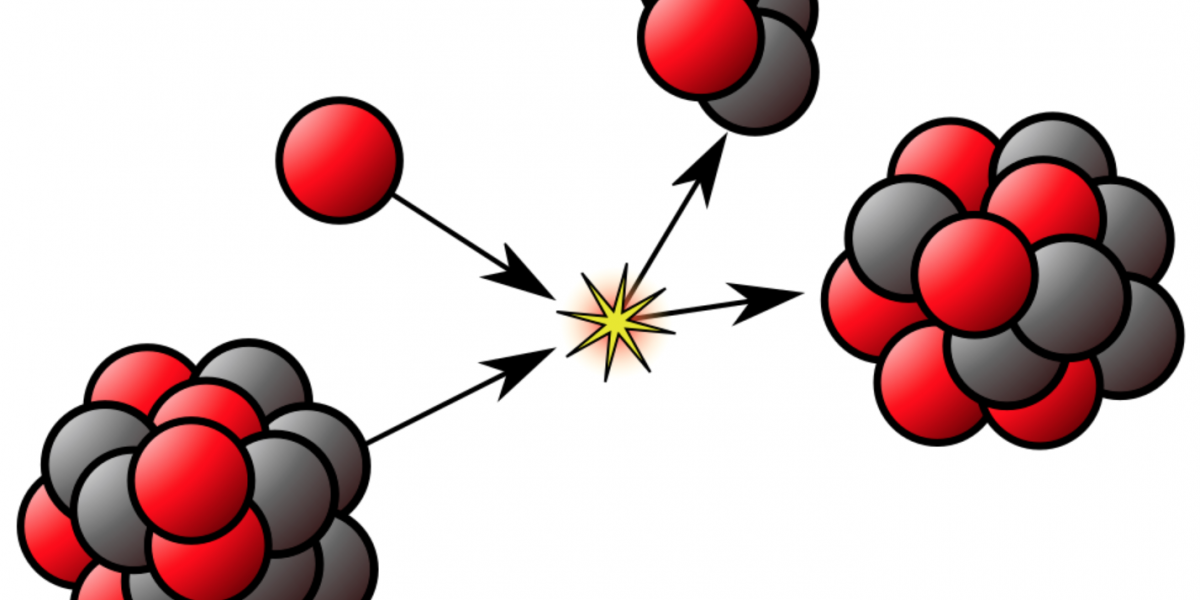 Vasudevan Mukunth
The Sciences
23/May/2019

In 1907, a New Zealander named Ernest Rutherford moved from McGill University in Canada to the University of Manchester. There, he conducted a series of experiments where he fired alpha particles at different materials. When he found that the beams deviated by about 2º when fired through air, he figured that the atomic constituents of air would have to have electric fields as strong as 100 million volts per cm to explain the effect. Over the next decade, Rutherford – together with the help of Hans Geiger and Ernest Marsden – would conduct more experiments that ultimately resulted in a very important result in the history of physics: that the atom was not indivisible after all.

In the last year of the 19th century and the first year of the 20th, Rutherford, and Paul Villard, had independently isolated and classified radiation into three types: alpha, beta and gamma. Their deeper constituents (as we know them today) weren’t known until much later, and Rutherford played an important role in establishing what they were. By 1911, he had determined that the atomic had a nucleus that occupied 0.1% of the total volume but contained all the positive charge – known today as the famous Rutherford model of the atom. In 1914, he returned to Australia on a lecture tour and didn’t return to the UK until 1915, after the start of World War I. Wartime activities would delay his studies for two more years, and he could devote his attention to the atom once more only in 1917.

That year, he found that when he bombarded different materials with alpha particles, certain long-range recoil particles called “H-particles” (a term coined by Marsden in 1913) were produced, more so when nitrogen gas was also present. This finding led him to conclude that an alpha particle could have penetrated the nucleus of a nitrogen atom and knocked out a hydrogen nucleus, in turn supporting the view that the nuclei of larger atoms also included hydrogen nuclei. The hydrogen nucleus is nothing but the proton. Rutherford couldn’t publish his papers on this finding until 1919, after the war had ended. He would go on to coin the term ‘proton’ in 1920.

Interestingly, in 1901, Rutherford had participated in a debate, speaking in favour of the possibility that the atom was made up of smaller things, a controversial subject at the time. (His ‘opponent’ was Frederick Soddy, the chemist who ascertained the existence of isotopes and with whom Rutherford enjoyed a short but productive collaboration.) It is highly unlikely he could have anticipated that, only three or so decades later, people would begin to suspect that the proton itself was made up of smaller particles.

By the early 1960s, studies of cosmic rays and their interactions with matter indicated that the universe was made of much more than just the basic subatomic pieces. In fact, there was such a profuse number of particles that the idea that there could be a hitherto unknown organisational principle consisting of fewer smaller particles was tempting, albeit only to a few. In 1964, Murray Gell-Mann and George Zweig independently proposed such a system, claiming that many of the particles could in fact be composed of smaller entities called quarks. By 1965, and with the help of Sheldon Glashow and James Bjorken, the quark model could explain the existence of a variety of particles as well as some other physical phenomena, strengthening their case.

Then, in a series of seminal experiments that began in the late 1960s, scientists at the Stanford Linear Accelerator Center (now the SLAC National Accelerator Laboratory) began to do what Rutherford had done half a century prior: smash a smaller particle into a larger one with enough energy for the latter to reveal its secrets. Specifically, physicists used the linear accelerator at the SLAC to energise electrons to about 21-times the energy contained by a proton at rest, and smash them into protons. The results were particularly surprising.

A popular way to study particles, then as well as now, has been to beam a smaller particle at a larger one and scrutinise the collision for information about the larger particle. In this setup, physicists expect that greater the energy of the probing particle, the greater the resolution at which the larger particle will be probed. However, this relationship fails with protons because of a feature called scaling: electrons at higher and higher energies don’t reveal more and more about the proton. This is because, at energies beyond a certain threshold, the proton begins to resemble a collection of point-like entities, and the electron’s interaction with the proton is reduced to its interactions with these entities, independent of its own energy.

The SLAC experiments thus revealed that the proton was indeed made up of smaller entities called quarks, of two types – or flavours – called up and down. Gell-Mann and Zweig had proposed the existence of up, down and strange quarks, and Glashow and Bjorken of the charm quark. By the 1970s, other physicists had proposed the existence of bottom and top quarks, discovered in 1977 and 1995, respectively. With that, the quark model was complete. More importantly for our story, it also made a complete mess of the proton – literally.

In the 1970s, scientists began to use neutrinos as probing particles to elicit information about the distribution of quarks inside protons, supported by more precise data from other tests with electrons in the US and Germany and with muons at CERN. They found that a proton in fact contained three free quarks in a veritable lake of quark-antiquark pairs, as well as that the sum of all their momenta didn’t add up to the total momentum of a proton. This hinted at the presence of another then-unknown particle that they called the gluon (which is its own mess).

In that decade, particle physicists began to build the theoretical framework called quantum chromodynamics (QCD), to explain the lives and workings of the six flavours of quarks and antiquarks and eight gluons – all particles governed by the strong nuclear force.

Ninety years after Rutherford announced the discovery of the proton by shooting alpha particles through slices of mica and columns of air, scientists switched the world’s largest physics experiment – the Large Hadron Collider – on to study the fundamental constituents of reality by smashing protons into other protons. Using it, they have proved that the Higgs boson is real as well as have studied intricate processes with insights into the very-early universe and have pursued answers to questions that continue to baffle physicists.

Through all this, scientists have endeavoured to improve our understanding of QCD, especially by studying how quarks, antiquarks and gluons interact during a collision, knowledge that is crucial to ascertain the existence of new particles and deepen our understanding of the subatomic world. Physicists have also been using collider experiments to examine the properties of exotic forms of matter, such as glasma, quark-gluon plasma and colour glass condensates; narrow the search for proposed particles to explain some basal discrepancies in the Standard Model of particle physics; make precision measurements of the proton’s properties for its implications for other particles (such as this and this); and explore unsolved problems concerning the proton (like the spin crisis).

And fully – rather only – 100 years after the proton was first sussed out, particle physics itself looks very different from the way it did in Rutherford’s time, and a large part of the transformation can be attributed, one way or another, to the proton. Today, physicists pursue other, very different particles, dream of building even larger proton-smashing machines and are busy knitting together theories that describe a world much smaller than the one of quarks and gluons. It’s a different world of different mysteries, as it should be, but it’s also great that there are mysteries at all.