A Brief History of Black Holes

Black hole research started off as a purely theoretical exercise and slowly developed into a minefield of important findings in astrophysics and cosmology. 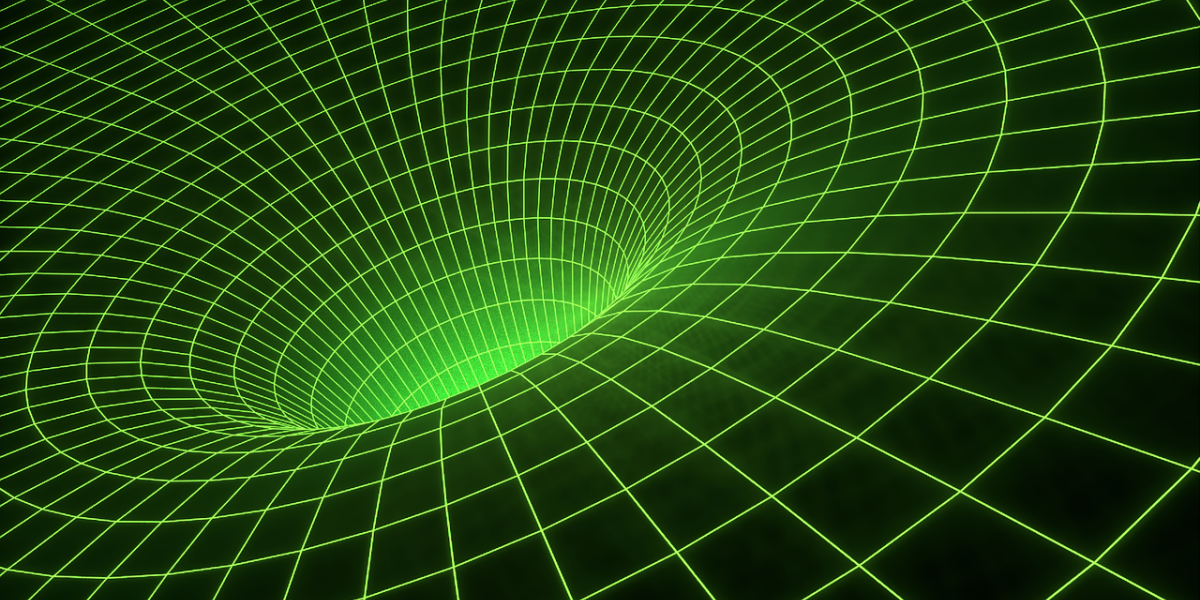 That we share such an intimate relationship with black holes has only recently entered common knowledge. Credit: JohnsonMartin/pixabay

Black holes are among the most awe-inspiring objects in the universe. They represent a kind of cosmic duality by actively destroying as well as creating some of the largest galaxies in the cosmos. One such black hole is responsible for our Solar System’s existence and – by extension – ours.

That we share such an intimate relationship with black holes has only recently entered common knowledge. In fact, for a long time, black holes remained a mathematical oddity that few believed had any basis in reality. If scientists ushering in the era of quantum mechanics and relativity had a tough time swallowing the black hole pill, it is not entirely surprising that when John Michell and Pierre-Simon Laplace introduced the idea in the late 1700s, it simply fell flat.

Michell, a fellow of the Royal Society in London, wondered if the gravitational pull of a massive star could be powerful enough to slow particles of light emanating from it – perhaps to such an extent that they couldn’t escape it at all. Laplace, a decorated mathematician himself, arrived at the possibility of such stars independently a few years later.

We now know that light cannot be slowed down no matter how strongly gravity tugs at it. So tantalising as their proposals were, they were far too radical for their days, and black holes remained buried in obscurity, both in the universe and in our scientific texts. This changed when Albert Einstein’s general theory of relativity signalled a new and improved way of looking at the universe.

Also read: Beyond the Surface of Einstein’s Relativity Lay a Chimerical Geometry

But 10 years before the general theory was unveiled, there was the foundational special theory of relativity. And its foundations were in turn laid by mathematicians around the world, whose contributions Einstein built upon to create his overarching theory. If we understand space and time to be combined as one entity called spacetime, as special relativity requires, it’s because of the work of Georg Bernhard Riemann, Hermann Minkowski, Marcel Grossmann, Tullio Levi-Civita, Gregorio Ricci-Curbastro and David Hilbert, among others.

When he revealed his general theory 1915, Einstein had effectively found a way to marry gravity with the special version of the theory, providing an elegant way to describe the motions and machinations of massive objects in our universe. However, he wasn’t very interested in studying the particular solutions of these equations, each of which could reveal different types of such objects.

But someone else was. A few months after Einstein’s landmark publication, Karl Schwarzchild, a German physicist, provided the first exact solution of these equations. And this solution suggested the possibility of a so-called ‘mathematical singularity’. Schwarzschild had predicted that if an object of a given mass was compressed to a certain radius – i.e. made dense enough – it would continue to shrink and inevitably collapse into itself. Any mass that fell within that radius would be captured by the body. Today, that radius is known as the Schwarzschild radius and the boundary it demarcates is called the event horizon.

Einstein wasn’t convinced of this solution and used his own theory to try and disprove Schwarzschild’s results. The paper was published in 1939 but it has largely been forgotten. Schwarzschild himself dismissed his findings as having no practical relevance, claiming that the pressure gradients required to compress a body beyond its Schwarzschild radius couldn’t be realised in nature.

When Sun-like stars run out of hydrogen to fuse, they go through a series of transformations leading up to one stage called the white dwarf. White dwarfs are extremely dense objects, nearing the sort of density required to make a black hole. Arthur Eddington, a famous figure in physics in the early 1900s, proposed that stars imploding due to their own gravity pack fundamental particles like electrons into denser and denser arrangements. This packing, he claimed, would exert a counter-pressure to gravity and prevent the white dwarf from fully collapsing into a black hole.

His proposal was challenged by Chandrasekhar, his own student, whose calculations suggested there was a limit on how massive such stars can be to sustain this delicate pressure balance. This has been called the Chandrasekhar limit. (While his work is celebrated today, Chandrasekhar’s disagreement with Eddington affected him very much.)

In 1939, Robert Oppenheimer and Hartland Snyder built on the work of Chandrasekhar, Fritz Zwicky and Lev Landau to introduce the first theory of black holes that incorporated general relativity, which had by then become the gold standard for all things cosmological. However, their paper also sank without a trace, likely because of the ominous timing: Germany had just invaded Poland.

Oppenheimer himself never returned to the subject of black holes and Einstein also didn’t put much thought to it. In fact, he remained largely disinterested in research on black holes even as every new discovery and experimental triumph hailed his name.

But in the early 1950s, the subject experienced a surge. John Wheeler, a physicist at Princeton University, was the leading relativist of that era. He is often credited with coining the term ‘black hole’ to refer to the gravitational singularity that Schwarzschild had spotted in the math. However, he is better known for having taught and supervised the work of many notable future physicists, including Richard Feynman and Kip Thorne.

Also read: Why Does the Black Hole Picture Look the Way It Does?

In the same decade, Dennis Sciama set up camp at Cambridge University as a modern practitioner of the general theory. His student Stephen Hawking and the mathematical physicist Roger Penrose made significant leaps towards understanding the microscopic structure of black holes.

For example, what made Hawking a champion of relativity and quantum mechanics was his result on black hole evaporation. He showed that black holes continuously leak electromagnetic radiation, proving that for all their gargantuan power, they (very) slowly dissipate and die. An equation from his theory was recently inscribed on a coin in the United Kingdom, a hat-tip also to how black holes have moved from the scientific fringes towards mainstream acceptance.

While these are among the most famous people to have studied black holes in one way or another, there are a few that are frequently and undeserving overlooked as well. One of the latter is Roy Kerr, who in 1963 developed an exact solution for Einstein’s equations that predicted the existence of spinning black holes. Another name is that of C. V. Vishveshwara, whose calculations were pivotal to advancing the experimental observation of gravitational waves.

Black hole research started off as a purely theoretical exercise and slowly developed into a minefield of important findings in astrophysics and cosmology. Its saga is proof that dogged mathematical pursuit with no obvious physical relevance at first can often lead to very physical results of great import.

Moreover, as objects of endless power and mystery, black holes have also been used as plot devices in popular fiction since the 1950s. Arthur C. Clarke, Brian W. Aldiss and Frederik Pohl. Star Trek and Doctor Who incorporated it, as more recently did Christopher Nolan, to great effect, in his 2014 sci-fi epic Interstellar. Countless artists have conjured images of what it would look like when a black hole swallows an entire world.

This aesthetic realisation is a direct consequence of scientists knowing as much as they do today about black holes, with new details often elicited from ‘Earth-sized’ telescopes and supercomputer simulations. In fact, their own findings are often sights to behold: two black holes orbiting each other on a collision course; a black hole emitting a relativistic jet billions of kilometres into space; and an accretion disk lighting up a carnival of energy and dust.

Then again, because a black hole represents one extreme of the natural universe, it would be unreasonable to expect that it itself isn’t distorting what we’re seeing of it. On this count, perhaps the most interesting image was published by a physicist named Jean-Pierre Luminet in 1979.

Luminet didn’t use an artist; instead, he created the first ever simulation on what was at the time about black holes. And his results as well as the image obtained by the Event Horizon Telescope look remarkably similar. One was created based on brute-force calculations of equations that we believe represent our classical world in the most accurate fashion. The other – recorded somewhat like our eyes record reality – used both classical and quantum mechanics 40 years later.

That the outcomes of both exercises closely resembled each other is testament to the scientific process as much as our tenacity when it comes to making sense of the universe. For over a century, we have probed a concept that has tested the limits of both nature and science, and have come away with something meaningful. It’s hard not to be romantic about that.