14 Years After a Monster Tsunami, What Do We Know of the Quake That Caused It?

Efforts to fully characterise the sequence of events on that fateful day have brought scientists closer to predicting such hazards well in advance. 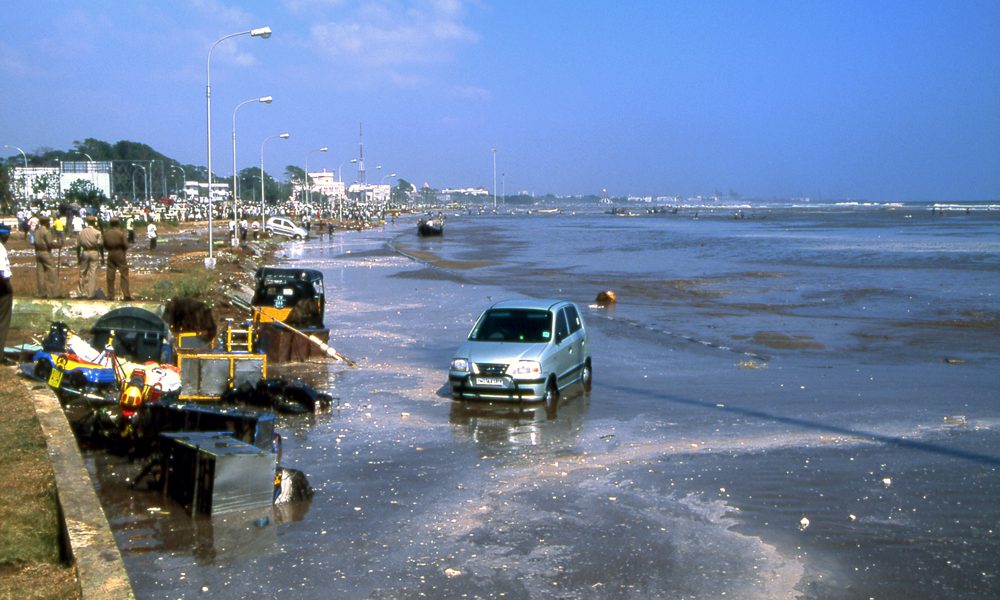 The Marina beach in Chennai after the 2004 tsunami. Credit: Kotoviski/Wikimedia Commons, CC BY-SA 3.0

The Indian Ocean tsunami 14 years ago, on the morning after Christmas, was massive by any contemporary standard. The M9.3 earthquake that caused it emanated from a point near the west coast of Sumatra. It moved the seafloor by 10-20 m vertically and displaced trillions of tonnes of undersea rock, rippling through the 1,000-km-long Andaman plate boundary. The tsunami created as a result slammed into the coasts of 11 countries, from east Africa to Thailand, killing over 200,000 people.

Notwithstanding the several minutes to several hours between the quake and the tsunami reaching the costs, coastal communities were caught completely by surprise. There were no tsunami warning systems in place. There wasn’t any social memory of previous tsunamis preserved in the community psyche either; that might have helped deal with such disastrous situations.

As yet another anniversary of the episode dawns, let’s take stock of what we have achieved in terms of understanding large earthquakes and tsunamis in the Indian Ocean.

The 2004 disaster was considered unprecedented at the time – in its magnitude as well as transoceanic reach. Except for some isolated voices, the international research community had failed to anticipate such power lurking along India’s eastern seaboard.

The region has since witnessed many technological advances. The authorities have deployed offshore and deep ocean tsunami-observation systems, becoming able to issue early tsunamis warnings. The Indian National Centre for Ocean Information Services, with inputs from the India Meteorological Department, now tracks realtime quake data from a seismic network in the region.

In the same vein, the last 14 years have also been scientifically productive. During the last decade, many studies have endeavoured to understand the 2004 quake’s physics. Geological, seismological and GPS-based geodetic studies have focused on earthquake source properties, crustal deformation, tsunami sources and potential, and long-term forecasts.

Now, we know that such mega-earthquakes-cum-tsunamis have impacted the Indian coast in the past. The last 2004-type even occurred in the 14th century, destroying flourishing medieval ports like Kaveripattinam in modern Tamil Nadu. A town in Miyagi prefecture, Japan, devastated by the earthquake and the tsunami on March 11, 2011. Credit: US Navy

But for all the experience and knowledge gained from tsunamis of the past, we were still surprised by the 2011 quake-and-tsunami off the Japanese coast. And this disaster occurred in one of the best-prepared countries in the world. Beyond its widespread material consequences, it served to caution us against nurturing an unrealistic sense of scientific and technological expertise in the face of such chaotic phenomena.

Nature has always been a storehouse of surprises. For instance, the 2011 tsunami apparently challenged much of the conventional wisdom in earthquake/tsunami science. It flew in the face of the belief that faults of certain lengths could break at predictable intervals, in the form of earthquakes of similar magnitudes. These quakes are dubbed ‘characteristic’.

But the 2011 quake may have been ‘composite’, consisting of multiple sub-events, as seismologists are starting to find. It probably started as an ordinary event that became a runaway process, forcing the upper part of the fault zone to break and displace the seafloor vertically. This action then pushed a large volume of water inland.

In the last seven years, scientists may have elicited a similar sequence of events in the 2004 Indian Ocean earthquake. Aside from the strain build-up and energy build-up/dissipation cycles, the fault blocks’ frictional properties appear to have had a major role in birthing the quake and determining if the rupture grew into a mega-quake. But what happened in the northern part – i.e. Andaman side – is still a bit of a mystery.

A large rupture in the seafloor near Aceh, Sumatra, ripped northwest for almost two minutes. After a 100-second pause, it continued northward towards the Andaman islands but 25% slower, and stopped five minutes later. It’s likely that the subsequent vertical displacement of land was also smaller in that area.

Efforts to fully characterise this sequence of events have brought scientists closer to predicting such hazards well in advance.

Earthquakes nucleate – or begin – tens of kilometres below the surface. At such depths, we don’t clearly understand the properties of rocks and their complex interactions due to the pressure, temperature and movement of fluids. It is also not possible to observe nucleation processes at those depths.

An animated GIF showing the tsunami propagating out after the 2004 earthquake off Sumatra. Credit: Wikimedia Commons

The success of earthquake prediction ultimately depends on being able to isolate any precursory signals that can be captured (years or even hours) before a big quake occurs. Though we don’t know how to do it yet, we know it’s likely possible. Recent insights into the 2004 earthquake has allowed geologists to cautiously suggest that it could’ve been anticipated months in advance.

Advances in GPS measurements are to thank for this. They have developed into an accurate way to record subtle fault-related movements as well as the rapid motion that occurs during earthquakes. Although some similar measurements were made before the 2004 quake, the data was properly evaluated only in this decade.

A 2015 study measured the movement of Earth’s surface at Port Blair using a space-based GPS system. (Disclosure: The author was one of the scientists who conducted it.) It was found that the GPS monitoring site in Port Blair had started to slip down from its original height between 2003 and 2004, suggesting a slow downward movement before the seismic monster struck.

Another group of researchers had used tide-gauge data from Port Blair to show that the sea level around the island changed in the same period, lending credence to the GPS data. It is now acknowledged that Port Blair was first rising up and then began to subside months before the earthquake.

The pre-quake downward slip is estimated to have been equivalent to an M6.3 quake. The magnitude could’ve been higher towards the plate boundary, located 200 km west of Port Blair.

We have been able to use these details to piece together what likely happened in the Andaman side of the rupture around 2004. The fault along Sumatra and North Andaman had accumulated as much stress as it could have and was ready to rupture. But instead of one big blowout, it may have initially failed in the Andaman part, de-stressing as a slow slip near Port Blair starting sometime in 2003.

On December 26, 2004, there was a sudden release of energy and the fault propagated from Sumatra to the Andaman side in the northwest. This part of the plate boundary, which had already been releasing its stress in the pre-earthquake slow slip, caught up with the faulting but released its pent-up energy in lower doses. This is borne out by the fact that tsunami waves recorded on the Andaman coast had a lower amplitude than those on the southern Nicobar Islands and Sumatra.

This picture further stresses the importance of paying more attention to satellite-based geodetic data – such as in the study that revealed a precursory deformation under Port Blair. 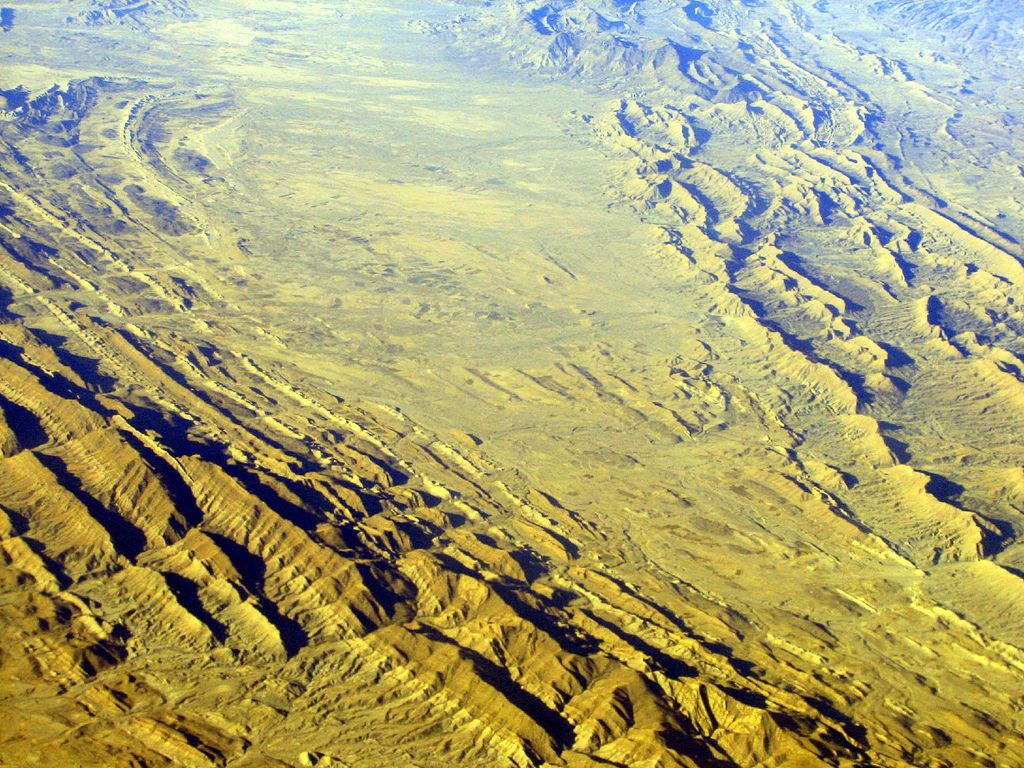 Moreover, keeping an eye on the Andaman and Nicobar part of the eastern seaboard alone won’t suffice. We also need to focus on other problem spots, like the Makran range along the Gulf of Oman and the Myanmar coast in the northern Indian Ocean. Both of them have the potential to produce large tsunamis. The Makran range, spread through Iran and Pakistan, in particular could direct a tsunami’s energy towards India’s western coast – which hosts a number of critical facilities like nuclear reactors.

After the Japanese experience in 2011, we should be thankful that the 2004 tsunami had only a partial at the Kalpakkam nuclear reactor in Tamil Nadu and didn’t induce a full-blown catastrophe. Next time disaster strikes, the lessons learned from our past should stand in good stead, although we shouldn’t assume we are fully prepared either. As the geological dictum goes, the past is the key to the future.

C.P. Rajendran is a professor at the Geodynamics Unit, Jawaharlal Nehru Centre for Advanced Scientific Research and the Indian Institute of Science, Bengaluru.