My dance initiative does not only attempt to destabilise social hierarchies outside Bharatanatyam, but navigates its own problematic relationship with gender, class, caste, nationhood and ethnicity. 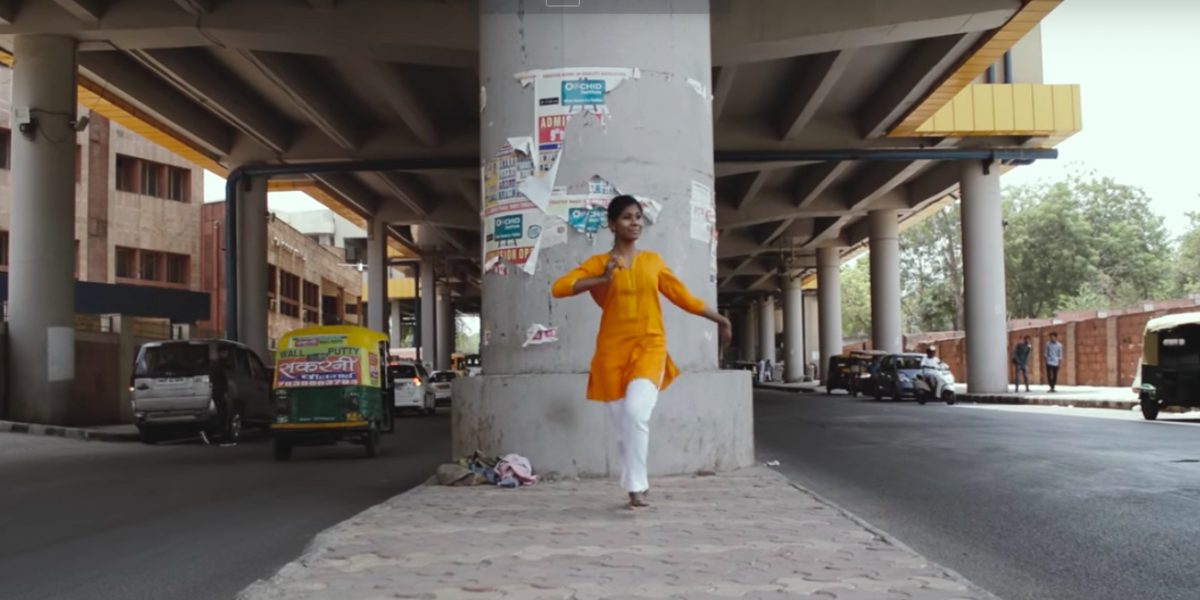 A still from one of Tirna Sengupta's Bharatanatyam videos. 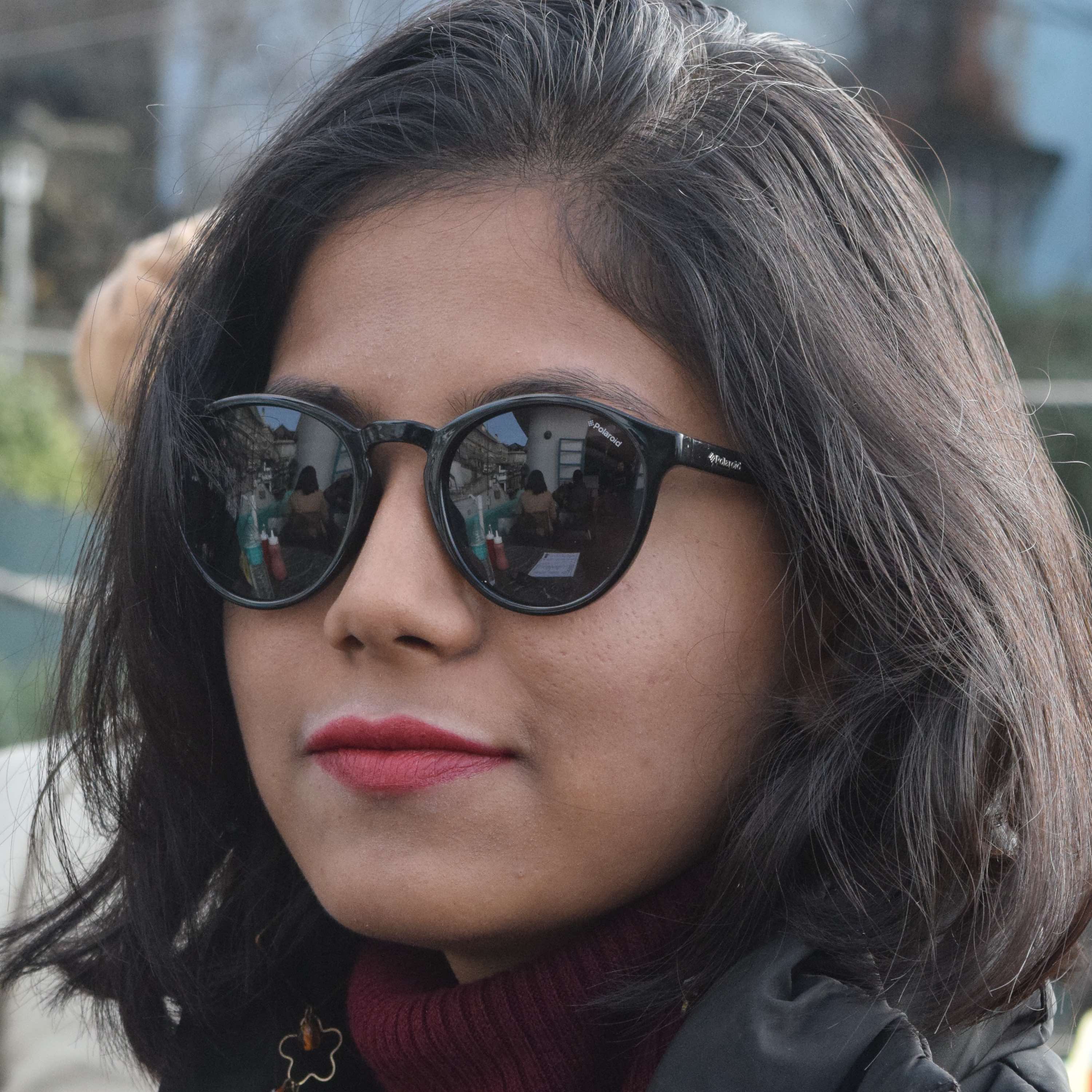 For about two years, I have been working on an initiative that uses Bharatanatyam to reclaim public spaces for women. By dancing in places that are still largely inaccessible to and unsafe for women, I try to assert my agency against attempts to control it. Prejudices about women’s madness and hysteria have dominated discourses on and attitudes towards women for centuries. In a society that is unfair to several marginalised communities and women, enduring normality feels like complicity with prevalent systems of injustice.

Finding a woman dancing on the streets or in public transport is not an ordinary sight. I probably look hysterical while doing some exaggerated expressions and energetic steps of Bharatanatyam at a traffic point. What I aspire to achieve with this spectacle is the visibility of deviance. When rapes and lynching are the order of the day, normativity and conformity can only be the result of desensitisation.

My dance initiative does not only attempt to destabilise social hierarchies outside Bharatanatyam, but navigates its own problematic relationship with gender, class, caste, nationhood and ethnicity. Bharatanatyam is treated as a purely aesthetic category that does not have the responsibility to engage with contemporary social and political realities. Taking advantage of its status as a classical performance form, it demands transcendence from its audience, something that only the privileged can afford. Through its pretence of neutrality, it becomes a sacrosanct cultural nationalist symbol, often hijacked by right-wing (read: Hindutva) politics. It thrives on the alienation of Muslims, Dalits and the poor from its territory. The cultural hegemony escapes criticism because it is protected by the elite enclaves which Bharatanatyam never dares to exit. My project makes a humble effort to democratise the art form by using the traditional language of dance to articulate contemporary concerns of discrimination, abuse, violence and sectarianism.

The orientalist perspective on Bharatanatyam exoticises it as a mindless movement of the body. It is beautiful because of its incomprehensibility and remoteness. It is more a ritual than a form of art. Indians also ritualise the dance form, in turn, to protect it from the ‘impure’ and ‘polluted’ presence of the lower castes and ‘antagonistic’ faiths. Bharatanatyam shrouds itself in obscurity and mysticism to establish itself as inaccessible.

Historically, Bharatanatyam was performed by devadasis in temple courtyards. These women were vulnerable to sexual and economic exploitation because of their class and caste position. Religion was used to cover up the filth of this practice. Contemporary Bharatanatyam performance suppresses its connection with the devadasis, but bears distinct marks of the fervent years of the nationalist-reformist movement around it that cleansed and replaced the erotic content of the dance with purely devotional choreographies to uphold the image of women from ‘upper’ caste families as chaste, good and pure. Bharatanatyam was also de-commercialised to conceal its association with prostitution. It remains impossible even today for anyone of a modest economic background to consider making a career in Bharatanatyam because there is little income from it and enormous expenditure.

My own handicaps have regulated my access to dance. I have relocated from a small town to Delhi for my higher education. Since I have to travel alone, anxiety for my safety determines whether I can attend rehearsals or perform a recital at a given time. Discrimination based on physical appearance and colour of skin dominates classical dance circles. A dance teacher would mock me so frequently for such or similar ‘reasons’ that I became convinced that I was incapable of learning. He would not allow me to progress with my lessons even though I was a sincere student. Poor living conditions are common even at most exorbitant paying guest facilities in Delhi. I suffered bouts of serious illnesses during the last academic session. It is impossible to find empathy in dance classes because only women from backgrounds of social and material privilege continue with dance training. My dance videos in North Bengal and Sikkim are meant to attack the metropolitan arrogance of the dancers I have met in Delhi.

Bharatanatyam has for long been relegated to the domain of the body. Therefore a man is never usually admitted into the world of Indian classical dances. Women are anyway “reduced” to their bodies; so they are allowed to dance. But they may not be regarded as artists. They can only be enchantresses in a patriarchal society. I can neither accept the inherent inferiority of the body to the mind nor do I think the two can be separated in Bharatanatyam. When our body and sexuality make the society so uncomfortable that we must be brutalised, then aestheticising the body to express oneself can be an act of defiance.

I also use the aid of speech or the accompaniment of poetry in my performances to explain what I am trying to do. In a country where women barely find a chance to make their political opinions heard, I feel empowered to deploy an art form, which I was expected to perform passively, in starting debates and encouraging dialogues. The people who help me record these dance videos are also women. We are all students who finish this work between assignments and preparations for exams. We have also never received any funding for this. These are projects that are built on the partnership and camaraderie of young women.

I do not like presenting any warped idea of unity across class, caste and religion when I talk about the people who have enabled my work. My collaborators, as well as audience, come from diverse socio-economic backgrounds and religious affiliations to determine many aspects of my performance by their intervention, prohibition, disapproval and appreciation. I have always regarded cultural translocations as vital and important departures in any art practice. Only through these acts of transgression can art be liberated from domination by the majority and the powerful. I direct my attention towards displacing the Hindu/Brahmin meta-narrative of Bharatanatyam to address systems of oppression. Dance has now become an instrument to question the privileges that accrue to me as well.

One of my performances has been to the recitation of Faiz’s ‘Bol ki Labh Azad hai Tere’. Faiz articulated his resistance against religious extremities through this poem. I have been trying to bring Bharatanatyam in conversation with Islamic contexts in India – the reason why some of my videos have been shot before a mosque or in Jamia Nagar. While getting off the metro at Jamia Nagar, I overheard a man tell his daughter that it was the worst place in Delhi – ‘Bohot ghatiya log rehte hain idhar (Bad people live here)’. My day ended in Jamia Nagar with a beggar woman warning me – ‘Don’t dance barefoot! Chot lag jayegi (You’ll get hurt)!’ I also danced in a Tibetan Buddhist monastery. It is common knowledge that Ambedkar embraced Buddhism after rejecting Hinduism for its inherent caste hierarchy, though every religion today has its own purging tendency.

I cannot help admiring art’s subversive potential, even though Bharatanatyam in contemporary India is far too conformist. The last video I shot vindicates the right to love across religious and caste identities. Modern India is shamefully intolerant towards expressions of affection. Honour killings stem from our society’s inability to respect a woman’s decision to love who she wishes to. This performance was meant to be a tribute to Hadiya and several other women who have fought patriarchy and communal anxiety to choose their lovers. It also came from a deeply personal experience. My mother was disowned by her family for marrying out of her caste.

Once we shot a sequence in the middle of a dust storm about a woman encountering violence and harassment on a dimly lit highway in Noida at night. Men were walking up to us. A car stopped beside us. We continued to work. Any woman would know that the fear we felt is real. Ordinary activities of a man become acts of courage for a woman. My dance teachers have often instructed me to immerse myself in what I was enacting, but that was one day when I sincerely felt what I chose to embody and convey as an artist.

Tirna Sengupta is currently doing her master’s in English at the University of Delhi.