Who Is the Real Author Behind William Shakespeare's Works?

For a long time, there has been a section of writers and historians, including Mark Twain, Orson Welles, Sigmund Freud, who have expressed scepticism over Bard's authorship of the English language's greatest works. 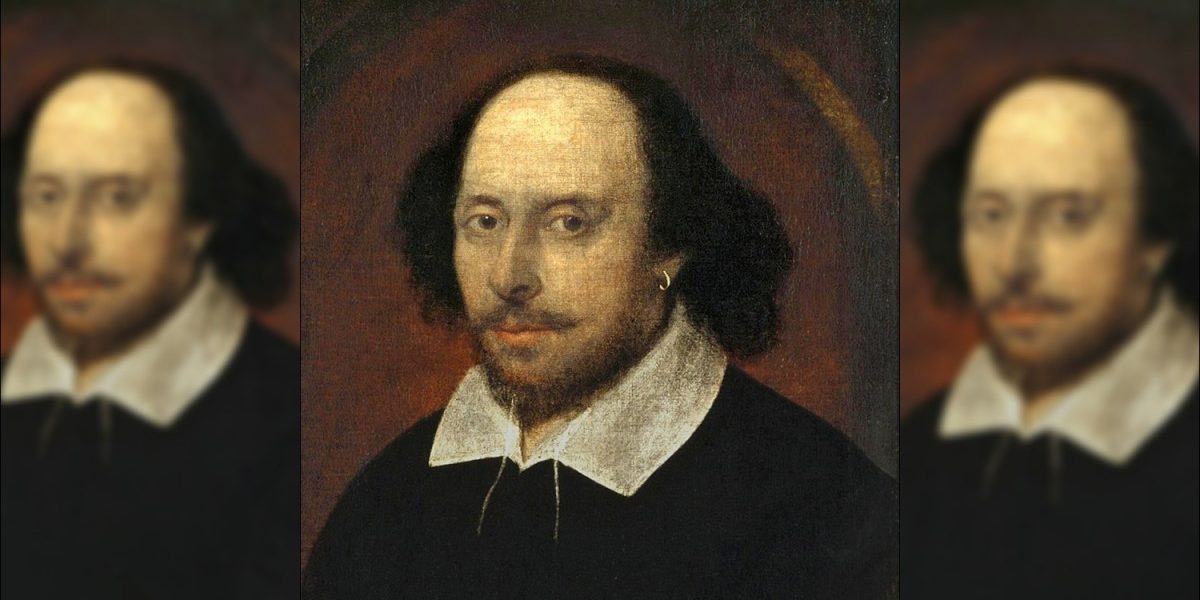 Vigilant observers would have noticed with puzzlement that in the first decade of this century some 300 people in the United Kingdom, including actor Derek Jacobi and former artistic director of the Globe Theatre, Mark Rylance, launched a fresh debate about who really wrote the works of William Shakespeare.

I belonged to a society of self-professed heretics at the university that propagated the view that the author of the Shakespeare canon was Francis Bacon, but subsequently, became agnostic on this matter. My present assessment is that it is not wise to dismiss such theories out of hand as the fanciful ideas of crackpots.

Every schoolboy knows that the Shakespeare opus consists of 38 plays (tragedies, comedies, histories), 154 sonnets, two narrative poems and some other verses. But there is not one extant scrap of draft, note, scribble or memorandum by the great man concerning any of this vast output that point to any definite and identifiable authorship, leave alone any manuscript copy of any of these works.

We know Shakespeare never went to any university. We do not know from where he derived his learning, or what happened to his own books, if any. His last Will does not mention any books, plays or poems. He may have had little Latin and less Greek, but he was very conversant with historical texts in both languages and classical mythology. We do not know exactly how many plays he wrote – it is supposed there might actually have been more than 38 – or in what order.

There are exactly 14 words in total actually known to have been written by him, comprising his signature with both names six times and ‘by me’ in his Will. Some handwriting experts have opined that the writing is that of an illiterate, which stunningly compounds the mystery. His lifespan was not at a time when there was a recognised and consistent manner of spelling; nevertheless, it is more than a little surprising that on none of the six occasions is the name written by him spelled out in the same way as previously.

There is no description of him written in his lifetime, and the engraving appearing in the front of the famous First Folio of 1623 compiled by Henry Condell and John Heminges was from an engraving by Martin Droeshout seven years after Shakespeare’s death.

Ben Jonson in his epigraphic verse to the First Folio warns us explicitly, though very enigmatically, that this is no likeness, saying – ‘Reader, Looke not on his picture, but his Booke’. The equally well-known Chandos portrait was no doubt from the correct period, but the subject could have been Shakespeare or anyone else. The wall monument at the Holy Trinity Church at Stratford, where the bard is buried, was also posthumous. So just with 14 words in his own script and three doubtful images, we do not know very much at all about the greatest writer in the English language, whose works comprise more than a million words.

We have no knowledge of his religious persuasion at a time of bitter religious polarisation, or sexual preferences, on both of which there has been much speculation without finality. Sexual orientation is of consuming interest in our times. Some researchers believe that Shakespeare’s Sonnets are addressed to a woman or women; others say to men or a man. Specialists in this field of research have suggested more precisely that 27 are addressed to males and 10 to females, and the remaining 145 are open à la carte. 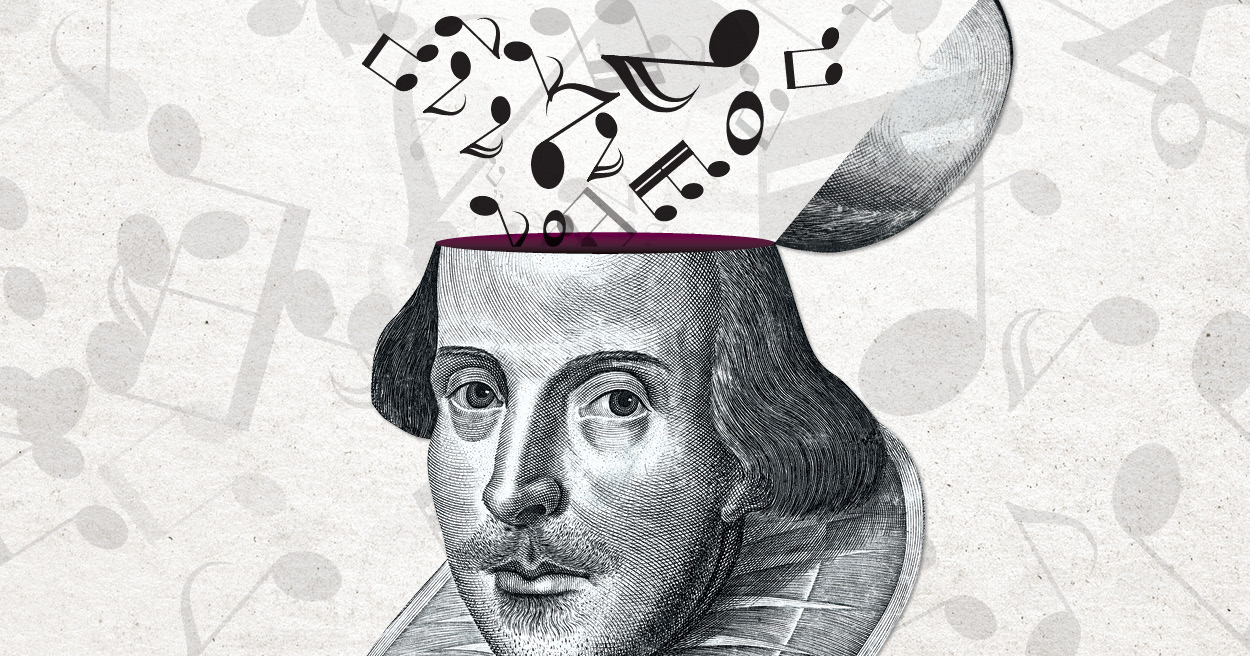 The Bard of Avon apparently had something to offer for everyone – a black protagonist (Othello) and gender-switching characters (Viola); his plays feature cross-dressing, and the Sonnets work for any gender the reader has in mind.

Also read: Franco Zeffirelli, Who Brought Shakespeare to the Masses, Dies at 96

The writer obviously knew a great deal about the law, courtly customs, European history, both ancient and contemporary, the French language, geography, the ocean, medicine, nature studies, military matters and warfare – quite apart from a profound sensitivity and understanding of human passions and motivations. Could one human being possibly encompass such profundity and variety of knowledge? If there was such a person, could that individual have been William Shakespeare, about whom so little is known as a person?

Did Shakespeare ever travel outside England? We do not know. He was definitely a ‘player’, or actor, all his life, but what actual roles did he play? Did he ever appear in plays by lesser contemporaries like Ben Jonson, Thomas Kyd, John Webster or Christopher Marlowe? Even if he did, one thing is certain; Shakespeare was never a prominent actor and is not to be mentioned alongside men of great reputation like Edward Alleyn or Will Kempe, let alone Richard Burbage – who incidentally, just to make matters more confusing – might himself have been the subject of the Chandos portrait, or even its painter.

All theatre in Elizabethan times was of course repertory. In order to turn a profit, theatres had to pull in about a couple of thousand people a week for almost three-quarters of the year. To attract such audiences, new plays were required to be written as a matter of priority, and playwrights had to turn them out with great rapidity. To perform five or six different plays a week was commonplace for a company, which would have had about 40 players and 30 plays in its repertoire, and the writing, acting and memorising, not only of the lines but the exits and entrances, must have been taxing in the extreme. There was not a great deal of money to be made by anyone, either.

For instance, Thomas Dekker wrote over 30 plays and was in debt for most of his life. Ben Jonson, who enjoyed both wide esteem and success, died a pauper. The writing of scripts under such duress was therefore often a collaborative effort, involving persons both inside and outside the company, but the end product belonged to the company alone and not the individuals who had contributed to the writing. This could explain the absence of the mention of the works in Shakespeare’s Will.

Also read: Shakespeare, the Man Who Served No One

For two centuries at least after the First Folio, no doubts were raised over its authorship. Then rival claimants were sought to be championed by various writers, and the claims of Francis Bacon, Ben Jonson, Christopher Marlowe, Edward de Vere the Earl of Oxford, Mary Countess of Pembroke, Walter Raleigh and others were put forward with great conviction by their separate sponsors. Among those sceptical about Shakespeare’s authorship included John Gielgud, Orson Welles, Mark Twain, Henry James, John Galsworthy and Sigmund Freud.

Nevertheless, it has to be said that there are references in contemporary sources to William Shakespeare being the author of some of the plays attributed to him (the first time in 1592), but insufficient evidence to adduce in favour of anyone of his challengers.

Those who nowadays dispute the authorship of the works ascribed to Shakespeare tend to favour the alternative solution of the collective approach; in other words, that the writing must have been achieved by a group of specialised and expert writers from the theatre and outside, who would have been familiar with all the legal, courtly, historical, classical, military, botanical, geographical and other aspects that needed to be covered in the plays. But why did this group choose to be anonymous and allow a person called Shakespeare to take the credit?

Who was Homer? Was Homer blind? Was this person a woman? Who were the real authors of the four Gospels in the New Testament? We shall never know. A British university has begun an MA course on Shakespeare authorship studies, but this will bring us no nearer to discovering the great riddle of the invisible genius from Stratford upon Avon.

Krishnan Srinivasan is a retired Indian diplomat and author.