At Jashn-e-Rekhta, Not Just Urdu but Being Muslim is Returned to the Normal

At a time when the symbols and histories of minorities are under attack, the cultural events that celebrate them deserve to be celebrated in return. 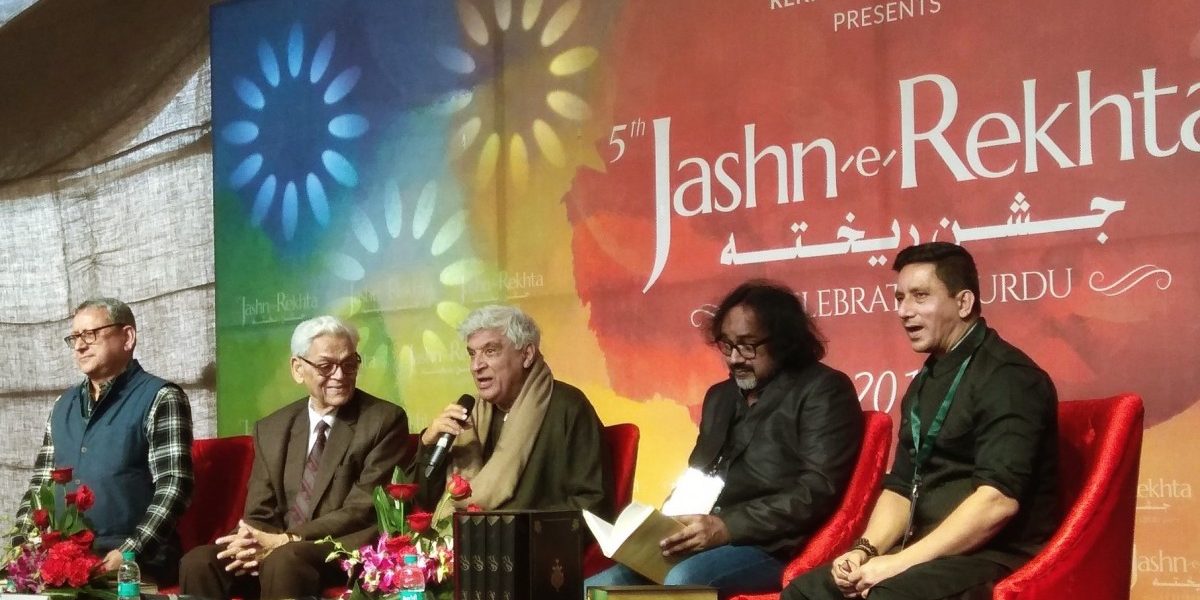 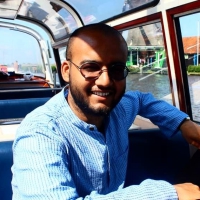 A recent article on The Wire about Jashn-e-Rekhta lamented the festival’s failed efforts to serve the Urdu language in the true sense. Instead, it said that the festival was “aimed at the elite, especially the English-educated ones”. This concern is legitimate, and ever since the Rekhta festival came into being, opinions have been divided over its efficacy and objective.

It is true that for any language to remain effective, only annual literary festivals, mushairas and qawwalis are not enough. Serious state-driven implementation needs to cultivate common usage both in speech and writing. This requires work at the most basic level of schools.

Popular culture cannot be ignored in making a language common, either; if one looks at the kind of language used in Bollywood songs of the seventies and eighties, the usage of heavy Urdu is most visible. What is more striking is the presence of Urdu vocabulary in the language of the older generation.

We arrive in the year 2018 with songwriters dropping incoherent Urdu words here and there for the sake of ‘aesthetics’. The link between the vernacular language and popular culture could not be more apparent: more than education, what contributed majorly to the establishment of Urdu as the lingua franca were the songs on which the older generation grew up. The reason lies in the varied efficacy of formal and informal mediums of language dissemination. More than school textbooks, what permeates further into the society is popular culture: at once fluid, pervasive and undetectable.

This is exactly what qawwalis, mushairas and such festivals do – making names of writers, poets, words and ideas now discarded and unknown, common to the uninitiated audience through popular culture.

Rekhta manages to bring on the common tongue the lost fun of baitbaazi, the classical ghazal now looked at with derision, the sozkhwani or dirges, almost unknown to the wider public and the works of Urdu writers such as Intizar Hussain and scholars like Shamsur Rahman Faruqi. It not only serves the language at large by making Urdu’s presence everyday, outside insulated Urdu departments and mushairas, but also highlights a more nuanced approach towards Urdu literature.

The commercial aspects have been a sore point, for me too – I saw an almost vulgar amalgamation of literature, commerce and glamour within the Rekhta compound. But anyone who desires a puritanical presentation of the ‘literary’ risks falling into the dreary literary spaces never conducive to common people. To expect a commerce-free public sphere is a disconnected academic demand – it is always pleasure that drives popular culture, not high-literary and critical taste.

Most importantly, beyond just concern for the Urdu language, the Rekhta festival creates a minority space in the heart of the capital at a time when being from a minority puts you at the risk of real violence. The links between Urdu and its Muslim identity remain inescapable and inevitable. To build a public platform where the language of the community is discussed but also ‘celebrated’ is admirable.

This is not to say that the festival itself is ‘Muslim’, but that it enables a space where elements associated with the minority are brought back smoothly into the normal. The return of ‘minority elements’, no matter how shallow, to the normal, and especially into the domain of social media is immensely significant at a time when the Muslim identity has become an anathema.

One can ask what good it does for Urdu or for an individual to go to a festival that is overtly marketing an exoticised version of the language itself. At the most basic level, they would learn a dozen words of Urdu and be exposed to a few writers, novels and poets. The larger impact, however, is the way that such a platform makes the language and its associated communal identity an accepted part of the society’s psyche.

A singular focus on a language without attention to its communities is suspect at best. It not just perceives language through a narrow, academic lens, but also overlooks the processes that are needed to support its public appearance: glamour, Bollywood, actors and marketing is all part of it.

More than that, it is blind to the sociopolitical dimensions of Urdu. Strident concerns over exoticisation, marketing and glamour misjudge what is at stake in the present time: it is not just the real body of the minority that is under siege, but also the symbols that give it meaning and history. If mushairas, qawwalis and programmes like Rekhta ‘celebrate’ them, however superficially, they deserve to be celebrated in return.

Syed Aalim Akhtar is at the Center for English, Jawaharlal Nehru University.