'Unravel': An Improv Play That Tackles the Stigma of Mental Health

The effects of improv theatre exercises on improving mental health conditions have been observed globally. 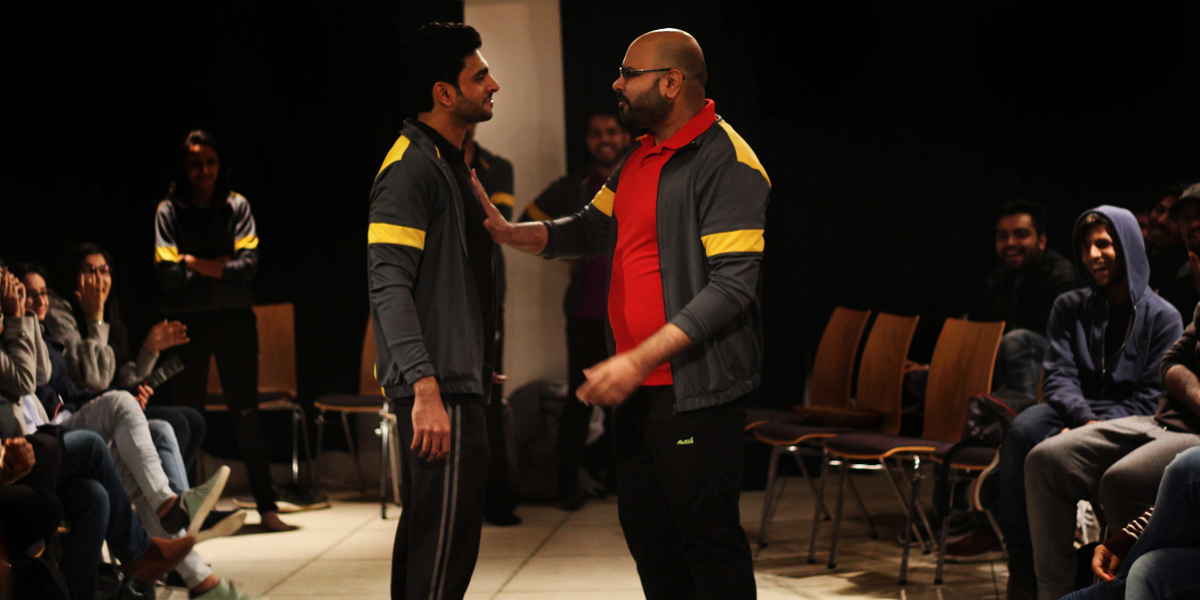 A scene from the play. Photo: Kaivalya

It isn’t everyday that I leave a theatre feeling confused and guilty about my actions towards friends or loved ones experiencing mental health issues. Unravel made me feel exactly that.

Unravel is a first-of-its-kind improv theatre performance by Kaivalya plays, an independent Delhi-based theatre group. Originally conceptualised by the group for a grant by the Goethe-Institut/Max Mueller Bhawan in 2016, the play consists of improvisation exercises and physical games to address issues of mental health. Director Varoon P. Anand explains his motivation: “While improvisation made us laugh together it also clearly did more. In my case, specifically, it allowed me to battle episodes of depression… This piece seeks to explore a theoretical connection between the techniques of improvisation and its therapeutic effects on anxiety, depression, manic depression, bipolar disorder and other possible mental health disorders.” 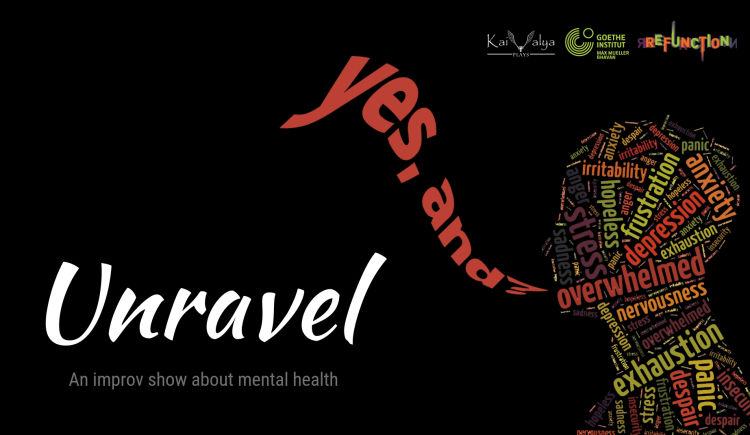 The poster for Unravel. Photo: Kaivalya

The effects of improv theatre exercises on improving mental health conditions have been observed globally. Alex MacLaren, who teaches improv in London’s Spontaneity Shop, notices that half his students are now seeking help with anxiety or confidence, instead of looking to perform. Improv theatre – which uses spontaneous techniques and cues from the audience and environment to build on dramatic and comedic situations – helps people open up their minds to new situations and challenges. The improv format is not new to us – it has been made popular by comedy shows such as Whose Line Is It Anyway? and Saturday Night Live in the recent past. It allows people to embrace change, lose their inhibitions and learn to tackle difficult situations thrown at them by thinking on their feet.

Some of the games in Unravel include making your co-actor look good in any situation, and saying “yes, and” (instead of “no, but”). These exercises helped the actors empathise with each other during the performance, build on each other’s stories, and at the same time, gave us tools to engage in more empathetic conversations. Anand, leading the games, provides feedback to the actors – the level of self-awareness within the play was commendable.

Unravel was performed in a small, new performance space at LTG. For the first hour, the actors maximised the empty space around the room to play improv games. While the audience may wonder why they are sitting and watching what looks like a lot like a theatre rehearsal, they are exposed to a range of activities improv actors perform to send out a powerful message. In fact, I was told that every show is performed with a different format – each performance is honest, spontaneous, and takes unexpected turns that the actors themselves have to learn to navigate.

I’m grateful to Kaivalya for starting off this conversation in India, where most of us still live with stigmas related to mental health and dismiss unaddressed symptoms. The figures say there are 57 million people affected by depression in the country. We’re living in a world where we don’t have time to be connected with our selves, or with others, beyond social media. There is increased stress, social or performance anxiety amongst the youth, and a pronounced sense of isolation.

Actors spoke about their first experiences with therapists and the advantages of this relationship in their lives. One of the most powerful moments for me was when the actor Gaurav shared his experience of dealing with his father’s depressive episodes. It made me rethink all the times I could have inadvertently made someone’s suffering about myself, or vice versa. It is so easy for us to dismiss symptoms of mental health and selfishly think about the inconvenience they cause us – it is so much harder to put in the required emotional energy and support, and truly ‘empathise’.

We cannot ignore the urgency of addressing mental health issues today, and I believe Unravel is an honest, experimental start.

Unravel – An Improv Show is playing again at Oddbird Theatre on June 21-23. You can find tickets here.

Mohini Gupta is a writer and translator based in New Delhi, and works at the Vedica Scholars Programme for Women. Her English-Hindi translations have been published by Tulika Publishers.