Politics Through Art on the Internet

Besides critiquing specific power structures of the art world, we have new forms emerge and many people respond to the cultural and political climate of the nation through the arts on the Internet. 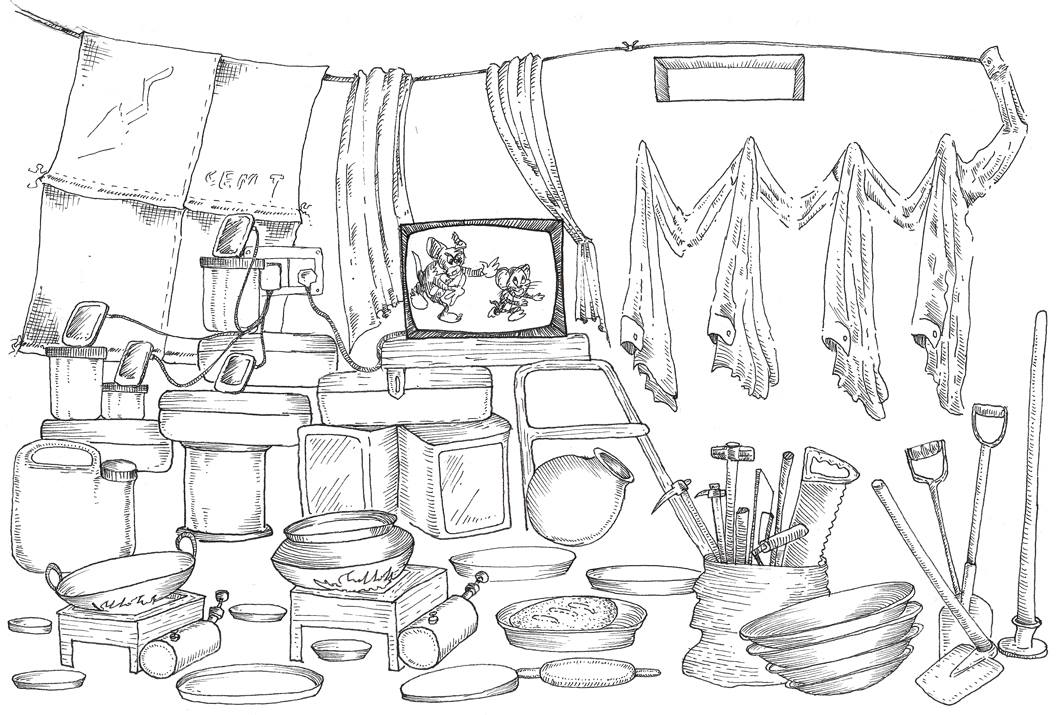 From the series “Hashtag”, Bhagwati Prasad, 2018 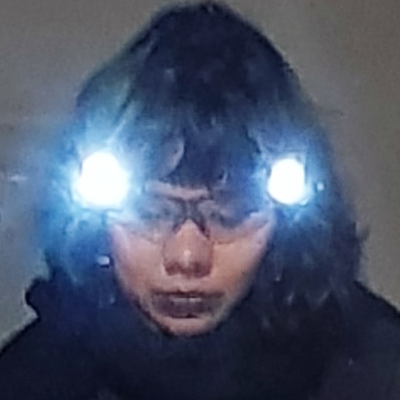 Post-internet art refers to art made for, or on the internet. The limited gallery and museum culture in India makes the internet an important space for artists to showcase and disseminate their works. On the internet, an artist has the agency of when and where the work should be showcased and doesn’t necessarily need event-based or physical display of this art. There is yet no monetary compensation for this art practice, but honestly nor does the Indian art world have a long list of regular buyers of even object-based art, and even if it does, young artists aren’t always paid fairly anyway.

Virality is one form of appreciation and internet can even be a site of more in-depth dialogue. Post-internet art as visuals, hypertext literature, games, interactive works and also graphic renditions as sculpture become an important site for conceptual practices. Prayas Abhinav is an artist who has been using the internet as a site for conversation and text-based experience for almost two decades now. As art insiders, Abhinit Khanna and Ubik have produced some critical works on Instagram that critique the hegemonies in the Indian art world. Khanna creates #ArtWorldMemes using popular Bollywood images, framing texts towards specific events and individuals, while Ubik uses text gifs and is now selling an Instagram handle @dear_ubik as a work of art through his gallery in Madrid. The galleries further ambiguous arts practice, while the internet allows for less of such institutional censorship of the artist. 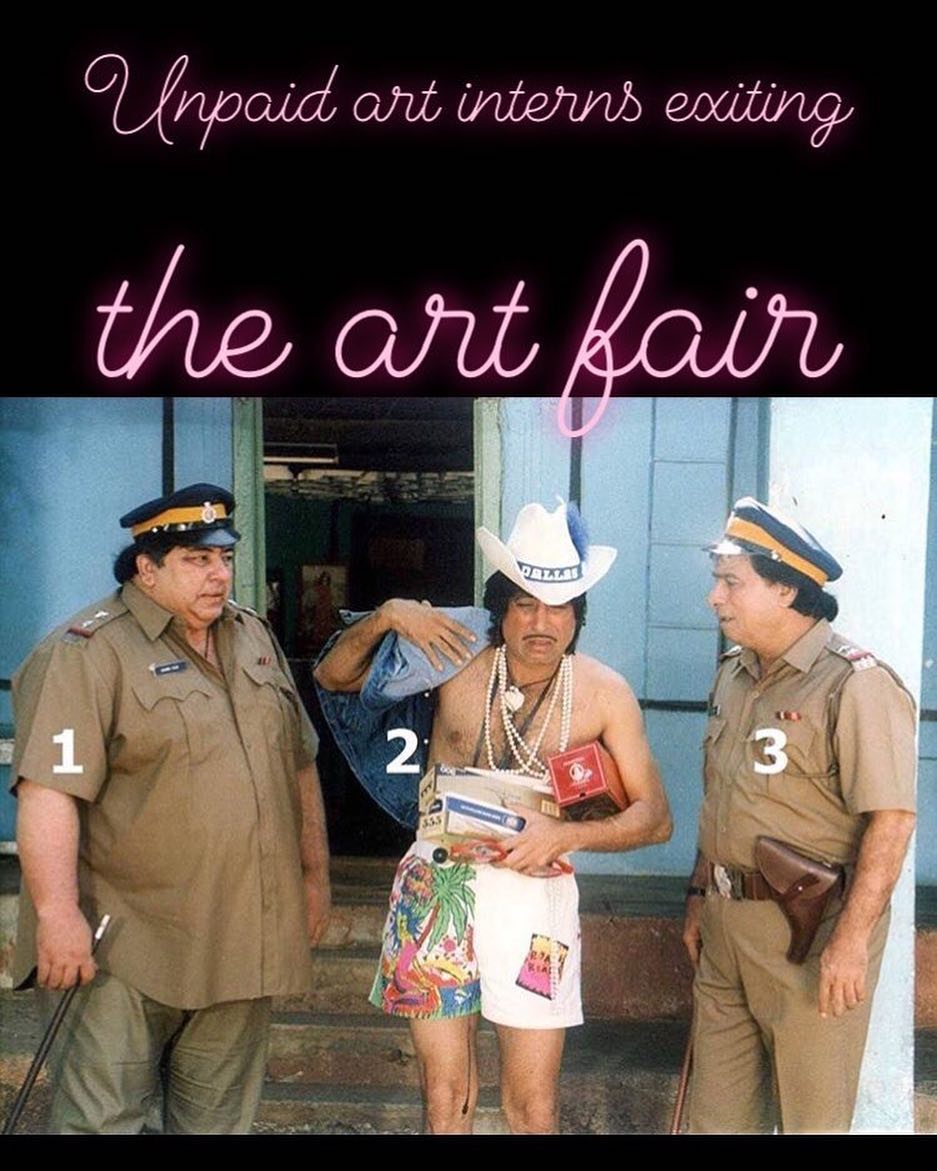 This digital practice can also be available as a public archive more than temporary exhibition-based practice does, which means it can be used to reference and study more than exclusively available works of art can within gallery walls. The audience can respond to the work either directly to the artist or within their social circles, making art more accessible. Facebook has different community standards of what information or image can be circulated, yet most people find their way around it and continue to share unrestrained.

Besides critiquing specific power structures of the art world, new forms are emerging and many people respond to the cultural and political climate of the nation through the arts. Street theatre, graffiti, community libraries, zines, hacking have been important anarchist pedagogies. Workers in disciplines other than arts have been using creative mediums. The internet can obviously be limited sometimes in terms of language, sense of humour, access, yet it plays an important role across diverse publics.

Daniel Langthasa (stage name Mr. India) is a musician and a politician, based in Haflong, the district headquarter of Dima Hasao in Assam. He was interested in speaking with the locals of his hometown regarding the issues they were facing. For his stage and online presence, he hides his eyes by hands covered in plastic eyewear, and uses Haflong Hindi to address the public. He uses satire in his music to present current affairs at the local as well as national level. He makes these videos on web camera on the computer and inbuilt technology of image juxtaposition. Through his Facebook, we also get news from Assam, which might otherwise have been ignored in mainstream national media. Langthasa had lost his father, a member of the autonomous council representing the Congress party, to a political murder in 2007. He is now also campaigning for elections through videos on Facebook, using these as a tool for raising political issues,  creating awareness and associating with the public.

Facebook pages like Humans of Hindutva, that uses sarcasm and appropriates archival and found images to comment on current affairs related to the Right Wing fundamentalism, has been censored and also received death threats for their position. These digital projects sometimes tend to self-censor, choose to close down, find other avenues or personas. There’s an urgency to produce content for the internet in the contemporary condition. All marketing strategies in the present day, including soft power or fascist enterprises, invest in digital marketing and production of content for the internet, including WhatsApp memes, Instagram and Tinder advertising, among others. This passive everyday engagement with fake and triggering marketed content leads people to make opinions that they then defend, troll others and, in some cases, even lead to physical violence towards the innocent. 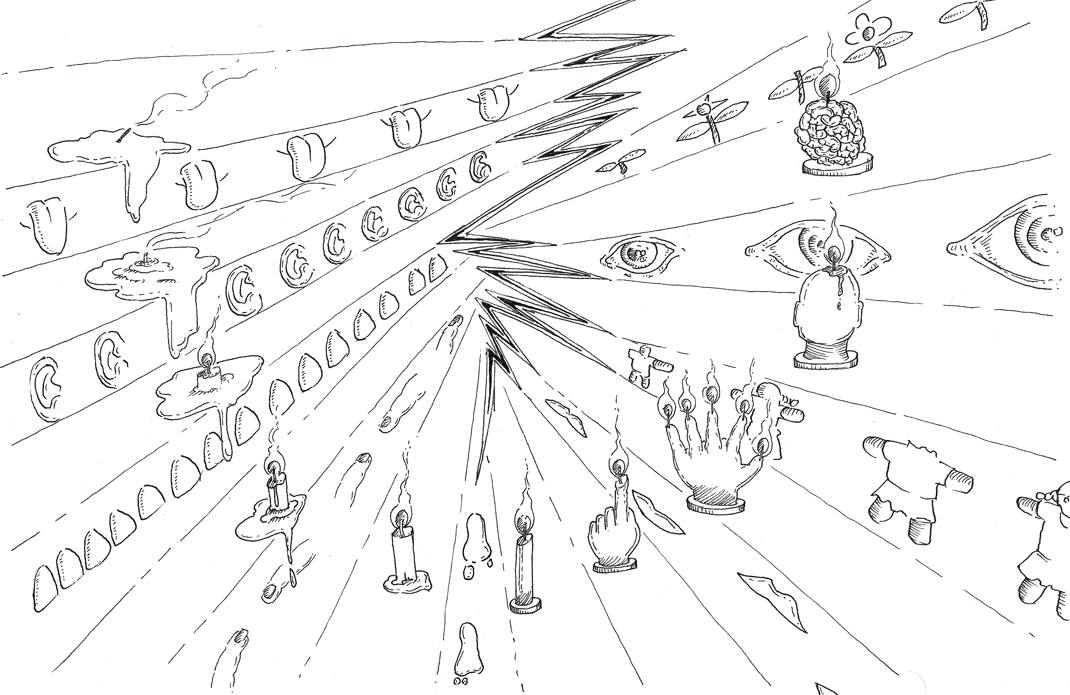 The role of art in time of crisis can be manifold: from becoming a space for healing to one that shares truths. Media, journalists, educators and academics might be burdened by various institutional liabilities, but arts claims to be a liberal and Left-orientated field. It is also important to circulate the visuals that are created beyond the closed art networks, which are very effective for exposing propaganda. Artists don’t only need to meet their old school frameworks of success by becoming Biennale artists or gallery-represented artists, but should also play an important role in popular visual culture and various institutional criticism. 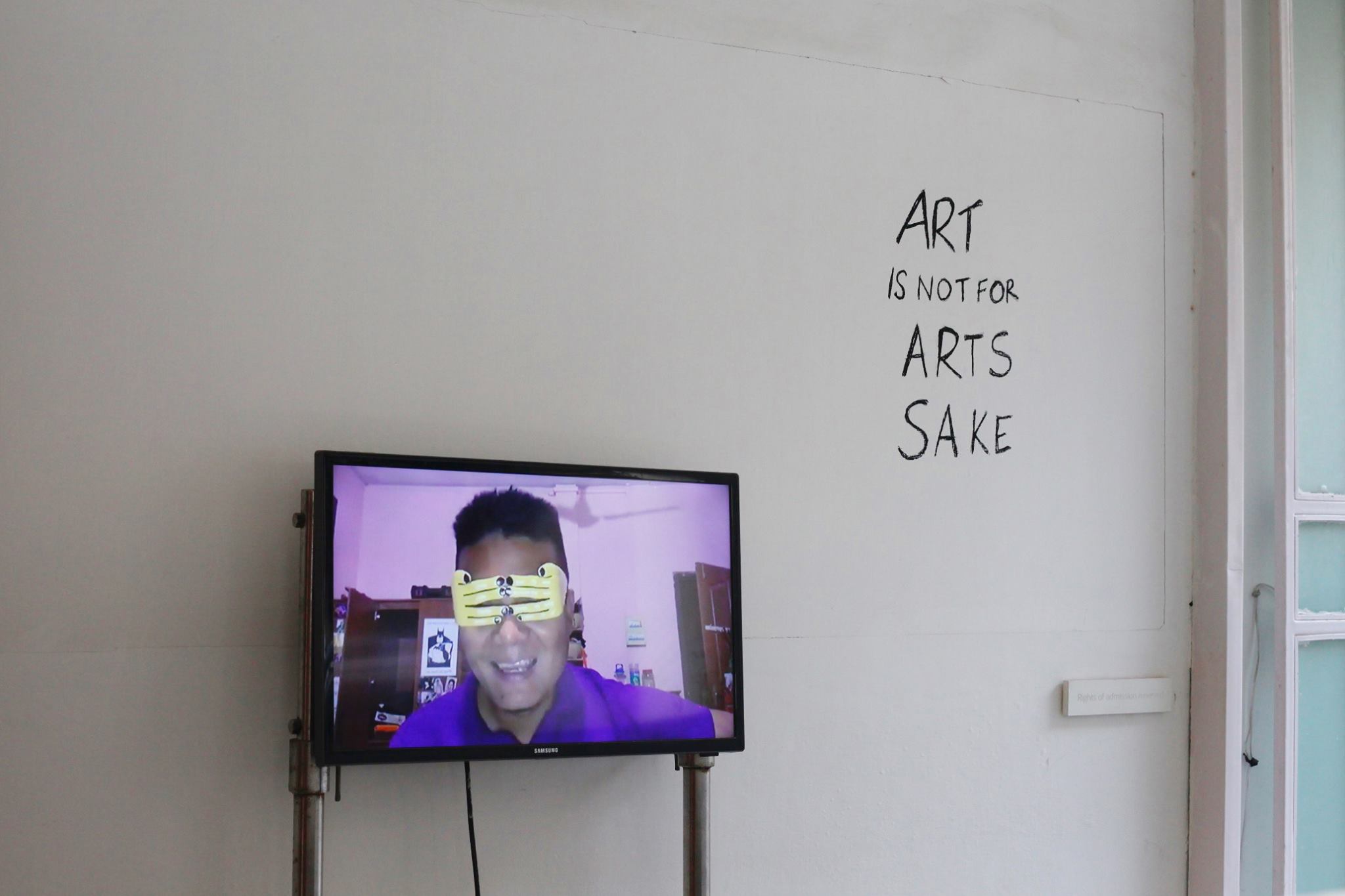 Vidisha Saini is an artist-curator engaged with social practice, pedagogy and politics of representation. She recently curated an exhibition titled “Public Pedagogy As Arts Practice” and a series of participatory dialogues “there is no epilogue” at Khoj Studios [April 2018] that included some of the above practices and discussions.