The Hand-Made’s Tale: What Does a Hindu Rashtra Mean for the Indian Fashion Industry?

Though the industry largely depends on Muslim artisans, labour, and Islamic sartorial crafts and techniques, the issues surrounding the CAA and NRC have been met with a marked silence. 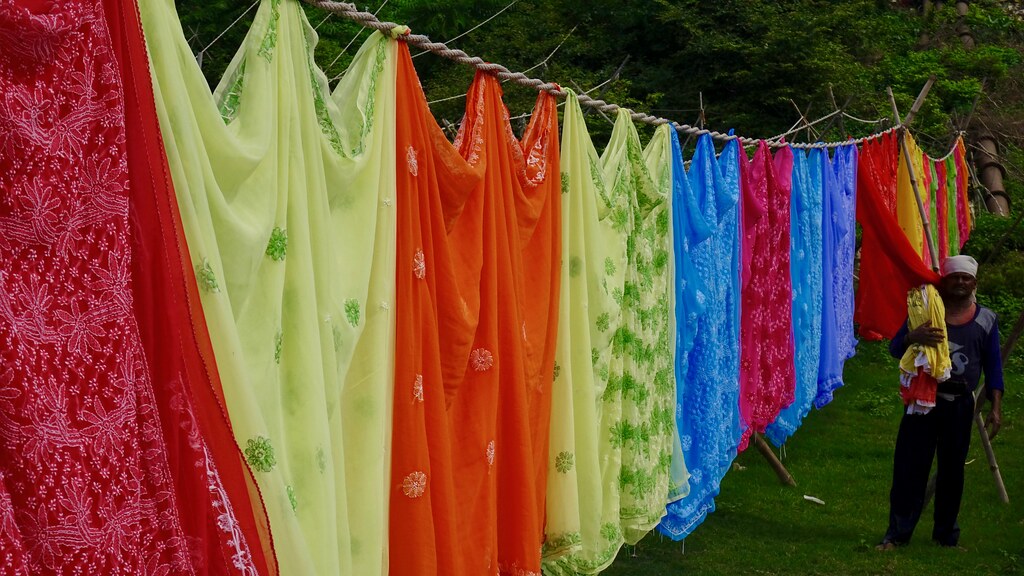 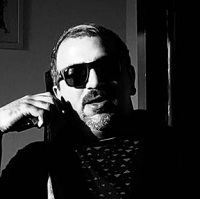 For an industry that relies this heavily on Muslim artisans, labour, and Islamic sartorial crafts and techniques – not to mention inspiration – the Indian fashion industry’s public silence on the issues of CAA-NPR-NRC is deafening. Even as they readily admit, in private, that tailors, printers, and embroideries are leaving their jobs to return to their villages and hometowns amid growing unrest and violence, fashion designers all over the country choose to remain quiet.

This is, to some extent, understandable. Businesses usually don’t take political or moral stances beyond corporate social responsibility (CSR) activities, especially if they are small and just about surviving.

But only to an extent.

The growing right wing hate and state excesses against Muslims and minorities, by this time, should have shaken Indian designers and fashion professionals out of their stupor. Since it hasn’t, here’s a thought experiment in what may come to pass if the current regime fulfils the goal of making India a Hindu Rashtra. 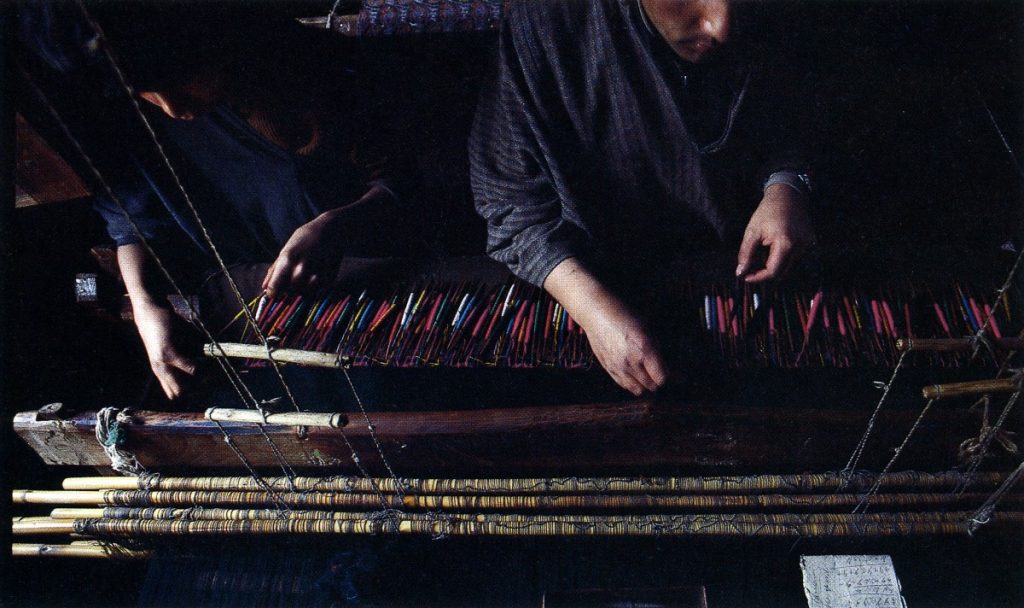 A shawl loom in Kashmir. Photo: Flickr/Knoxville Museum of Art CC BY NC 2.0

More than the loss of these techniques, we may lose centuries of finely honed aesthetics and a unique visual vocabulary that no amount of vocational training will be able to replace later. Hand a Hindu artisan an Aari needle and see the difference.

Couple this with the proven fact that attire is one of the first things that religious fanatics like to dictate, and you begin to get a clearer picture of this Atwoodian nightmare that may come to pass. The prime minister himself, not so long ago, dog-whistled his followers to ‘identify them by their clothes’, alluding to the sartorial distinction of Muslim modes of dressing. At such a time – when you’ll literally have to wear your nationalism on your sleeve in this Hindu Gilead – even the drape of your dupatta will be questioned.

Imagine millions of women being deprived of the simple right to wear what they choose. This, in turn, will affect the demand and supply of what the fashion and garment industries produce – ranging from contemporary separates to even ‘traditional’ silhouettes like the Mughal-inspired Anarkalis, as well as chogas and kaftans.

So, with saris as the only recourse, millions of women may be hobbled to the homestead, leading to a decline in overall economic productivity, not to mention the adverse effect on fair representation in the workspace. That is, if women are allowed to work at all.

Then comes the overall economic impact of Hindutva. Expected to reach US$ 223 billion by 2021, the Indian textiles industry is the country’s second largest employer after agriculture. It employs around 45 million people directly and 60 million indirectly. With the techniques and weaves I mentioned earlier in danger, we will see a sharp decline in these figures. And this is just the beginning of the apparel supply chain. On the consumer end, the 300 or so international brands expected to open their stores in India by 2021 will simply pull out, taking a slew of possible jobs to more stable shores. 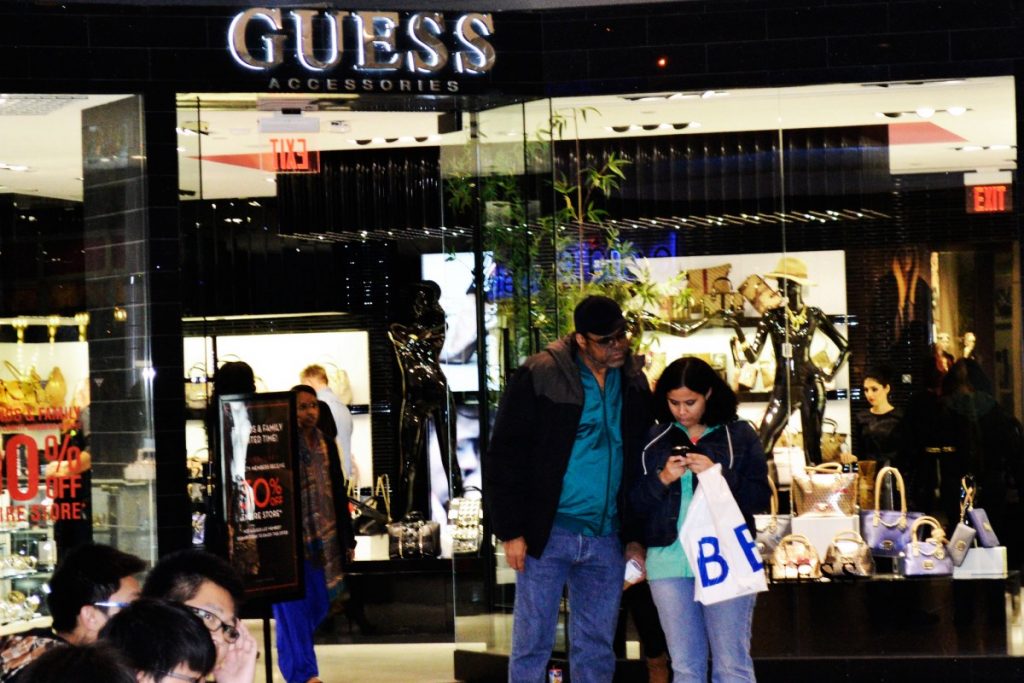 More than 300 brands are expected to open their stores in India by 2021. Representative image. Photo: Flickr/bargainmoose CC BY 2.0

The unstable economy has already seen jobs being cut in the tech sector, with Capgemini firing 500 employees in November last year. Cognizant is likely to lay off anywhere between 10,000-12,000 workers as well. Nobody likes to invest in an economy that’s unstable and whose leaders actively stoke communal fires and create an atmosphere of fear in the name of religion. It’s just bad for business, unless you’re in the weapons trade.

Where then, I ask, will the Indian fashion industry stand? Who will buy the Anarkalis designers may be forbidden to design anymore, let alone produce?

Since the CAA debacle began, I can count the number of designers who have publicly spoken out against it on the fingers of two hands, no more. When does being an employer, with all its attendant moral duties, begin to actually matter? You rely on Muslim expertise and manpower, and constantly look to Islamic artistic achievements for inspiration. But will not speak out to protect the community that makes it possible for you to make money off that so called ‘foreign’ heritage. How is this not hypocrisy?

As a creative industry, fashion has always relied on those who don’t have agency – women, Muslims, and sexual minorities. And it doesn’t have the perfect track record of doing right by them, either. But to be silent when it comes to the very survival of those who give you your bread-and-butter is the height of deceit. There is an opportunity here to declare yourselves even now, but it has to be done publicly.

Fashion is a powerful and creative medium and the time has come to apply it to good use. Not just to create business, but to start conversations with those who consume it, often mindlessly. The hands that make what we wear belong to real people, and right now, they are under siege. Will you continue being complicit by your silence?

Varun Rana is a fashion commentator and consultant. He is a graduate of the National Institute of Fashion Technology.