To perform Chandralekha’s last choreographic work ‘Sharira’ for 15 years with Dhrupad maestros Gundecha brothers was a privilege that will remain unequalled, writes Tishani Doshi in memory of Ramakant Gundecha who passed away on November 8. 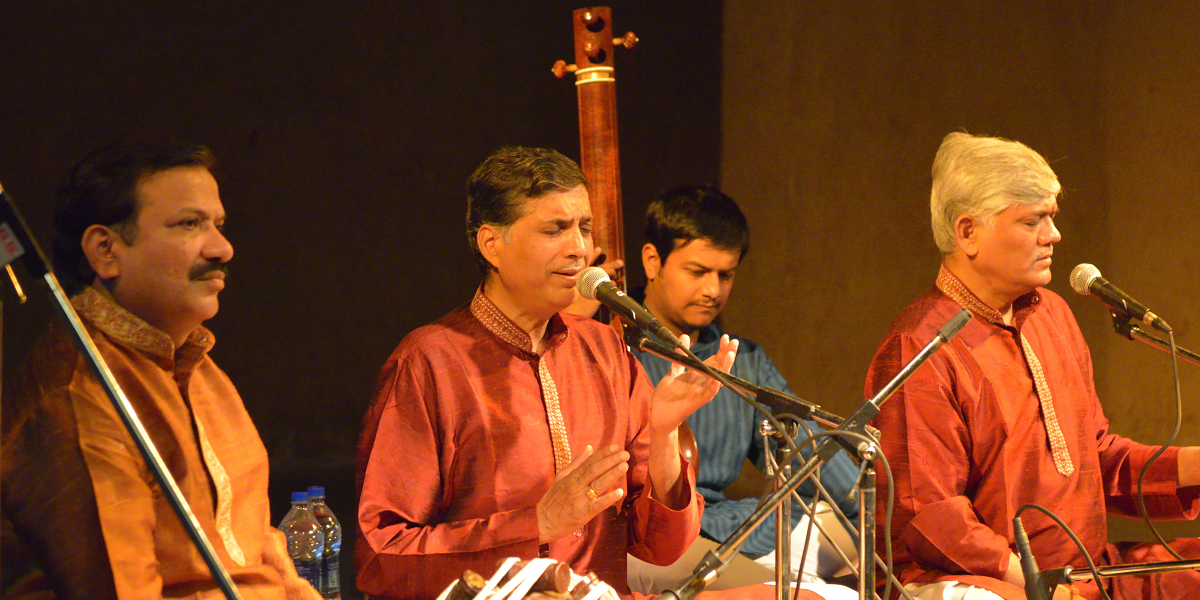 Akhilesh, Ramakant and Umakant Gundecha: bringing listeners to the soil of the earth and raising them to the clouds of the sky. Photo: Charlotte Wouters 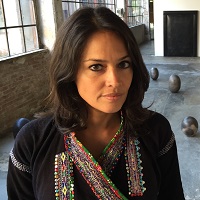 In February 2002, I made my debut as a dancer with the Chandralekha troupe in Champaner, Gujarat. For four months leading up to the performance, I had spent every morning at Spaces, Chandralekha’s theatre in Chennai by the sea. Her new choreography was called Sharira – the unending body, a slow, sensual, meditative piece with two dancers – myself and a kalaripayattu master, Shaji K. John. Shaji and I rehearsed in silence. We kept time within our bodies. Chandra believed that her choreography did not need music in her own theatre. There was the music of the birds, the leaves, the Bay of Bengal in the distance. “But you’re lucky,” she said. “In Gujarat, the Gundecha Brothers will perform with you.”

I had not heard of the brothers and I was unfamiliar with Dhrupad music at the time, but the moment I heard them sing in that hotel room, I felt as though a string were being pulled from deep inside me. I recognised the music as something old and untranslatable, and my body responded to it to the detriment of my timekeeping. All those months of rehearsals in silence, and then, just with the instrument of voice, I floundered in time. Our performance was not meant to respond to one another, or even have a conversation; it was music and movement side by side. Breath, prana, was the commonality. What we dancers tried to do with our bodies – elongating, holding, stretching, Umakant and Ramakant, did with their voices.

We would go on to perform Sharira for 15 years, and over the years I learned to listen to the brothers and to keep my time. For each performance, the Gundechas joined us. They were ultimate professionals – could arrive on a train in the morning, perform in the evening, and take a train home that same night. When Chandra saw them arriving (the brothers frequently wore matching coloured kurtas), she would say, “Here come the princes.” When she was ill in hospital, they visited, and I remember an evening around her bed in the ICU ward, many friends flouting the rules of how many could be in the room at once. The Gundechas sang for her, and I thought, when I’m dying, I would like to have their music in my ears.

To travel and perform with these musicians has been the greatest privilege of my life. We have broken bread many times together in many hotel rooms all over the world. Been robbed in Amsterdam, suffered an earthquake in Taipei, wandered the streets of Munich looking for the latest technological gadgets. I always wondered how these brothers – so filled with lightness and laughter in their life completely transformed on stage, altered into other beings almost, brought listeners to the soil of the earth and raised them to the clouds of the sky. Ramakant, the most philosophical of the group, loved to talk about politics, music, art – he was wise and funny, and he always gave me advice without being paternalistic. It is impossible for me to think of these brothers without him – of one prince being without the other.

In November 2004, Umakant and Ramakant Gundecha embarked on a new phase of their journey when they set up the Gundecha Gurukul in Bhopal. I spoke to them on the occasion. The following is an excerpt from the interview:

Could you tell me a little about your musical beginnings?

We are from a non-musical family. No one in our family has been a performer. Our father was a

professor of law but he was a serious music and art lover. He thought we possessed a good voice and should receive musical training. We started learning music formally in Ujjain – where we grew up – when we were nine years old. In 1981, we shifted to Bhopal, where we got our master’s degree in music, economics and commerce.

You recently opened a Dhrupad institute. What do you hope to achieve by doing this?

Dhrupad has become a very rare form of music. There are only three or four performers of this form of Hindustani classical music today. Compare this to the form of khayal, which has so many accomplished adherents. We wanted to start an institute that would create professional Dhrupad performers. Modelled on the gurukul system and the guru-shishya tradition, the institute will be a residential facility. The students will live here and practise for four or five years, depending on their capacity and musical ability. 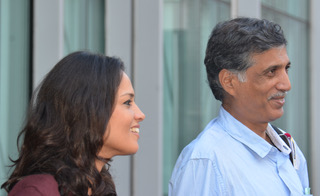 What is the focus for you when you perform?

Joy. Joy is the right word. Not pleasure or enjoyment. It comes from a sense of internal peace. But, ultimately, it is joy.

What has been your personal journey with Dhrupad?

From the very beginning, we were sure that Dhrupad was the form for us. But one thing bothered us greatly. It was very clear that there were musical performances galore, attended by large audiences, but Dhrupad performances were not among them. Why was Dhrupad not being heard, and why did people not want to listen, we wondered. The most important aim for us was to make our music accessible to music lovers. We felt that Dhrupad could be heard and appreciated the same way as other kinds of music.

Have you moved closer to your aim?

Definitely. There was almost a 30-year gap between our gurus – Ustad Zia Fariduddin Dagar and Ustad Zia Mohiuddin Dagar. From our early performances in 1985, we have introduced so many elements in Dhrupad music and performance – like the overlapping of voices and give and take between two singers. It was not always like this.

We have also set poetry to music in Dhrupad – Kabir, Tulsi as well as contemporary poets like Padmakar and Nirala, which has never been done before. We have tried to make our singing interesting. If you listen to us you will find that when we sing together it’s like a question and answer session between us: Where are you going? I’m going to market (laughs). It doesn’t have to be any great philosophical thing – one question, one answer; not a long question, short answer or vice versa – both are equal.

What is it like to work with your brother? Are there any ego clashes?

It’s a matter of practice… we have a proper understanding with each other. It’s not a matter of being brothers, but of spending a lot of time together. We have a perfect understanding, unmarred by ego. The only thing about which we feel egoistic is that Dhrupad is the best music that you can find in the world!

What is the essence of Dhrupad for you?

To us, Dhrupad symbolises the real meaning of the earth, of existence. As long ago as 2,000 years ago, people have described this music. Wherever we have travelled – Australia, China, the Gulf region, Africa – people have responded to this music. It has a universal appeal. There is no music in the world that has such depth to it.