Madras Music Season, a Festival of Elite Castes Where Non-Brahmins Are Nearly Invisible

A festival that originated to counter the cultural imperialism of the British has lost its radicalism and is at odds with the increasing push for sociocultural inclusivity today. 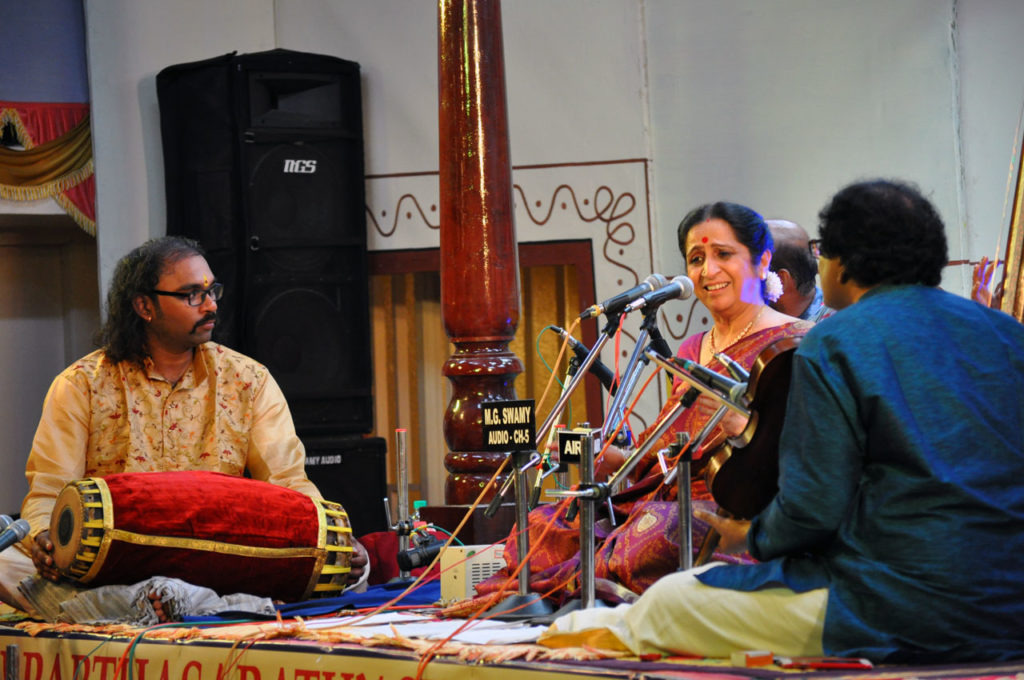 A performance at a previous Madras Music Season. Credit: Facebook A performance at a previous Madras Music Season. Credit: Facebook

The Margazhi Festival of Dance and Music in Chennai, commonly referred to as the Madras Music Season, is one of the largest cultural events in the world. Each year the festival commences on December 15, the first day of the Tamil month of Margazhi, and packs in over 5,000 concerts, lecture demonstrations, expositions and deeply intellectual, knowledge-based discourses and debates.

The success of the festival is unequivocally reflected in the fact that it has now been extended to a two-month period of hectic activity in an attempt to accommodate the utmost talent in a burgeoning artistic fraternity. An astounding characteristic of the event is that a single genre – Carnatic music – is the mainstay of the entire festival.

During the Margazhi festival, the relationship between the concert and audience is unparalleled. The silk sari, kurta and dhoti are not just concert attire, but also a fashion statement. At the festival, connoisseurs hum along in the concert precincts or critique an artist over a plate of sumptuous South Indian ‘tiffin’ in the canteen right outside the hall. Elsewhere, young music students analyse a particular moment of a concert that could be a differential equation in music and raga theory. And then there are the concert-hoppers who take in more than one concert within the same time slot at two different venues because they cannot bear to pick between the two. It is as if everybody is an equally proactive stakeholder in this mega event.

Having grown organically over a hundred years, the festival has developed a life of its own. The concert venues are called sabhas and over the years, more than a thousand sabhas have mushroomed across the length and breath of Chennai, ranging from ones with thatched roofs to posh auditoria, and are run by connoisseurs and music experts who double up as entrepreneurs.

The festival’s strength and sustenance is derived from the organic growth of its three essential components – community funding, artist participation and audience vibrancy. The artists must make the most of this platform where audience and festival organisers from around the world congregate. The festival is not just meant for entertainment, it also characterises Chennai as the ‘seat of culture’ and is a phenomenon that has stood the test of time.

However, while the very genesis of the festival lies in the tradition of protest against imperialism, it has become a festival of the caste-elites where the presence of the non-Brahmin communities is almost non-existent.

The origin of the Margazhi festival can be traced back to the freedom movement; it was established to counteract the elite Christmas and New Year celebrations of the British. The Indian elite drew upon their cultural traditions to challenge this cultural imperialism. Carnatic music and classical dance were not just cultural symbols but also overt political weapons that mobilised irreverence towards the reigning crown. Several poets, including Subramania Bharathi, developed a sociopolitical repertoire that is integral to concerts even today.

The politics of identity was accentuated by another historic event, one where the founding signatories of the first charter of the Madras Music Academy – all of whom hailed from the Brahmin community – signed a resolution. They resolved that the devadasis (temple dancers), who were the custodians of classical dance and were disenfranchised by the British rule, shall be brought back into the mainstream and featured in the main annual festival.

While the festival grew from strength to strength over the last 100 years, it has retained that elitism and has lost its radicalism. It now finds itself at odds with the increasing push for sociocultural inclusivity today.

The Margazhi festival cannot be in denial of the turbulent socio-political environment that envelopes it in a changing India. An emboldened right-wing ideology has grown to blur that fine line between culture, religion and politics. Simultaneously, a new generation from the hitherto marginalised communities, led by a young, erudite and intellectual critical mass, is challenging caste equations and hierarchies, and asserting their voices in the mainstream consciousness. Even cinema has begun to strongly reflect this irreverence, the most recent example being the film Kabali, where the protagonist literally wears his Dalit identity on his sleeve. Tamil Nadu has arguably been deeply dented by the politics of exclusion, which was a major fallout of the much-needed reservation policy from the 1960s to 1980s. With the fiercely contested implementation of the reservation policy, castes became even more isolated from one another as they battled for limited space in almost every arena, especially education. The arts were no exception.

The classical arts have come to be identified with the Brahmin community, and the focus of their practitioners has been more on its development as an art form than on its socio-cultural inclusion. Young artists like Chitravina Ravikiran and Sanjay Subrahmanyan have sought to unearth unknown and unrecognised composers and poets, regardless of their position in the social hierarchy, and highlight them at the festival. Hence, even though the organising and artistic community did not deliberately engineer the exclusion of the ‘other’, it did not proactively attempt its inclusion either.

In the politics and processes of socio-cultural inclusion, the challenges are complex and the solutions are not easy. However, Madras Music Season, like any other event of importance, is compelled to respond to the overt and underlying societal trends and aspirations. While there have been nascent efforts to take Carnatic music to community spaces such as parks and beaches, egalitarianism is a two-way street.

Considering the magnitude and credibility of the event, the festival could actually turn itself into an opportunity to reconnect with its roots of protest by becoming another beginning for the discourse on social and cultural egalitarianism. The sabhas, that are the nerve-centres of the festival could kick-start outreach initiatives, in concert with the artistic community, that can explore talent for Carnatic music across the social spectrum and subsequently help to nurture this talent over a period of time. Outreach to develop audiences can be driven by several community initiatives, but to train, nurture and develop talent within these communities is a powerful approach for a representation that goes beyond inclusivity. This requires sustained support and infrastructure that the sabha system already has.

After all, the Madras Music Season began as a revolt against British imperialism. A second revolution that challenges a home-grown imperialism will be arduous and long, but if it can be as resilient and powerful as its first one was for freedom, then it can demolish the culture of exclusion from the artistic sanctum that has eluded a majority of the untapped genius of the grassroots.

Sharada Ramanathan is a film director.